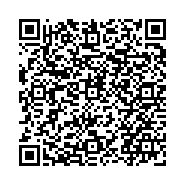 Decades are being passed but there is no proper treatment for Cancer research. It had revealed that human cancer is a multistep process involving acquired genetic mutations, each of which impaires a particular type of growth advantage to the cell and ultimately leads to the development of the malignant phenotype. The consequences of the mutations in the tumour cells include alterations in cell signalling pathways that result in uncontrolled cellular proliferation, insensitivity to growth inhibition signals, resistance to apoptosis, development of cellular immortality, angiogenesis and tissue invasion and metastasis.

Here we address the fundamental principles of cancer genetics, cell cycle control and invasion and metastasis. The idea that human cancer is a result of multiple mutations in the deoxyribonucleic acids sequence of a cell has developed during the past 30 years. A mutation is any change in the primary nucleotide sequence of DNA and the mutation may or may not have a functional consequence. Bert Volgelstein and Ken Kinzler provided the most thoroughly studied example of human cancer that illustrates this multistep process. Their field of cancer genetics emerged to study the different types of mutations as well as the consequences of the mutations in tumour cells. The research families with rare inherited colon cancer syndromes demonstrated that multiple somatic mutation events are required for the progression from normal colonic epithelium to the development of carcinoma in situ. The mechanisms through which the mutations in the DNA occur are varied and include imprecise DNA repair processes, random replication errors, splicing errors, messenger ribonucleic acid processing errors, exposure to carcinogens such as radiation or chemotherapy or incorporation of exogenous DNA into the genome such as viral DNA or RNA.

The specific genes that are mutated in the cancer cell have been described as falling into two general functional classes. The first class of genes directly regulates the processes of cell growth and includes the oncogenes and tumour suppressor genes. The second class of genes that are mutated in the cancer cell is the so called care taker genes. These genes are involved in processes of maintaining the integrity of the genome. The study of human retroviruses in the 1970s and the discovery of reverse transcriptase lead to the finding of the first human oncogenes. Oncogenes are mutated forms of normal cellular genes called proto-oncogenes. Proto-oncogenes include several classes of genes involved in mitotic signalling and growth control, typically encoding proteins such as extracellular cytokines and growth factors, trans-membrane growth factor receptors, transcription factors and proteins that control DNA replication. Importantly, all of the proteins encoded by proto-oncogenes control critical step in intracellular signalling pathways of the cell cycle, cell division and cellular differentiation. To date, more than 75 different proto-oncogenes have been identified. In human cancer, the mutation event in the proto-oncogene typically occurs in a single allele of the gene and imitates an autosomal dominant mode of inheritance which means mutations in a single allele are sufficient to cause disease and finally, leading to a gain of functional phenotype. The mutations that activate the proto-oncogene to the oncogene include point mutations, DNA amplication and chromosomal rearrangements.