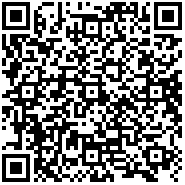 The International Partnership on Avian and Pandemic Influenza was established in 2005 with the goals of raising awareness of avian flu coordinating activities, and enhancing disease reporting and surveillance to better prepare for pandemics in the future. The Global Early Warning System for Major Animal Diseases (GLEWS), the Crisis Management Center for Animal Health, the Global Avian Influenza Network for Surveillance, and new networks of laboratories have emerged to detect and respond to avian flu. Following the outbreak in 2003, WHO member nations have also acknowledged the need for a more open and equal distribution of vaccines as well as other advantages from these networks. Programs relating to other emerging and emerging diseases have been built on the cooperative approaches.

In Indonesia, power and financing for the Ministry of Health were recentralized through discussions with international response networks. By proposing to increase the proportion of large-scale commercial farms and decrease the number of poultry keepers from 8 million to 20 million by 2010, policymakers in Vietnam used HPAI control to hasten the industrialization of livestock production for export with the help of the Food and Agriculture Organization of the United Nations (FAO) [1].

Backyard poultry farming was perceived as "traditional Asian" agricultural methods in contrast to contemporary commercial chicken farming and as a biosecurity risk. Due to a lack of biosecurity and close human interaction, backyard farming appeared to provide a greater danger than commercial farming, yet the transmission of HPAI in intensively farmed flocks was higher due to high density rearing and genetic homogeneity. Indonesian Health Minister Siti Fadilah Supari said in December 2006 that her countries will no longer share samples collected from Indonesian patients due to a decentralized national government that the populace did not fully trust. The Global Influenza Surveillance Network (GISN), which is run by the WHO and is responsible for monitoring seasonal and pandemic influenza, was disrupted by this decision, shocking the entire community. The GISN is predicated on nations freely exchanging viral specimens with the WHO, who then evaluates and distributes these samples to pharmaceutical companies to make vaccinations that are then sold back to these nations [2,3].

The most susceptible groups were the underprivileged small-scale farmers, as poultry is a source of both food security and monetary assets. In Vietnam, where many households make no more than $2 per day, the loss of birds from HPAI and culling resulted in an average loss of 2-3 months of production and USD 108 for households. Children under the age of five in Egypt are an indication of the lack of food security for vulnerable households.

A high danger of catching avian influenza does not exist in people who do not frequently come into touch with birds. Workers in poultry farms, those in animal control, wildlife biologists, and ornithologists who work with live birds are among those at high risk. Prior to the detection of any cases, organisations with high-risk personnel should have an avian influenza response strategy in place. For prevention, the biosecurity of chicken flocks is crucial. Birds from slaughter channels shouldn't be brought back to the farm; flocks should be kept separate from outside birds, especially wild birds, and their waste; and vehicles used near the flock should be periodically sanitized and not shared across farms [4,5].

With proper infection control and the use of Personal Protective Equipment (PPE), the risk of infection is low. Protecting the eyes, nose, mouth, and hands is essential for protection as these are the most common entry routes for the virus into the body. A head cover or hair cover, gloves, boots or boot covers, and aprons or coveralls are examples of appropriate personal protective equipment. PPE that can be discarded is advised. The right PPE should also include an N-95 respirator and unvented or indirectly vented safety goggles. Another choice is a Powered Air Purifying Respirator (PAPR) with a hood, helmet, and face shield. An isolated case's proper reporting can aid in halting spread. According to the Centers for Disease Control and Prevention (CDC) (US), if a worker experiences symptoms within 10 days after handling diseased birds or potentially contaminated goods, they should seek medical attention and inform their employer, who should then inform public health authorities [6].