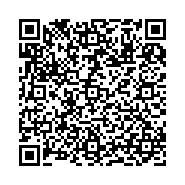 Group theory is the study of the mathematical structures called as groups in abstract algebra. The fundamental idea in discrete mathematics is the notion of a group. Several well algebraic structures, such rings, fields and vector spaces, can also be viewed as groups that have extra operations and theorems. In mathematics, groups frequently appear and many aspects of algebra have been impacted by group theory techniques. Two branches of group theory which have made progress and emerged as distinct topic areas are Lie groups and linear algebraic groups. Symmetry groups can be used to describe a variety of complex processes, including three of the four known fundamental forces in the universe and hydrogen atoms and crystals. Thus, there are numerous significant applications of group theory and the closely related representation theory in physics, chemistry and thermodynamics. Cryptography using public keys is also heavily reliant on group theory.

Point groups, molecular symmetries and space groups are all used in chemistry and materials science to categories regular polyhedra, crystalline structure and atomic symmetries. Afterwards, the designated groups can be used to establish physical characteristics like chemical polarity and chirality, spectroscopic characteristics particularly helpful for Raman spectroscopy, thermal analysis, spiral dichroism spectroscopy, magnetic circular dichroism spectroscopy, UV/V is spectroscopy and fluorescence spectroscopy, as well as to create molecular orbitals. Numerous physical and optical characteristics of compounds are influenced by molecular symmetry, which also sheds light on the nature of chemical processes. Finding the collection of symmetry operations that exist on a given molecule is necessary in order to assign a point group to it. A rotation about an axis or a reflection through a mirror plane is examples of actions that constitute a symmetry operation. In other words, it involves moving the molecule in a manner that makes it identical to its initial form. The rotational axes and reflection planes are referred to as "symmetrical components" in group theory. A point, line or plane that is used to perform the symmetrical operations can be one of these elements. A molecule's particular point group is determined by its symmetry operations. There are five significant symmetrical operations in chemistry. Identity Operation (E), Rotational Operation or Correct Rotation (Cn), Reflection Operation (σ), Inversion and Rotation Reflection Operation (Sn) is the operations that are involved. The molecule is left in its current state as part of the identity procedure. Any amount of complete rotations around any axis is the same as this.

All compounds share this symmetry but asymmetric molecules only have the identity operation in their symmetrical group. Every molecule has an identity operation, including those without symmetry. The molecule is rotated about a certain axis by a particular angle when an axis is rotated (Cn). It involves rotating around a central axis at an angle of 360°/n, where n is an integer. A single molecule, for instance, maintains its initial structure after rotating 180 degrees around the axis that runs between the carbon atom and in between the hydrogen atoms. Since it produces the identical operation when applied twice, n is equal to 2 in this instance. The Cn axis with the highest value of n is the highest order rotation axis or primary axis in molecules with more than one rotation axis. For instance, the major axis of rotation in boron trifluoride is C3, which also happens to be the highest order of rotation axis. It is more difficult to do inversion (i) Each point travels through the molecule's core to a location opposed its starting position and a distance equal to that distance from the central point. Inversion symmetry is absent in many molecules, including methane and other tetrahedral compounds, which at first glance appear to have an inversion core.