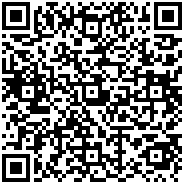 Bixa orellana L., commonly known as ‘Sinduri’ and ‘Annatto’, is a monotypic genus of the family Bixaceace. It is native to Central America and tropical South America but now-a-days naturalized in Indian-subcontinent. The plant is chiefly valued for its carotenoid pigment, Bixin, the principal coloring matter present in the seeds . Bixin, is a carotenoid carboxylic acid, harm less organic dye, used as a red-orange dye for coloring rice, cheeses, soft drinks, butter, cosmetics and soup, not only in food products but also in the textile, paint, and cosmetic industries

Bixa orellana L., commonly known as ‘Sinduri’ and ‘Annatto’, is a monotypic genus of the family Bixaceace. It is native to Central America and tropical South America but now-a-days naturalized in Indian-subcontinent. The plant is chiefly valued for its carotenoid pigment, Bixin, the principal coloring matter present in the seeds [1]. Bixin, is a carotenoid carboxylic acid, harm less organic dye, used as a red-orange dye for coloring rice, cheeses, soft drinks, butter, cosmetics and soup, not only in food products but also in the textile, paint, and cosmetic industries. Traditionally Bixa is known to treat several ailments, including internal inflammation, gastric ulcers and stomach discomfort [5-7]. Essential oil of Bixa seeds possess anti-leishmanial activity [4]. Bixa is cultivated mainly for the seeds and is traded in the form of sundried seeds [2]. International food safety restrictions on synthetic colourants in food items, particularly in dairy products have led to the increased use of Bixin. The major world markets are USA (3000 tons/year) and Europe (12,000 tons/year) [2].

Bixa can be propagated by seeds and stem cuttings. The seed germination is very eratic and takes around 30-45 days for some of the seeds to germinate. The seeds require optimum storage conditions for proper germination. There is significant reduction in seed germination with the passage of time. Only 8% germination is found under natural conditions [2] (Figure 1). The plant shows flowering from 2nd to 3rd year onwards. In India, B. orellana cultivation is mainly restricted to southern states [3].

Figure 1. Morphotypes of Bixa orellana L. (A1 to A3; B1 to B3 and C1 to C3: buds, flowers, young and mature capsules of white, pink and pinkishpurple flowered plants).

The diverse germplasm collected from various locations of India has been investigated for morphological diversity among the germplasm, effects of biofertilizer treatments on seed germination and plant growth, yield and quality of B. orellana.

Matured seeds of Bixa, collected from different geographical locations; Tamilnadu, Kerala, Maharashtra, Gujrat, Orissa, Uttar Pradesh and Meghalaya were conserved in the Field Gene Bank at Distant Research Centre of CSIR-National Botanical Research Institute, Lucknow (80°45'-53'E, 26°40'-45'N at an elevation of 126 meter above the mean sea level). Total 17 accessions were grown under homogenous agronomic practices in partially reclaimed sodic soil conditions. The soil of the experimental plot was silt-clay loam having a pH of 8.5 and EC 0.3 dS/m. Under good soil conditions, 2 to 5 seeds per hole are sown directly in well prepared field at the beginning of rainy season. After germination, only one healthy seedling is allowed to grow. However, in adverse conditions of sodic wastelands, it is advisable to raise the seedlings in nursery and plant them in field after hardening of about two months. Before sowing, the seeds of Bixa were treated with Trichoderma and Bacillus along with Control. Five seed sets in replication of four (total twenty seeds of each accession) were sown in rooting trays in July 2011. Data on germination was recorded at 30th day of sowing, and seedlings were transferred to perforated polythene bags. The seedlings were kept in nursery for three months before planting them in field in November 2011.

Generally Bixa is described to have cordate shape leaves with pointed tip while flowers are of white and pink colour. The fruits are capsule, bivalved, covered with bristles and have numerous reddish orange seeds. In our study, few plants started flowering in the second year, while others flowered in third year. On flowering, variations in flower colour (white, pink and pinkish-purple), capsule colour (green, bright red and maroon) and shape (conical, cordate and triangular) were observed. The observations related to the morphological variability, in terms of time of bud initiation, bud colour, bud drop, flower colour, flower diameter and capsule drop were recorded. The post-harvest observations on capsule size, capsule weight, number of seeds/capsule, 100 seeds weight, seed weight/capsule, seed yield per plant were also documented. The biochemical variations in terms of Bixin content were quantified using high performance liquid chromatography photodiode array (HPLC-PDA).

The largest capsule size (4.1 cm × 3.4 cm) was documented from pink flowered plants (Table 2). Maximum capsule weight (1.91 g), number of seeds per capsule (39.6), 100 seed weight (3.31 g) and seed weight per capsule (1.39 g) were recorded from white flowered/green capsule plants. The highest seed yield per plant was measured from pinkish-purple flowered/maroon capsule plants (3.08 kg) while the pink purple flowered/bright red capsule plants yielded only 0.66 kg seeds per plant. There was large variability in Bixin content of the seeds from different morphotypes. The Bixin content was highest (1.5%) in seeds from maroon capsules, followed by green and bright red capsules.

Table 2. Variations in seed yield and its attributes and Bixin content of Bixa morphotypes.

The authors are grateful to the scientific and technical staff of Plant Diversity and Herbarium Division and Director of CSIRNational Botanical Research Institute, Lucknow for support in the study. The financial support from CSIR projects RSP-0031 and BSC-110 is also acknowledged.