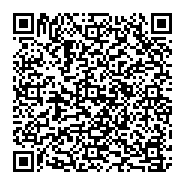 In this investigation an attempt has been made to understand the three different tool rotational speeds, welding speed have been used to fabricate the joints .The formation of FSW zone has been analyzed tensile properties of the joints have been evaluated and correlated with the FSW zone formation. From this investigation it is found that the at 1120 rpm and welding speed 40 mm/min produces mechanically sound and metallurgically defect free welds compared to other joints

Friction stir welding (FSW) is a solid-state joining process using frictional and adiabatic heat generated by a rotating and traversing cylindrical tool with a profiled pin along a square butt weld joint. The advantages of the solid-state FSW process also encompass better mechanical properties, low residual stress and deformation, weight savings, and reduced occurrence of defects [1,2]. The FSW was first developed in 1991 by The Welding Institute (TWI), and ever was investigated. The main focus was to examine the texture evolution, grain size change and grain boundary characteristics with respect to the welding parameters of advancing and rotating speed. In 6061 alloy of the mechanical properties are evaluated. recent years, demands for light-weight and/or high strength sheet metals such as aluminum alloys have steadily increased in aerospace, aircraft and automotive applications because of their excellent strength to weight ratio, good ductility, corrosion resistance and cracking resistance in adverse environments. During FSW process, the rotating tool induces a complex deformation in the surrounding material that varies as a function of welding condition [3-5]. Recrystallization of the microstructure takes place under severe plastic strain and elevated temperature due to FSW process, usually resulting in a very fine-grained structure in the weld zone. It is therefore expected that the complicated microstructure around the weld zone would govern the fatigue property of FSW joints.

However, the fatigue behavior of FSW joints is still unclear [6,7]. In this present investigation, effect of rotational speed (i.e. 900 rpm, 1120 rpm, and 1400 rpm) and welding speed on mechanical properties of friction stir welded of AA 6061 alloy. Since the FSW studies have been mainly focused on the joining of Al alloy systems [3,4], which has the greatest demand in various industries over conventional welding processes. In this study, the microstructure of Al 6061-T6 alloy welded by FSW method.

In this investigation, an attempt has been made to understand the influence of various types of tool rotational speeds and welding speeds on mechanical properties of friction stir welded aluminum AA 6061 alloy.

Rolled plates of 5 mm thickness Al 6061-T6 alloy were cut to the required dimensions (240mm×60 mm×5mm) by wire cut Electric Discharge Machine. The schematic diagram of AZ31B Mg alloy plates used for FSW is shown in Fig.1. The chemical composition of base metal is presented in Table 1. The initial joint configuration was obtained by securing the plates in position using mechanical clamps. The direction of welding is normal to the rolling direction and single pass FSW used to fabricate the joints. The diameter of the tool shoulder (D) is 18 mm and that of the insert pin diameter (d) and pin length (L) are 6 mm and 4.8 mm respectively. The schematic diagram of Tool geometry is shown in Fig.2. The FSW parameters such as tool rotational speeds and travelling speed were 900 rpm, 1120 rpm, 1400rpm, and 1800 rpm with 40mm/min respectively. The tool onward tilted an angle of 2.50 and a vertical load of 5KN is applied. The FSW process parameters and tool nomenclature are presented in Table 2.The process is carried out on a vertical milling machine (VMM) (Make HMT FM-2, 10hp, 3000rpm). The specimens for metallographic examination were sectioned to the required size and then polished using different grades of emery papers. A standard reagent made of 4.2 g picric acid, 10 ml acetic acid, 10 ml diluted water, and 70 ml ethanol was used to reveal the microstructure of the welded joints. Micro structural analysis was carried out using a light optical microscope (Maker: Metzer-M, Binocular Microscope; model: METZ-57) incorporated with an image analysing at high magnification to estimate the weight percentage of elements. The smooth tensile specimens were prepared as per ASTM standard to evaluate yield strength, tensile strength, and elongation of the joints. Tensile test was carried out in a 100 KN electromechanical-controlled universal testing machine (maker: FIE-Bluestar, India; model: TUE-600C).

Tensile testes of as-received Al 6061-T6 alloy and the FSWed joint were determined at ambient temperature and three specimens were machined from each joint and the average was reported.

The charpy impact specimens were prepared according to the ASTM: E23-06 standard and evaluate the impact toughness of the weld metal and stir zone, and hence the notch was placed (machined) at the weld metal (weld centre) as well as in the SZ. The schematic sketch of charpy impact specimen is shown in Fig.5. Impact testing was conducted at room temperature using a pendulum type impact testing machine with maximum capacity of 300 J. The tool geometry and rotational speed have been identified as the important parameters that affect the stir zone microstructure and properties of Friction Stir Welding (FSW) process. The following conclusions can be obtained

• Of the three joints fabricated using three different welding speeds of 25 mm/min and 80 m shown lower mechanical properties as compared to the welding speed of 40 mm/min.