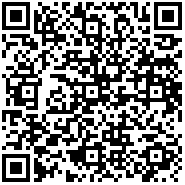 Periodic and comprehensive oral evaluations at dental clinic frequently employ the use of radiographs to help visualize the teeth and surrounding areas in ways not possible via the naked eye; but radiation exposure also presents many potential hazards and for this reason it should be clinically justified. Even though the relative risks associated with dental radiography are quite low maintaining good, safe radiation procedures at all times is the dentist’s professional responsibility and he/she should take care of the same and this will be beneficial to both the patient and especially the dentists who have long term exposure to X-rays. Hence, in this article special focus has been given on the protocols followed till date and we have tried to create awareness regarding same.

Professor Wilhelm Conrad Roentgen, a Bavarian physicist, accidently discovered X-rays on November 8, 1895. The first dental bitewing radiograph, whose exposure time was about 25 minutes due to combination of unreliable generator output and relatively low sensitivity of receptor, was performed on himself by Dr. Otto Walkhoff in 1896, which was glass plated it by hand with photographic silver emulsion [1]. This cumulative effect of long and repetitive radiation exposure led to the irreparably damaged tissues of the radiography's early pioneers [2], this raised an issue to decrease the radiation exposure to the public and the operator. As a result the radiation doses have been greatly reduced needed to make radiographic images over the past century [1]. Today various factors such as fast film, collimation, filtration, standardisation of x-ray film processing, have greatly helped us in quality assurance programmes and achieving a reasonable radiographs by keeping radiation hazards at bay [2].

As technology advances in dental radiology, operators must maintain current knowledge and adapt their skills for the best treatment of the patient. Radiography is a highly technical field, essential to the modern dental practice. The intraoral radiographic image, when correlated with the case history and clinical examination, is one of the most useful and powerful diagnostic aids available to the dental practitioner. Although the radiation doses used by dentists might be low for individual examinations, patients are exposed to repeated examinations overtime, and many people are exposed during the course of dental care [3]. Broad range of exposures used in dental offices ranging from 5 µSv bitewing to 14-24 µSv for extra-oral imaging such as panoramic radiography are encountered. Thanks to such varied techniques, per capita dose of radiation has increased in today’s population, nonetheless our awareness regarding the same has also increased [4]. Hence the major concern of dentist is to reduce the radiation exposure to the patient and surrounding environment, without compromising the quality of image [5]. Therefore proper techniques must be employed to reduce radiation exposure to the patient through the use of protective aprons, digital radiology, high speed films, and proper technique; thus decreasing radiographic retakes and additional exposure.

Various national and international bodies like Atomic Energy Regulatory Board (AERB) in India, The International Commission for Radiation Protection (ICRP), and the National Commission for Radiation Protection (NCRP) in America, and have published some strict guidelines to be followed by professionals exposed to X-ray radiations regularly and also for general public who form the patient population, which can be discussed as follows [6].

The current radiation protection standards are based on three general principles:

b) Proper protection should be utilised while using the same as applicable to the professional and any strata of the society and general population coming in contact of the same.

c) Annual dose limits for occupational exposures, public exposures, and exposures to the embryo and foetus should be established as they fall in vulnerable group of population.

In keeping with current radiation protection philosophy, exposure to all persons should be kept As Low as Reasonably Achievable (ALARA).

Dose reduction can be achieved by,

2. Collimation of the beam

5. Use of barriers like lead aprons and thyroid collars

Use of a fast speed has contributed more to radiation safety than any other factor except rectangular collimation.

Image receptor is a device that changes the X-ray beam into a visible image [8]. Since the discovery of X-rays, radiographic film remains a widely used image receptor for capturing, displaying, and storing radiographic images, due to its low cost and less equipments involved though slow transition to digital radiography is seen [9].

There are many factors that govern the film speed for e.g., the larger the silver halide crystals, the faster the film speed. Also emulsion coated on both sides of film increases film speed. Based upon the film speed the radiographic film is available in six speeds, labelled A, B, C, D, E and F. A speed film is the slowest film; F speed the fastest. D, E, E/F and F speed film are commercially available [10] faster films are always desirable but without sacrificing the image quality of radiographs [11].

Eastman Kodak Co. (Rochester, N.Y., USA) has leaded by production of D-speed film (Ultra-speed) in 1955, which has become the “gold standard” in digital technology [11].

This films introduced in 1981 by Kodak promised to reduce radiation exposure to patients by 50% but gained limited clinical acceptance because of the more grainy appearance, poor image quality and it's known sensitivity to long-term storage [11].

E-Plus film launched in 1994 has the same sensitivity as E-speed film, but with improved resolution. This improvement has been brought about by replacing the traditional pebble-shaped silver halide grains with tabular grains (T-Mat film emulsion), which has improved the image resolution along with increased the light-gathering ability and hence the speed, reducing the patient radiation exposure significantly [11]. But if E-Plus film is to achieve universal acceptance it has to be shown to be of comparable or superior diagnostic quality to D-speed film hence a study was conducted by Wong A et al. to compare the diagnostic accuracy of D-speed and E-Plus films for the detection of proximal surface caries where the authors found no significant difference between the two films for the mean correct diagnosis but the effect of underexposure was significant for D-speed film as compared to E-Plus film and thus it was concluded that the patient exposure can be reduced significantly with no loss of diagnostic ability by changing from D-speed film to E-Plus film [12].

Kodak In sight dental film, a new F-speed film, introduced in 2000, using patented T-Grain film technology has demonstrated image that are quality characteristics better than Kodak E-Plus film. Existing emulsion technology used for E-Plus film has been used but amount and size of silver grains has been optimised for keeping image sharpness same. This new film requires 20% less exposure time than E-Plus film. Kodak discontinued the production of Ekta speed Plus film in 2001, due to the reported success of Insight [11].

A test of image resolution showed all three film types were able to resolve at least 20 line-pairs per millimetre. Insight films were not only shown to provide stable image characteristics in depleted processing solutions but also were more resistant when processed in used chemicals [15]. Literature review also illustrates:

A study by Sheaffer JC et al. that all 3 film types were similar in objective and subjective ratings to determine endodontic working lengths. And hence the faster film is preferred to minimize the radiation [17].

Unfortunately many dentists are still unaware of the dental film speed as shown by the survey carried out by Faraz N at Jeddah, KSA where a high proportion of dentists (45%) did not know about the film speed. Similar studies in Uganda (2002) showed that 40% and in Turkey (2005) 66%, didn't know the speed [18].

Misconceptions about price, clinical film quality, and processing has limited the use of newer films. Also other manufacturer’s D-speed film to E-speed or F-speed film shows no significant clinical differences, based on similar mean-correct diagnosis, comparable sensitometric properties and similar clarity of film compared to D-speed film. Change of practice from using slowspeed film products that contribute to patients' exposures is imperative in today’s scenario based on the fact that E- and F-speed film products offer significant exposure reduction compared with D-speed film cost approximately the same [10].

Dental radiographic examinations are not without risk and it is of great importance to note that radiation hazards are cumulative and every step to limit the exposure should be taken for optimum diagnostic result. A variety of radiation safety and protection measures, chiefly the selection criteria, receptor selection, rectangular collimation, and patient shielding should be strictly adhered to for taking care of radiation safety.

In order to give wide acceptability and importance to use low-dose practices, there is a need to expand knowledge and awareness by means of increased training and various CDE programs on radiation hazards and protection. Advancements are continually being made in the development and manufacturing of the traditional film packet. These advancements have helped to decrease radiation exposure. On the principle that patients should be exposed to a radiation dose that is as low as reasonably achievable, use of the fastest film available should be made of prime importance, but keeping in mind that it shouldn’t decrease its diagnostic value. Continuous supervision of radiographic practices along with strict certification at regular intervals must be introduced in regular practise to minimize any hazards that may arise due to radiations and more impetus should be given to lowdose techniques in day-to-day practice.