Kissing Molars: Report of a Case and Review of the Literature 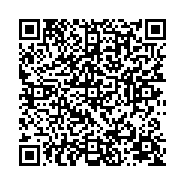 Kissing molars are unusual impacted teeth which are in close contact with each other from their occlusal surfaces in one follicular space with positioning of roots in opposite directions. This report represented a review of literature and reported a case with kissing molars of lower third and fourth molars. The impacted teeth may lead to various complications which affect the life quality of a patient. A physician should know enough information about kissing molars and its possible risks to decide will the teeth be extracted or followed.

Kissing molars (KM), also called "rosette formation", were firstly published in the literature by Van Hoof in 1973. The term of "kissing molars" imply impacted molars which are in close contact with each other from their occlusal surfaces in one follicular space with positioning of roots in opposite directions [1]. KM can occur as a single entity or could associate with mucopolysaccharidosis [2,3]. This condition is classified into three groups depending on the type of molars. Type I is impaction of lower first and second molars, type II is impaction of lower second and third molars, and, type III is impaction of lower third and fourth molars [4].

This report documented a review of literature and presented a case report with KM of lower third and fourth molars.

A 27 year-old male patient applied to our clinic with the complaining of severe pain on his lower left second molar. No systemic problem was detected on his medical history. Clinical examination revealed a profound caries on second molar related to this pain. The impaction of lower left third and fourth molars, which are termed as kissing molars, were observed on panoramic radiograph. After suggesting the treatment plan, the patient refused the operation of KM. Consequently, follow-up sessions were planned.

The occurrence of KM is a very rare condition when the literature is reviewed. Kissing of second and third molars is more common according to this review. Mandibular third molars are the most common impacted teeth, therefore, phenomenon of KM usually occurs together with these teeth [5]. On the other hand, impacted fourth molars are rarely seen. In our case, third and fourth molars were the leading parts of this phenomenon which can be considered as type III according to classification of Gulses et al. [4]. This is the eighth kissing case detected with third and fourth molars reported in the English literature.

The impaction of a tooth may cause to various pathologies including cysts, tumors, infection and deep caries of impacted or adjacent teeth. Such pathologies require surgical extraction of the related tooth with the help of CBCT examination [6]. Dentigerous cysts are the most encountered type of cysts associated with impacted molars, and can results in several tumors, such as, ameloblastoma, squamous cell carcinoma and muco-epidermoid carcinoma. Owing to risk of the occurrence these kind of pathologies, histopathological assessment is advised [7].

However, a surgical extraction should not be applied for each cases with regard to symptoms of the patient. On asymptomatic patients, systemic problems, age, size of cyst, relationship with peripheral structures and chance of orthodontic treatment applications must be considered. Our patient did not accepted the suggested treatment options because of possible complications, and so, successive follow-up sessions were arranged to prevent further complications (Table 1).

In conclusion, the impacted teeth may cause several complications which influence the life quality of a patient. On suspicious cases, CBCT and histopathological evaluation are necessary tools to figure out the risk of condition. A physician should know sufficient information regarding KM and its possible risks to determine will the teeth be extracted or followed.