Language is the Main Instrument of Spiritual Life 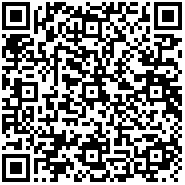 The language appeared in the history of mankind in the earliest period. At the beginning of life, people spoke the same language with each other. As a result of the development of production, they settled throughout the land, and their speech dialect changed. Gradually, other languages arose, but they retained their original origin until the present days. For example (Table 1):

Hundreds of such words, which are similar to each other, exist in many languages of the world. This proves that all languages originated from the same root, and they are related. Life is communication, and communication takes place with the help of the language, that is, language is the mode of communication between people. Language has developed over many centuries on the basis of labour. People created them, developed and enriched, that is, the language belongs to the people. Language is a reflector of history, connecting the past with the present and future life. The language is the oldest wealth, which has developed verbally and in writing to this present day.

Language is a means by which sacred, precious, scientific and artistic books are written, that is, language acquaints with the spiritual heritage of past generations.

Earth is the common home of all mankind and, despite different languages, all people have one goal - peace and happiness. This we see in the activities of the United Nations, of which 192 countries are members. This powerful organization is fighting for the restoration of peace and humanism on earth.

At the UN headquarters in New York, the following words of the Persian-Tajik thinker SaadiSherazi are written in gold letters:

The sons of Adam are limbs of each other,

Having been created of one essence.

When the calamity of time affects one limb,

The other limbs cannot remain at rest.

If you have no sympathy for the troubles of others,

You are unworthy to be called by the name of a human.

The great humanist Saadi Sherazi in his poem calls people to friendship and unity.

Knowing the international language is a requirement of the modern world. At all times, thinkers have spoken about the language.

Plato: In the field of language, people are an excellent mentor.

Pythagoras: In order to learn morals, no matter what kind of nation, try to learn his language first.

V. Belinsky: It is impossible to create a language, for it is created by the people; philologists only open its laws and bring it into the system, and writers only do it according to their laws.

Augustine: For learning a language, free inquisitiveness is more important than a formidable need.

Voltaire: To know many languages means to have many keys to one lock.

Goethe: Who does not know foreign languages, he does not understand anything and in his native language.

L. N. Tolstoy: The morality of man is seen in his relation to the word.

A. Chekhov: Beware of the refined language. The language should be simple and elegant.

D. Dryden: A well-expressed thought sounds smart in all languages.

V. Schwebel: A beautiful language puts on a decent form even stupid thoughts.

S. Lec: The one to whom the language is obedient usually keeps quiet.

V. Mayakovsky: The word is the commander of human strength.

Humboldt: Language is the creator of the idea and the feeling of every nation.

I. Brodsky: It is not the language of the poet's instrument, but rather the opposite: the poet is the instrument of a language.

N.M. Karamzin: The wealth of language is a wealth of thoughts.

VI Lenin: Language is the most important means of human communication.

F.P.Filin: Language is the first sign of a nation.

There are international terms that are used without changes in many languages. For example:

• In the field of medicine: polyclinic, doctor, pharmaceutics, gynaecology, cardiology.

Today, English becomes a world language. German, Spanish, French, Arabic and Chinese are also international languages. Learning these languages is the foundation of unanimity and association of all people. Thus, language is of great importance in the development of friendship and cooperation among the people of the world.