Laser Use for Various Conservative and Endodontic Procedures - A Review 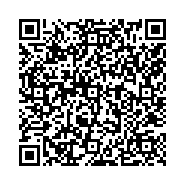 With the faster developing laser technology, new lasers with a broad range of characteristics are now available and being applied in various branches of dentistry. The aim of this article is to give an overview of the current and future clinical uses of lasers in endodontics, including their use in relieving dentinal hypersensitivity, pulp diagnosis, pulp capping and pulpotomy, cleaning and shaping of the root canal system, and surgical endodontics. Endodontic procedures for which conventional treatments cannot provide comparable results or are less effective are given emphasis.

The first laser was used on an extracted tooth 47 years ago. It is perhaps somewhat surprising that commercially available lasers have only been used in dental practice during the past 18 years [1]. Considerable research has been carried out to validate the innovative use of lasers in all branches of dentistry. Essentially, the adjunctive use of surgical lasers in dentistry has sought to address efficient cutting of dental hard tissue, haemostatic ablation of soft tissue and also the sterilizing effect through bacterial elimination [1]. Less powerful, non-surgical lasers have been shown to modify cellular activity and enhance biochemical pathways associated with tissue healing, aid in caries detection and assist in the curing of composite restorative materials [1].

Experimental work undertaken by other workers into various incident energy wavelengths and target materials, resulted in the invention of the first LASER (light amplification by the stimulated emission of radiation) by Theodore Maiman, at the Hughes Aircraft Company USA, in 1960 [2]. Maiman’s laser used a solid ruby as an ‘active medium’, which was energised or ‘pumped’ by an electrical source. Many other kinds of laser were invented soon after the solid ruby laser – the first uranium laser by IBM Laboratories in November 1960, the first helium-neon laser by Bell Laboratories in 1961 and the first semiconductor laser by Robert Hall at General Electric Laboratories in 1962; the first working neodymium-doped yttrium aluminium garnet (Nd:YAG) laser and CO2 laser by Bell Laboratories in 1964, argon ion laser in 1964, chemical laser in 1965 and metal vapour laser in 1966 [2]. In each case, the ‘name’ of the laser was annotated with regard to the active medium (source of laser photons) used. In 1989, experimental work by Keller and Hibst using a pulsed erbium YAG (2,940 nm) laser, demonstrated its effectiveness in cutting enamel, dentine and bone. This laser became commercially available in the UK in 1995 and shortly followed by a similar Er,Cr:YSGG (erbium chromium: yttrium scandium gallium garnet) laser in 1997, amounted to a laser armamentarium that would address the surgical needs of clinical dentistry in general practice [2].

Diagnosis of Blood Flow in the Dental Pulp

Laser Doppler flowmetry (LDF) was developed to assess blood flow in microvascular systems, e.g. in the retina, gut mesentery, renal cortex and skin [3,4]. This original technique utilized a light beam from a helium–neon (He-Ne) laser emitting at 632.8 nm, which, when scattered by moving red cells, underwent a frequency shift according to the Doppler principle [3,4]. A fraction of the light back-scattered from the illuminated area was frequency shifted in this way. This light was detected and processed to produce a signal that was a function of the red cell flux. This information can be used as a measure of blood flow, the value being expressed as a percentage of full scale deflection (percentage FSD) at a given gain. This method was adopted to monitor blood flow in intact teeth in animals [5,6] and in man [7,8].

The lasers used for LDF are usually at a low-power level of 1 or 2 mW, and no reports on pulp injury by this method have been made. The other use of laser for diagnostics related to endodontics was the application of an excimer laser system emitting at 308 nm for residual tissue detection within the canals [9].

Dentinal hypersensitivity can arise through incorrect tooth brushing, gingival recession, inappropriate diet, and because of other factors [10]. Stimulus transmission across dentine in hypersensitive teeth may be mediated by a hydrodynamic mechanism [11]. The lasers used for the treatment of the dentinal hypersensitivity are divided into two groups: low output power lasers [He-Ne and gallium/aluminum/arsenide (GaAlAs) lasers], and middle output power lasers (Nd:YAG and CO2 lasers).

The mechanism causing a reduction in hypersensitivity is mostly unknown, but it is thought that the mechanism for each laser is different. In the case of low-power lasers (He–Ne and GaAlAs lasers), a small fraction of the laser’s energy is transmitted through enamel or dentine to reach the pulp tissue [12].

It has been suggested that He–Ne laser irradiation may affect the electric activity (action potential) and not affect peripheral A or C-fiber nociceptors [13] . Laser energy at 1064 nm (Nd:YAG laser) is transmitted through dentine [14], indicating thermally mediated effects [15] and pulpal analgesia [16]. Using the CO2 laser at moderate laser energies, mainly sealing of dentinal tubules is achieved, as well as reduction of permeability [17].

In general, the efficacy of lasers is higher than other methods, but in severe cases, it is less effective. It is necessary to consider the severity of dentinal hypersensitivity before laser use.

In immature permanent teeth, devitalization and root canal treatment are not advisable until full apex formation and closure have occurred. Thus endodontic treatment of choice comprises pulpotomy and subsequent dressing with calcium hydroxide. If a laser is used for the procedures, a bloodless field would be easier to achieve due to the ability of the laser to vaporize tissue and coagulate and seal small blood vessels. Moreover, the treated wound surface would be sterilized. Melcer et al. [18] first described laser treatment of exposed pulp tissues using the CO2 laser in dogs to achieve haemostasis.

The CO2 laser was a valuable aid in direct pulp capping in human patients was reported by Moritz et al. [19]. The first laser pulpotomy was performed using the CO laser in dogs by Shoji et al. No detectable damage was observed in the radicular portions of irradiated pulps with the CO2 laser [20]. Wound healing of the irradiated pulp seemed to be better than that of controls at 1 week, and dentine bridge formation in the irradiated pulp was stimulated at 4 and 12 weeks after operation using the Nd:YAG laser [21]. Dang et al. [22] found CO2 laser pulpotomy to be very successful, even in teeth with large exposure sites, subjected to bacterial contamination for several days.

For laser use in pulp capping and pulpotomy, an appropriate parameter must be selected. If the laser energy is too strong, the treatment will be unsuccessful.

Various studies into the sterilization of root canals have been performed using CO2 and Nd:YAG lasers [23-25].

The Nd:YAG laser is more popular, because a thin fibreoptic delivery system for entering narrow root canals is available with this device. Many other lasers such as the XeCl laser, the Er:YAG laser, diode laser, and the Nd:YAP laser have also been used for this purpose [26].

All lasers have a bactericidal effect at high power that is dependent on each laser. There appears to exist a potential for spreading bacterial contamination from the root canal to the patient and the dental team via the smoke produced by the laser, which can cause bacterial dissemination [27]. Thus, precautions such as a strong vacuum pump system must be taken to protect against spreading infections when using lasers in the root canal [28]. Sterilization of root canals by lasers is problematic since thermal injury to periodontal tissues is might occur. It is therefore better to select an appropriate laser parameter.

Since clean and regular root canal walls can be achieved using Nd:YAG laser irradiation, root canal shaping using this modality has been suggested [29]. The photopolymerization of camphorquinone-activated resins for obturation is possible using an Ar laser emitting at 477 and 488 nm [30,31]. The results indicate that an Ar laser coupled to an optical fibre could become a useful modality in endodontic therapy. An SEM examination revealed that laterally compacted resin fillings showed fewer voids than those obtained by vertical compaction. Ar, CO2, and Nd:YAG lasers have been used to soften gutta-percha [32,33], and results indicate that the Ar laser can be used for this purpose to produce a good apical seal.

If a laser is used for the root end surgery, a bloodless surgical field should be easier to achieve due to the ability of the laser to vaporize tissue and coagulate and seal small blood vessels. If the cut surface is irradiated, the surface is sterilized and sealed.

Moreover, the potential of the Er:YAG laser to cut hard dental tissues without significant thermal or structural damage would eliminate the need for mechanical drills. Clinical investigations into laser use for apicectomy began with the CO2 laser [34], which was successfully used for the treatment of a secondary apical abscess. The use of this laser was expected to seal the dentinal tubules in the apical portion of the root and to sterilize the affected area. Use of laser for retrograde cavity preparation in extracted teeth showed that the working time with the Er:YAG laser is significantly less than with ultrasonic tools, but no significant differences were reported between the groups treated with the Er:YAG laser and the ultrasonic tools with regard to dye penetration. The Ho:YAG laser has also been evaluated for apicectomy in extracted teeth [35]. The sealing ability of this laser was less than that of the Er:YAG laser. There have been no reports on clinical use of this laser for apicectomy. The use of laser for apicectomy procedure has some merits, but it takes more time to perform when compared to more conventional methods.

Other Uses for the Root Canal Treatment

A pulsed dye laser emitted at 504 nm was used for the removal of a calcified attached denticle [36]. SEM evaluation showed a sharp surface at the base of the pulp stone after the removal. CO2 and Nd:YAG lasers have been used for the attempted treatment of root fractures [37]. However, regardless of the reapproximation technique, laser type, energy, and other parameters used, fusion of the fractured root halves was not achieved. Lasers (Ar, CO2, Nd:YAG lasers) have been used successfully to sterilize dental instruments [38-40] and results indicated all three lasers (Ar, CO2, Nd:YAG lasers) are capable of sterilizing selected dental instruments; however, the argon laser was able to do so consistently at the lowest energy level of 1 W for 2 min.

Before imposal of this knowledge to the clinical setting, appropriate irradiation systems need to be developed. It may be possible to improvise lasers for other treatments, but before they can be recommended, it is better to investigate their effects.

With the advent of thinner, highly flexible and durable laser fibres, applications of lasers in the field of endodontics will increase. Since laser devices are still relatively expensive, access to them is limited. In the future, the laser should have the ability to produce a multitude of wavelengths and pulse-widths, each specific to a particular application. Once our quest for optimal laser parameters for each treatment method is complete, lasers can be developed that will help endodontists to care for patients with improved endodontic techniques and equipment.