Liquid Chromatographic Estimation of Epalrestat and Methylcobalamin in Pharmaceutical Formulation. 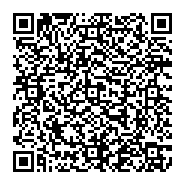 A sensitive, selective and precise high performance liquid chromatographic method has been developed and validated for the simultaneous determination of Epalrestat and Methylcobalamin both as a bulk drug and in formulation. The method employed Luna C18 column (250 x 4.6 mm id, 5 μm particle size) as the stationary phase while acetonitrile: 0.02 M KH2PO4 buffer (90:10 v/v, pH 6.5) was used as mobile phase. The Rt of Epalrestat and Methylcobalamin were observed to be 5.2 and 2.1 minutes, respectively. Analysis was carried out in absorbance mode at 254 nm. The linear regression analysis data for the calibration plots showed a good linear relationship for Epalrestat and Methylcobalamin over a concentration range of 1- 40 μg/ml and 0.2-10 μg/ml respectively with correlation co-efficient of 0.9995 for epalrestat and 0.9991 for methylcobalamin. The LOQ was found to be 0.2 μg/ml for epalrestat and 0.8 μg/ml for methylcobalamin. The method was validated as per ICH guideline and it was found to be accurate, precise and robust. Marketed formulation was analyzed successfully.

Literature survey revealed there is no published chromatographic method for this combination of drug. The present paper describes a simple, accurate and precise method for reverse phase liquid chromatographic estimation of EPL and MCA in combined tablet dosage form. The proposed method is optimized and validated as per the International Conference on Harmonization (ICH) guidelines [7]. In the present work, a successful attempt has been made to estimate both these drugs simultaneously by RP-HPLC method.

All the chemicals used were of AR grade.

The sensitivity of HPLC method that uses UV detection depends upon proper selection of detection wavelength. An ideal wavelength is the one that gives good response for the drugs that are to be detected. Overlay UV spectra of both the drugs showed that EPL and MCA absorbed appreciably at 254 nm, so detection was carried out at 254 nm (Figure 1). Figure 1: Overlain spectra of EPL and MCA (10μg/ml each)

Buffer 0.02 M KH2PO4 was prepared by weighing 2.72 g of KH2PO4 and dissolving in 1000 ml of water. Mobile phase was prepared by mixing 100 ml of 0.02M KH2PO4 Buffer and 900 ml of acetonitrile. The pH was adjusted to 6 using o-phosphoric acid (1%) or triethyl amine (1%) of the mobile phase was 6. Solution was filtered through Whatman filter paper No. 41 and sonicated for 10 min and this solution was used as a mobile phase.

EPL (10 mg) and MCA (10 mg) were accurately weighed and transferred to two separate 10 ml volumetric flask and dissolved in few ml of acetonitrile. Volumes were made up to the mark with acetonitrile to yield a solution containing 1000 μg/ml of EPL and 1000 μg/ml of MCA, respectively. Appropriate aliquot from above solutions were taken and diluted with mobile phase to obtain final concentration of 100 μg/ml and 100 μg/ml of EPL and MCA respectively.

Calibration Curve for EPL and MCA

Table 1: Regression analysis of calibration for EPL by HPLC method Table 2: Regression analysis of calibration for MCA by HPLC method

The repeatability studies were carried out by measuring response for a single concentration for 6 times a day. The % RSD was found to be 0.42% for EPL and 0.46% for MCA (Table 5). These %RSD value was found to be less than ± 2.0 indicated that the method is precise. The accuracy of the method was determined by calculating recoveries of EPL and MCA by method of standard addition. The recoveries found to be 100.56% -101.71 % and 109.18%-111.91% for EPL and MCA respectively. The high values indicate that the method is accurate (Table 6).

Limit of detection and limit of quantification

Stability of standard and sample solution of EPL and MCA were evaluated at room temperature for 24 hr. Both the drugs were found to be stable with a recovery of more than 98% (Table 8).

System suitability test was carried out and the results are summarized in Table 9.

Twenty tablets were weighed and finely powdered. Tablet powder equivalent to 10 mg EPL (and 0.1 mg MCA) was weighed and transferred in to a 25 ml volumetric flask containing few ml of mobile phase. The flask was sonicated for 5 minutes. The solution was filtered through Whatman filter paper No. 41 in another 25 ml volumetric flask and volume was made up to the mark using mobile phase(stock A). Estimation of MCA was carried out from stock A at 254 nm. From the stock A appropriate aliquot was pipette out in 10 ml volumetric flask and make up the volume with mobile phase to obtain the 40 μg/ ml of EPL (stock B). Estimation of EPL was carried out from stock B at 254 nm. The quantitation was carried out by keeping peak area in regression equation and amount of EPL and MCA were determined (Table 11).C The RP-HPLC method for the simultaneous estimation of EPL and MCA has been developed. The method was validated as per ICH Q2 (R1) guideline for accuracy, precision, linearity, specificity and robustness. The developed method was successfully applied to marketed formulation.