Malignancy Tumours and its Causes, Signs and Symptoms

Department of Oncology, The University of Milan, Milan, Italy 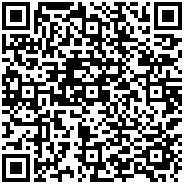 Malignancy is the propensity for a medical condition to deteriorate over time Cancer is most frequently described as having malignancy. A malignant tumour differs from a benign tumour that is not cancerous, that it has uncontrolled growth, can invade nearby tissues, and occasionally spreads to distant regions. None of the characteristics apply to benign tumours. Malignancy is the term most usually used to characterize cancer. A benign tumour that is not cancerous varies from a malignant tumour in that the latter can infect neighboring tissues, develop uncontrollably and occasionally spread to distant locations. Benign tumors are different from of the descriptions. Anaplasia, invasiveness, and metastasis are characteristics of cancer that are considered malignant. Genome instability, another characteristic of malignant tumors, causes malignancies to typically contain between 10,000 and 100,000 mutations throughout their whole genomes, as determined by whole genome sequencing. Cancers frequently have heterogeneous tumors with several sub clones.

A lump on the body that can be felt or seen can be used to identify tumours. A mammography or an MRI test can be performed to detect the presence of a tumour when there is no evident sign of a lump. A biopsy would then be necessary in the case of an existing tumour to provide a diagnosis because it determines whether the tumour is malignant or benign. A little sample of the tissue must be examined in a lab. Treatment would be required if the tumour was found to be malignant. The best results come from early intervention. Chemotherapy, surgery, photo radiation, and hyperthermia are only a few of the treatment options.

Instead of specific cause, malignant cells frequently develop as a result of several factors working together. Genetics, family history, environmental risk factors, and triggers such infectious infections are some of the variables that can explain why they arise. The ability of infectious disease agents to produce a large number of malignant cells plays a role in the development of malignancy. These include viral causes, bacterial causes, fungal causes, and parasitic causes. In conditions of chronic inflammation, bacteria, fungus, and other pathogens can produce an environment that has the potential to be cancerous. Due to a cell transformation process, viral agents can aid in the development of malignant tumours. Either "DNA integration or cellular-DNA modification of growth regulator genes" can cause this cell transformation. Because it can accelerate the development of tumours, inflammation can also contribute to the start of malignancy. Inflammation primarily serves to regenerate cells, heal tissue, and protect the body from invaders. Additionally, inflammatory cells and cancerous cells might interact to produce an inflammatory tumour microenvironment. Because anti-tumor immunity is suppressed in this setting, malignant cells are more likely to form. Once this happens, the inflammatory tumour microenvironment starts to communicate with epithelial cells in a way that promotes the growth of malignant cells.

Malignant cell formation usually occurs without symptoms until the tumour has grown significantly. When they occur, the location, size, and kind of the malignancy all affect the signs and symptoms that manifest. It can be challenging to identify or misdiagnose because it is typically extremely widespread and can be linked to other illnesses or disorders.

Observable or quantifiable characteristics, such as weight loss, a fever, or unusual bleeding, are signs. On the other hand, internal symptoms, such exhaustion or changes in appetite, are felt by the person. Pain (such as headaches or bone aches), skin changes (such as new moles or pimples), coughing, and irregular bleeding are just a few of the prevalent signs and symptoms. Female-specific signs and symptoms include breast alterations, such as the development of a lump, as well as stomach pain and bloating. Male-specific symptoms and signs include scrotal discomfort, growths, and trouble urination.