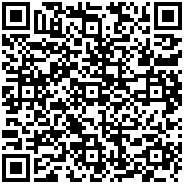 The viral disease continues to cause outbreak throughout the world. Recently, many large-scale mumps outbreak have occurred in vaccinated population.

The object of the study is to determine the trend (occurrence, age and gender of distribution) of notified clinical cases of mumps in Amiriyat Alfallujah, west of Iraq about 30 kilometres south the city of Alfallujah from January 2017 to February 2018.

We conducted a retrospective cohort study on 414 reported clinical cases in Amiriyat Alfulljah district. Via a questionnaire we collected information on clinical manifestations, history of exposure to mumps, family members affected and vaccination history.

The study results showed that the percentage of male affected was 62% and it appears that the most affected age group were between 5-15 years old and about 59% were vaccinated against the disease.

Mumps is a common childhood infection caused by mumps virus. The hall mark of the infection is the swelling of the parotid glands [1]. The complications of mumps are rare but potentially serious include orchitis, oophoritis, aseptic meningitis, encephalitis and also it can cause deafness and pancreatitis [2]. Mumps is transmitted by direct contact, droplet spread, or contaminated fomites [3]. The incubation period averages about 16-18 days (range 12-25 days) [4]. Mumps is preventable by immunization. Vaccines containing live attenuated mumps virus has been used worldwide, usually as part of measles mumps and rubella vaccines known as MMR [5,6]. This vaccine was available since 1960’s disease incidence dramatically decreased in countries with mumps vaccination programs [7-9].

This contagious disease is widely distributed in low and medium income countries like Iraq. Mumps is an insignificant and neglected public health problem because of poor documentation of clinical cases and lack of published epidemiological studies [10].

As a result of the protracted conflict in 2014-2016 more than 42000 Iraqis have been displaced from Alfallujah and the area surrounding it to Amiriyat Alfallujah and to five camps near it. Many families in Amiriyat Alfallujah camps shared a tent with others, sometimes three to four families are put in one tent. The lack of clean water and food supplies are not the only problem facing them, most of them have fled Fallujah which has endured a siege for more than two years since it fell to Islamic state of Iraq and the Levant (ISIL, also known as ISIS). By the end of 2016 people started returning to Alfallujah as the active fighting has subsided and the access has improved. A total population of 152575 has reported by the community based organization in Amiriyat Alfallujah in 2017. Due to this crisis, low level of immunity coupled with poor hygiene conditions raised the risk of mumps outbreak. The combination of limited vaccine effectiveness, improper vaccine handling, improper isolation of suspected cases and specific school setting (dense learning and living conditions) contributed to mumps spread [6].

This study has been conducted to describe the epidemiological features of mumps epidemic in Amiriyat Alfallujah.

A retrospective descriptive study was applied. Collection of data for mumps during the period January 2017 to February 2018 from three primary medical centers in Amiriyat Alfallujah district was performed using a simple questionnaire. Total of 414 cases were included in this study.

All data were analyzed statistically using Excel 2010. Descriptive statics were presented as frequencies (No.) and proportions (%). Chi square and p value were calculated, p value was set at 0.05 to be significant.

Table 1 demonstrates the occurrence of the 414 patients by age and gender. The majority of cases reported are in age group 5-15 and 62% are below fifteen years of age. The percentage of male affected is 62%.

Table 1. Distribution of studied group according to age and sex.

Almost Large mumps outbreak have been reported in several countries despite the presence of childhood immunization programs over many years including measles, mumps and rubella (MMR) vaccination [11]. Based on data reported to the world health organization (WHO) 467506 cases of mumps were reported worldwide in 2017 [12]. In 2016 around 73919 mumps cases were reported in Iraq, while 36367 cases in 2017 [13]. We collected data from three primary health care centers in Amiriyat Alfallujah named Albu-olwan, Alikhaa and Alamiriyat with the help of the daily workers from these medical centers.

Due to conflict in Al-Anabar province which started in 2014, many people who lived in Albu-olwan area were displaced which resulted in low vaccine coverage particularly in young age groups. Out of 145 children with mumps under 7 years of age, 80 of them were from Albu-olwan, 20 from Alikhaa and 45 from Alamiriyat.

As the diagnosis of mumps was mainly clinical due to lack the availability of serological diagnosis, we used simple questionnaire included information about the signs and symptoms of the disease, vaccination history, recent contact with known mumps case and other family members infected. By this questionnaire we wanted to provide a better understanding about the nature of mumps its symptoms and spread.

Regarding gender distribution, there were sustained precondorerance for males over females in a ratio of 62%. Age distribution of the reported cases has shown that most of the cases occurred in those of age 5-15 years, while a study in Sweden reported the majority of affected cases are of age 35-44 years, in Belgium the most affected age were 3-12 years, in Germany the percentage of male was 43.3% and the outbreak affected mainly age group 15-34 years [14-16].

Crowded places with many young people like high schools and universities are likely the sites for mumps outbreak. The influx of displaced people to Amiriyat Alfallujah had attributed to the overcrowding of household and schools, classes which usually have rooms for 30 students had to take in over 40 students.

Mumps vaccine is combined with measles and rubella given at 15 months and 4-6 years according to the Iraqi immunization schedule. The effectiveness of one dose of vaccine was 78% and for two doses was 88% [17]. The current antigen component of mumps in the MMR vaccine is not effective enough to eliminate the disease but it is crucial to the reduction of hospitalization and severe complications such as meningitis [18].

In ALanbar, conflicts in the past several years resulted in huge displacement of many families which caused a dense school and house settings and contributed to the outbreak of mumps.

National campaigns are needed that are specifically targeted adolescent and young adult who were displaced or have received less than 2 doses during their childhood to ensure that those who have no access to vaccination in the last five years are adequately protected.