Oil in the 21st Century 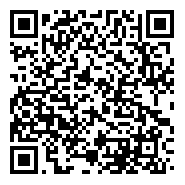 Hydrocarbons are reported to be found in all strata of the Earth’s crust and are supposed to occur in the cosmic space, too. As to genesis of hydrocarbons, there are various equally authoritative positions.

The myth of Peak Oil has been refuted with new evidence and facts. The oil recovery rates may depend on various natural and technogenic fluctuations as well as geopolitical situation. However, a great variety of hydrocarbon sources, both conventional and unconventional, have been discovered and are still being discovered; innovative methods and technologies for hydrocarbon production and utilization are being created.

On the whole, it shows that the era of hydrocarbon civilization will never end (Figures 1-4). Our Earth is turning into a giant oil planet. It is clear that there is a great amount of hydrocarbon resources in the Earth, but it is essential that this immense wealth so important for humanity should be used in a rational way.

In Russia, oil production is also constantly growing, except for the period of 1989-2001 (Figure 5).

Alternative energy sources and their role (through the Example of India)

India uses all possibilities to develop various power sources: wind energy, solar energy, gas hydrates, tidal power, dry manure fuel, producing methane from coal layers etc. Through using all available sources of energy, it is planned to increase energy consumption in India up to 400.000 MW in 2030 against 130.000 MW in 2008.

An inspiring fact: Digboi oilfield (state of Assam, India) was discovered with the help of elephants as long ago as in 1867 (Figure 6) and is still in operation. Figure 6: The wooden rig at Digboi: the first oil well of India.

Scientific Aspects: Oil Deposit is a Living System. It Should be Studied as a Doctor’s Client!

Oil-and-gas-saturated stratum is an integral interrelated system of rocks (minerals) and fluids (oil, gas, and water). An oilfield is a living fluid-rock system, subject to the laws of spontaneous autoregulation [1]. It is necessary that research and practical efforts be focused on study and control of the oilfield life. This life depends on a great number of rapidly changing factors with regard to their gradients; oil deposits may be formed, then dissolve, and after that re-generate again [2]. This is why many of oil-and-gas accumulations are young.

At present, forced commercial development of oilfields is being practiced all over the world, in order to quickly produce easy-to-extract oil with the use of all available super-intensive methods and technologies (Enhanced Oil Recovery). As a result, the residual oil (reserves) now amounts to 55-70%. To extract this residual (hard-to-extract) oil from the productive strata, conceptually new ideas and technologies are required. Efforts should be focused on developing mature oilfields in a soft, sparing and nondamaging way (Improved Oil Recovery).

Nowadays a lot of such innovative techniques are available, including aerial and space survey. One of the examples is DFMmethod (dynamic fluid method, V.B. Pisetsky, Yekaterinburg, Russia) [3] (Figure 7).

DFM-method (dynamic fluid method) for estimating the gradient pressure is based on a complex analysis of the seismic parameters and other geologic and geophysical data. DFM-technology is aimed at mapping the productive zones (foci) with active fluid cross-flows.

In fact, GasGun® technology (Figure 8) is an improved and more efficient version of hydraulic fracturing technique (Improved Oil Recovery). Its results are shown in Figure 9.

Figure 8: Gasgun®: Technology of stimulating wells with solid propellants which create oscillating gaseous jets in the perforated well or even in the open hole. a) Schematic dependence between pressure and time for three various stimulation methods. b) Typical fracture pattern produced by the Gasgun® method in underground experiment.

1. Oil deposit is a living fluid-rock system with properties and parameters rapidly changing under the influence of natural and technogenic factors. Oil deposit can be formed, dissolved and re-assembled. The hydrocarbon components may increase or decrease with time. It may be replenished either at the expense of newly formed hydrocarbon masses inside the system, or at the expense of additional inflow from other parts of the Earth’s crust.

2. To look at special source rocks as the key factor of oil genesis is a wrong position, which should be excluded from petroleum theory and practice. As early as in the middle of the 20th century, Levorsen AI (California, USA) arrived at the conclusion that oil-source rocks have no concern with actual prospecting and exploration works. In his famous Geology of Petroleum (1967) he stated (cited in a reverse translation from the Russian edition): The problem of oil-and-gas origin now loses its significance as a necessary prerequisite in planning the exploration works. The reason is that petroleum-like hydrocarbons are discovered in almost any non-reservoir rocks. The amount of residual oil (micro-oil) dispersed in these rocks exceeds all the proved reserves in the Earth. Therefore, there is no need in search for special source rocks [6]. Of course in separate regions highly-bituminous strata (the so-called oil-source formations) can be considered as prospective objects for shale-oil production with the use of improved techniques. However the possibility of environmental harm and of injurious changes in the upper crust should be strictly kept in mind.

3. In petroleum geology, the key factor is dynamics of the system state depending on a large number of uncertainties. My friend Mr. Subir Raha, former President of ONGC (India), paid special attention to this feature: The generation-migration entrapment of hydrocarbons involves innumerable variants, which leads to uncertainties and inherent risks in exploration. Geo-scientists have an important role to play in reducing these uncertainties and risks and converting them into profitable opportunities (Geological conference, Mumbai, 2004). We are obliged to find ways to raise the effectiveness of scientific research and practical results in upstream and midstream.

4. Global-scale development of the great Arctic mineral resources, including oil and gas, is likely to become possible only in the end of 21st – beginning of 22nd centuries, both because of natural difficulties, lack of technological and financial resources, and geopolitical games. Besides, environmental aspect is not properly elaborated as yet. This is especially true for Russian Arctic territories. All the strategies, plans, expert findings that are now being developed in this sphere are in fact only approbation of methods. However they are useful as a basis for preparing future joint projects, such as far-distance space flights.

5. In my opinion, for most regions of the world, the key factor in oil production in the 21st century will be the residual (hardto- extract) oil at large oilfields already in operation where a well-developed diversified infrastructure is available. It amounts to 2/3 of all proved oil reserves. To extract this oil, novel methods and technologies are required (Improved Oil Recovery).

6. To be in proper control of the oil-production technological processes, a detailed study of the fluid-rock systems (oil deposits) should be made through bottom-hole apparatus with a wide use of smart (IT) gauges. There is a lot of research and methods already available; all that is needed is practical deeds. For this purpose, it would be useful to have R&D Petroleum Polygons, or at least test wells or sections, in the oil production regions.

7. Omar Khayyam wrote: Thousands of observations and thousands of measurements are needed to avoid a single error. It is clear that only natural full-scale models are authentically reliable and effective.

8. To restore energy potential and other parameters of oil deposits, rehabilitation cycles are utterly necessary [7].

A living system requires medical approach. This is the essence of ecological paradigm.