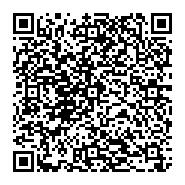 Interstitial Lung Disease (ILD) is an uncommon side effect of osimertinib, an oral Epidermal Growth Factor Receptor tyrosine kinase inhibitor (EGFR-TKI) approved for front line therapy in stage IV and adjuvant usage in stage II -III resected adenocarcinoma of the lung. We present a case of Osimertinib induced ILD in a 77 year old man with metastatic adenocarcinoma of the lung who tolerated Osimertinib rechallenge well and continued to take it for almost a year. This case study emphasizes the importance of careful Osimertinib rechallenge in a subset of patients.

Osimertinib, a third generation irreversible EGFR (Epidermal Growth Factor Receptor) Tyrosine Kinase Inhibitor (TKI), has been used as a first line treatment for patients with advanced NSCLC (Non-Small Cell Lung Cancer). It was recently approved as adjuvant therapy in completely resected Non-Small Cell Lung Cancer (NSCLC) with EGFR exon 19 deletions or exon 21 L858R mutations, based on the Adaura study [1] . Interstitial Lung Disease (ILD) caused by Osimertinib is an uncommon but life-threatening complication. Osimertinib induced ILD is estimated to affect 2–4% of patients, with a mortality rate of 1.0% [2] . Despite the fact that permanent withdrawal of the medication is the current recommendation, only a few studies have attempted to reintroduce the medicine, with mixed results. We report a case of successful re challenge of Osimertinib in a patient with stage IV lung adenocarcinoma who had experienced drug induced ILD as a result of Osimertinib.

A 77 years old non-smoking male patient presented with a 15 days history of dyspnea that was exacerbated by walking and improved by rest. An x-ray of the chest revealed Moderate Left Sided Pleural effusion. The cytology of the pleural fluid revealed the presence of malignant cells. On September 2018, a PET scan revealed a hyper metabolic hypo enhancing lesion in the collapsed left lung, as well as a massive left pleural effusion with nodular pleural thickening and bilateral cervical and mediastinal lymphadenopathy. Adenocarcinoma was suspected based on histopathological findings. NGS (Next Generation Sequencing) revealed an EGFR mutation on exon 19, and IHC for PDL1 revealed a 90 percent TPS (DAKO 22C3).

The patient was diagnosed with EGFR mutant adenocarcinoma of the left lung stage IVb (exon 19 deletion). The patient received systemic chemotherapy for two cycles every three weeks, with Cisplatin 75 mg/m2 and Pemetrexed 500 mg/m2 administered intravenously, and were then started on Tablet Osimertinib 80 mg once daily. A PET scan was performed two months after starting Osimertinib to assess the response, and it revealed considerable regression of the left lung lesion as well as complete regression of the left pleural nodule and left pleural effusion. Given his positive response, he was told to keep taking Osimertinib 80 mg/day and to return in three months for a followup (Figure 1).

The patient complained of cough and shortness of breath after 45 days. Multiple ground glass opacities with considerable intralobular interstitial thickening in the basal portions of bilateral lower lobes on HRCT (High resolution Computed Tomography) in February 2019 were fresh findings, suggesting severe interstitial lung disease. Intravenous steroids and supplementary oxygen have been used to treat the patient's ILD. The ground glass opacities had reduced, and the interstitial thickness also reduced, according to a follow-up CT scan of the chest. In addition, the patient's symptoms improved.

Osimertinib was decided to be discontinued based on current recommendations. Other generations of TKIs were not initiated since there was a possibility of drug-induced ILD with these drugs as well. As a result, the patient started systemic chemotherapy with cisplatin 75 mg/m2 and pemetrexed 500 mg/m2 given intravenously every three weeks for four cycles, followed by maintenance pemetrexed every three weeks for four cycles. Later, in July 2019, the patient had a PET-CT scan for response evaluation, which revealed a decrease in the size of lymph nodes and the left lower lobe lesion, as well as a decrease in subpleural interstitial thickness, and the patient was put on maintenance pemetrexed for a total of 12 cycles.

Following a subsequent PET CT scan in January 2020, which indicated disease progression, the chemotherapy regimen was altered to Docetaxel 75 mg/m2 in combination with Ramucirumab 10 mg/kg delivered intravenously every three weeks. On February 2020, after two cycles, a CT chest was done, which revealed that the size of the left lung lesion had shrunk. As a result, this patient finished six cycles of Docetaxel in combination with Ramucirumab. After completing 6 cycles on 1/6/2020, a PET CT scan revealed advancement in the left lung lesion, pleural based nodule, and mediastinal lymph nodes, as well as persistent subpleural fibrosis in both lower lobes.

Given the ongoing pandemic and the patient's age and co-morbidities, it was decided to restart Osimertinib in a gradual dose escalation manner, starting with 80 mg on alternate days for the first 15 days, then every 2 days on followed by 1 day off for the next 15 days, then 3 days on and 1 day off for the next 15 days, and finally 1 tablet daily with lowmdose steroid support. This dose escalation was well tolerated by the patient, who was able to continue using Tablet Osimertinib for almost a year. In September 2020, an interim CT chest revealed a slight decrease in the size of the left lung lesion, pleural nodule, and mediastinal lymph nodes, with persisting subpleural fibrosis.

Because of the positive response, the patient was advised to continue Osimertinib 80 mg once a day until progression or intolerable toxicity. The patient remained asymptomatic and oxygen independent during the rechallenge with Osimertinib. The most recent CT chest scan, performed in June 2021, revealed a modest rise in the size of the aortopulmonary group of lymph nodes, as well as an interval reduction in the left lung lesion and persisting bilateral lower lobe subpleural fibrosis. Radiation to the lung primary and mediastinal nodes, including the aortopulmonary nodes, was recommended after discussion in the multidisciplinary board meeting. This patient was then lost to follow up.

Osimertinib is an irreversible third generation EGFR-TKI that selectively suppresses both EGFR-TKI sensitizing and EGFR T790M resistant mutations while having reduced action against wild type EGFR [3]. Osimertinib is thought to be less hazardous than first and second generation EGFR-TKIs because it has much less action against wild type EGFR. However, Osimertinib caused ILD/pneumonitis in 2-4 percent of patients in clinical trials, which is nearly identical to the older generation TKIs, which had a reported mortality of up to 22 percent [4].

Although the specific mechanism of EGFR-TKI induced ILD is unknown, earlier data imply that both a direct, dose dependent cytotoxic mechanism and an immune mediated mechanism exist, and that they are likely interconnected [5].

The current standard of care for Osimertinib induced ILD is permanent withdrawal, however there have been a few case reports of success after restarting Osimertinib medication with steroid therapy support [6,7].

In this case, because the reported incidence of drug induced ILD remained similar for other generations TKI, they were not tried. As per the literature, the reported incidence of mortality with Bevacizumab was more compared to Ramucirumab. Hence, Ramucirumab was used as a second line in combination with Docetaxel instead of bevacizumab [8,9]. As there was progression on both 1st and 2nd line chemotherapeutic options and considering his age and co-morbidities, we continued with rechallenging Osimertinib 80 mg a day at less dose frequency along with steroid support and gradually increased the dose to the standard dosage. Fortunately, this patient did not develop ILD and tolerated the drug well on rechallenging and continued to take this medication without much difficulty for more than a year and most importantly cancer continued to show response to Osimertinib.

According to this case report, Osimertinib induced ILD is a side effect that can be effectively controlled with the use of steroids and the temporary withdrawal of Osimertinib. It further underlines that re-challenge with Osimertinib at a graded dose escalation in combination with steroid support may give the much needed benefit, particularly in patients who have advanced on many lines of cytotoxic chemotherapeutic drugs and have limited therapy options.