Osseointegration: A Connection Between Living Bone and Dental Implant 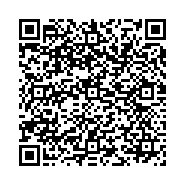 Previously, it was considered that titanium implants were held in place by mechanical stabilisation or interfacial bonding. Calcium phosphate coated implants, on the other hand, were assumed to be stabilised by chemical bonding. Both calcium phosphate-coated implants and titanium implants are now known to be chemically stabilised with bone, either by direct contact between calcium and titanium atoms or by attaching to a cement line-like layer at the implant/bone interface [3]. While there are some distinctions, osseointegration and bone fracture healing are both mediated by the same mechanisms.

Metallic, ceramic, and polymeric materials, particularly titanium, have been employed for osseointegrated dental implants. The connection between the bone and the implant does not have to be perfect to be called osseointegration, and the essential of osseointegration is determined by the durability of the fixation rather than the degree of contact in histologic terms [4]. In a nutshell, it's the process of achieving and maintaining clinically asymptomatic stiff attachment of alloplastic elements in bone throughout functional loading. Implant features influence implant healing times and early stability. The motion of the screws against the bone, for example, provides strong initial mechanical stability to implants with a screw-root form design. Healing takes several weeks or months after the implant is placed before the implant is fully integrated into the surrounding bone. After a few weeks, the first signs of integration appear, followed by a more solid link over the next few months or years [5].

Even if there is no exterior impact, other issues may occur. Cement production is one concern. In most situations, the lack of cementum on the implant surface inhibits collagen fibres from adhering to the surface. This is usually the case because the area receiving the implant lacks cementum progenitor cells. When these cells are present, however, cement may develop on or around the implant surface, and a functional collagen attachment may adhere to it. A variety of procedures are employed to determine the degree of osseointegration and, as a result, the implant's stability [8]. Percussion analysis, in which a dental instrument is tapped against the implant carrier, is a common diagnostic method. The nature of the ringing that results is utilised to assess the implant's stability on a qualitative level. A non-integrated implant will produce a dull, low-pitched sound, but an integrated implant would produce a higher pitched "crystal" sound [9].

A reverse torque test, in which the implant carrier is unscrewed, is another option. The implant is stable if it fails to unscrew under reverse torque pressure. When an implant spins under pressure, it is considered a failure and must be removed. This approach has the danger of fracturing bone that is in the middle of the osseo integration process. It's also unreliable for measuring a bone's osseointegration capability, as studies have shown that a rotating implant can successfully integrate. Resonance Frequency Analysis is a non-invasive and increasingly used diagnostic tool. Vibrations in a short metal rod temporarily attached to the implant are induced using a resonance frequency analyzer device [10]. The probe analyses the resonance frequency of the rod as it vibrates and converts it into an Implant Stability Quotient (ISQ), which ranges from 1-100, with 100 signifying the highest level of stability. Values between 57 to 82 are generally regarded as steady, though each case must be evaluated on its own merits.