Ossifying Fibroma: Clinico-Pathologic and Immuno-Histochemical Investigation of 157 Cases in a Tertiary Referral Centre

4Department of Oral and Maxillofacial Surgery, College of Medicine, University of Lagos, Nigeria 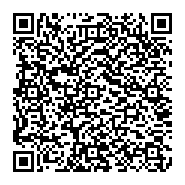 Background: Ossifying Fibroma (OF) belong to a group of lesions known as Fibroosseous lesions (FOL) whereby normal bone is replaced with fibrous tissue containing abnormal bone. OF is the most common benign fibroosseous lesions (FOLs) neoplasm of the oral and maxillofacial region. Methodology: This is a retrospective study of cases of histologically diagnosed maxillofacial OF in the department of Oral Biology and Oral Pathology, Lagos University Teaching Hospital, Idi-araba, Lagos, from 1970 to 2009. Haematoxylin and Eosin (H and E), Masson’s Trichrome Stain and AgNOR Stain were used to confirm the diagnosis of FD. Data was stored and analysed using IBM SPSS Statistics for windows version 20 (Armonk, NY: IBM Corp) and results presented in simple descriptive statistics and frequencies. Result: One hundred and fifty seven cases of OF, representing 52.0% of FOL were seen during the study period. OF was most commonly found in the age group of 20-29 years with a mean age of 30.14 ± 13.72 years. OF occur more frequently in females, 100 cases (63.69%) than males 57 cases (36.31%) at a female to male ratio of 1.75:1. OF occur more commonly in the mandible, 117 (74.52%) cases than maxilla 40 (25.48%) cases. High proportion of lamellar bone (31% and above) was demonstrated by Masson’s Trichrome Stain. Conclusion: This present study showed a female predilection and that OF was most commonly observed in the 3rd decade of life with mandibular bone predilection. In addition, it showed presence of lamella bone as predictor of OF using Masson’s trichrome (MT) stain.

Ossifying fibroma (OF) is a benign, locally aggressive fibro-osseous neoplasm of the jaw in humans and animals [1] that most frequently affects the mandible, causing distortion of the normal contour, displacement and loss of teeth and difficulty in mastication.

OF is the most common benign fibroosseous lesions (FOLs) neoplasm of the oral and maxillofacial region. It was described by Menzel in 1872 but was reported by Montgomery in 1927 [2]. The determination of the precise global frequency of OF still poses a challenge due to the dearth of reported epidemiological studies and varying terminologies that have been used to describe the lesion [3,4].

Observation from the scientific literature shows that classification of FOLs remains a challenging task both for the clinician and the pathologist and have therefore been constantly subjected to frequent renaming and reclassification [5]. However, in an attempt to unify various classifications, the World Health Organization (WHO), came up with an objective histological definitions of tumours which will facilitate the wide adoption of uniform terminology. The most recent WHO classification of odontogenic tumours and allied bone lesions, classifies OF into ossifying fibroma, cementoossifying fibroma and cementifying fibroma [6]. In addition, another recently recognized variant of OF is the juvenile active OF (JAOF) which consists of the two subvariants namely; psammomatoid and trabecular JAOF [7].

The aim of this study, therefore, is to review the clinico-pathologic and radiological pattern of maxillofacial OF and to further perform special histochemical analysis using Masson’s trichrome (MT) stain and AgNOR stains at the Lagos University Teaching Hospital, Idi-Araba, Lagos, Nigeria.

It has been established from the literature that Masson’s trichrome stain has specific affinity for collagen tissues such as bone, muscle and cartilage. Since collagen is a major constituent of bone and that the arrangement of collagen differs between matured (lamellar) and immature (woven) bone, the stain will impart different colour on the collagen present [8].

AgNOR staining is an accurate and easily performed technique. Studies using this technique have suggested that quantitative analysis of AgNORs can be useful in estimating proliferative activity of neoplasms in surgical pathology. Specifically, it has been utilised as a diagnostic tool in comparing the proliferating activities of fibrous dysplasia and ossifying fibroma [9].

This is a retrospective study of cases of histologically diagnosed maxillofacial OF in the department of Oral Biology and Oral Pathology, Lagos University Teaching Hospital, Idi-araba, Lagos, which is one of the foremost tertiary health care institution in Nigeria from 1970 to 2009. Lagos state is cosmopolitan with an estimated population of 9.5 million (NPCN 2006). It consists of people from diverse ethnic groups that are involved in inter-ethnic and inter-religious marriages. Record of oral biopsies of OF cases diagnosed in the oral and maxillofacial bone region were retrieved for analysis.

Approval for this study was sought and obtained from the ethical committee of Lagos University Teaching Hospital for use of the past medical/dental records of material of subjects used for the study.

All cases of OF in the maxilla or mandible with complete clinical and radiological data, complete record of histological materials and data, centrally located in the jaws, and OF that have been re-confirmed histologically after review.

Cases not re-confirmed histologically as OF after review and cases for which histological materials such as paraffin blocks, could not be retrieved.

Bio-data and clinical parameters such as information on age, sex and site of each lesion, as well as radiographic information, which consisted, of lesional border and bone density, were retrieved from the past record of patients, using the oral biopsy request forms, case notes and X-ray films (where available).

Haematoxylin and Eosin (H and E) histological glass slides and all available paraffin sections of all cases that satisfied the inclusion criteria were retrieved and re-evaluated to confirm diagnosis of FD. Cases that did not satisfy the criteria were excluded from the study.

2. Weigert's Iron Haematoxylin Solution: Mix equal parts of Solution A and B.

Materials and for AgNOR Stain

Assessment of Each Stain

H and E was routinely assessed for the lesion initially diagnosed. It served as the histological standard for the masson’s trichrome (MT) and AgNOR stained sections. Ossifying fibroma is well thought-out by most to characterize a benign neoplasm arising from undifferentiated cells of the periodontal ligament tissues [11]. However, there is controversy over such an origin, since tumours of similar histology have been reported in bone lacking periodontal ligament and not located in the tooth bearing region, such as ethmoid bone, frontal bone or even long bones of the body (cementiform fibrous dysplasia) [12-16].

Due to its origin from multipotent mesenchymal cells, it can produce bone, cementum, spheroidal calcifications and fibrous tissues.

In this study, there is female preponderance of OF with a female:male ratio of 1.75:1. This agrees with reports of similar studies in the scientific literature, although higher female to male ratio have been reported. Williams et al. [17] reported 2:1 for OF, Abdulai et al. [18] reported 2:1 for OF, while Worawongvasu and Songkampol, [19] reported 6.8:1 for OF. Some Nigerian studies have also documented female to male ratio prevalence of OF, that are similar to findings in this series. Odeku et al. [20] reported 2.1:1 for OF, while Ajagbe and Daramola, [21] reported 2:1 for OF. Literature search revealed that there is generally female preponderance. It could be argued that females are more conscious of their appearance than males and therefore tend to present themselves early for treatment than the males would do. On the contrary, MacDonasld-Jankowski, [4] have reported no gender bias as it was found to affect males and females equally in his series.

Surgical exploration usually reveals a well-demarcated mass that often is easily shelled out from the surrounding bone, either intact or in several large pieces. A significant feature of OF is its proclivity to completely shell out during surgery [23]. This is as a result of clear well demarcated histological border observed from the H and E stain (Figure 3).

Findings from the AgNOR stain showed higher AgNOR score for OF (AgNOR score of 130.4069 ± 32.3392 per 100 cells (1.304/cell)). This higher score have been documented in Japanese [26] as well as Iranian populations [9]. This high score indicates higher proliferative fibroblastic activity in this lesion compared to similar activity in FD. Furthermore, the finding supports the neoplastic nature of OF. Studies in the scientific literature which reported application of AgNOR histochemical staining technique as a parameter to differentiate OF of the jaws from FD of the jaws are still rare [9,26]. Only one African study has applied the AgNOR stain technique as a parameter to differentiate FD of the jaws from OF of the jaws [27]. Previous studies from Japan and Iran have documented mean AgNOR score to range between 1.304/cell and 1.75/cell for OF. [9,26]. It can therefore be postulated that OF may be identified by mean AgNOR score/cell that ranges between 1.304/cell and 1.75/cell.

This present study showed a female predilection and that OF was most commonly observed in the 3rd decade of life. It also highlights the greater proportion of OF present in the mandible. In addition, it showed presence of lamella bone as predictor of OF using Masson’s trichrome (MT) stain.