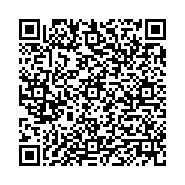 Secondary metabolites are often used to moderate antagonistic interactions like competition and predation, as well as mutualistic interactions like pollination and resource mutualism. Secondary metabolites are typically restricted to a single lineage or even species, despite mounting evidence that horizontal transmission of whole pathways between species or genera plays a significant role in bacterial (and, most likely, fungal) evolution. Secondary metabolism can potentially affect various species in different ways, according to research. Four distinct species of Arboreal marsupial folivores reacted differently to a secondary metabolite in eucalypts in the same forest. This demonstrates that different forms of secondary metabolites can distinguish two herbivore ecological niches. Furthermore, some species have evolved to withstand secondary metabolites and even utilize them to their advantage. Monarch butterflies, for example, have developed to be able to consume milkweed (Asclepias) despite the presence of harmful cardiac glycosides. The butterflies are not only resistant to the poisons, but they can also benefit from them by actively sequestering them, which can prevent predators.

Terpenoids: Terpenes are a vast class of natural compounds made up of isoprene molecules. Terpenes are unoxygenated hydrocarbons, whereas terpenoids are oxygenated hydrocarbons. Terpenes have a general molecular formula of (C5H8)n, where 'n' is the number of connected isoprene units. Terpenes are hence also known as Isoprenoid chemicals. The number of isoprene units in its structure determines their classification. Terpenoids (including numerous sterols) are main metabolites. Gibberellins, brassinosteroids, and strigolactones are examples of terpenoids that may have originated as secondary metabolites and have now been recruited as plant hormones. Examples: Artemisinin, found in Artemisia annua (Chinese wormwood); Tetrahydrocannabinol, found in Cannabis sativa.

Phenolics: Phenolics are a type of chemical molecule that has an aromatic ring structure with one or more hydroxyl groups. The most numerous secondary metabolites of plants are phenolics, which range from simple molecules like phenolic acid to highly polymerized compounds like tannins. Examples: Resveratrol, a C14 stilbenoid produced by grapes.

Alkaloids: Alkaloids are a broad collection of basic nitrogen molecules. They usually come from plants and contain one or more nitrogen atoms. They are chemically highly diverse. They can be divided into two broad categories based on their chemical structures:

• Alkaloids that are neither heterocyclic nor unusual, such as hordenine or N-methyltyramine, colchicine, and taxol.