Plants Move or are Moved for Defence 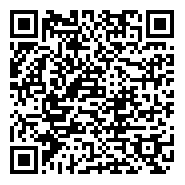 Plants are frequently moved in the wind and less frequently move in spite of their very static image. Recent studies have been revealing that many plants may use passive movement as defence against herbivores, and that some plants may move to expel herbivores or to attract natural enemies of herbivores. Use of plant movement for pest management in agriculture would be promising.

Typically, plants are static organisms: they spend all their lives in places where once they settled down. However, plants intermittently tremble blown in the wind. Leaves of some plant species such as poplars (Populus spp.), Indian sacred fig (Ficus religiosa) and tulip trees (Liriodendron spp.) are easily moved in a slight wind, while those of others remain still, because of the differences of size and shape of leaf blades and petiole length and flexibility between them [1].

These mobile leaves can resist strong wind and capture diffused light efficiently, but was proposed to deter herbivory [1-3]. The movement would dislodge herbivorous invertebrates (e.g., caterpillars, aphids, bug nymphs, land snails) and pathogenic particles (e.g., fungus spores, viruses) from the leaves and prevent them from feeding on the leaves [3]. This anti-herbivore hypothesis has recently been supported by field observations, experiments and literature surveys, which argued that at least one third of British trees, employ such defense mechanism [4].

Furthermore, some plant species are known or suggested to defend themselves against herbivores by their movement. The bitter cress Cardamine scutata bursts its siliques when chewed by seed-feeding caterpillars, resulting in expulsion of or strangling the caterpillars with pericarps [5]. The Indian telegraph plant Desmodium motorium rotates its leaflets under warm temperature. This rotational movement is proposed to mimic butterflies and other winged insects so as to prevent egg deposition of butterflies and attract natural enemies of herbivorous insects [6]. The passive movement of plants in the wind may reinforce visual defence against herbivores. For instance, the black anthers of Paspalum grass resemble swarming aphids, and when they are moved in the slight wind the dark anthers look like swiveling aphids, which would deter other herbivores and attract natural enemies [7].

Thus far, although there are very few studies of plant movement as anti-herbivore defense, this defense mechanism not only seems pervasive and important for many plants due to its energy-free and low-cost properties but also would lead to novel plant protection methods in agriculture and forestry. The crop and tree species or varieties with high passive leaf mobility may lower loss by herbivory and increase the yield under natural wind conditions or using electric fans.

This content was supported by JSPS KAKENHI Grant Number 25450233.