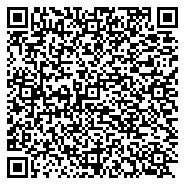 For keeping the signal exponents at the singular points of the underlying signal and lifting its smoothness at all the remaining points. An extension of the non-linear smoothness constrained filter to image processing is studied at this paper. Numerical experiments demonstrated that our approach is effective and efficient. there exists a polynomial of degree such that is a piecewise smooth signal, infinitely differentiable and there exists a polynomial of degree the definition of H¨older exponent, conclude that admits for all except the singular points. Then we can rewrite the above equation by theorem. it admits as its exponent

Firstly it is introduced without proof a theorem from Meyer and Mallat. wavelet with vanishing moments and belongs to aglobal H¨older space denotes its wavelet transform. Then there exists constant Conversely, it is bounded and satisfiesthat isnot an integer. Then belongs to the global H¨older space for any be the set of all the singular points [1-3]. For convenience, it denotesnothing. Therefore, by an appropriate choice, we obtainthe set of all the singular points and by propositions it follows directly belongs to the global H¨older space and supposethe pointwiseH¨older exponent. The actual fusion process can take place at different levels of information representation. A generic categorization is to consider the different processes at signal, pixel, feature and symbolic levels [4,5]. We focus on the so-called pixel level fusion process, where a composite image has to be constructed from several input images.The pointwiseH¨older exponents of measured data are preserved at the singular points. Observe for any, there exists s such that for and for all, admitsas itspointwise. It is easy to verify thatand arebiorthogonal bases. Any of them has two possible decompositions in these bases, where it denotes an inner product of two functions. Assuming we choose asthe analysis wavelets, at any scale, we denote the approximation coefficient and the wavelet coefficient. The three wavelets extract image details at different scales and orientations. Over positive frequencies, have an energy mainly concentrated respectively on lower and higher frequencies. The separable wavelet expressions impliesit emphasizes low horizontal frequencies and high vertical frequencies, while it is larger at high horizontal frequencies and low vertical frequencies, whereas it is larger at both high horizontal frequencies and high vertical frequencies. A general framework for multistage fusion with wavelet transform generic requirements is imposed on the fusion result. The fusion process should preserve all relevant information of the input imagery in the composite image. The fusion scheme is introduced in artifacts or inconsistencies which would distract a human observer the processing stages.

Inverse Transform development of new imaging sensors arises the need for image processing techniques that can effectively fuse images from different sensors into single composite entity for interpretation. Fusion begins with two or more registered images that contain different representations of the same scene. They may come from different viewing conditions, or even different sensors. Image fusion of multiple sensors in a vision system could significantly reduce human/machine error in detection and recognition of objects due to the inherent redundancy and extended coverage. For example, fusion of forward looking infrared and low light television images obtained by an airborne sensor platform would aid a pilot to navigate in poor weather conditions. Over the past two decades, a wide variety of pixel-level image fusion algorithms has been developed. These techniques may be classified into linear superposition, logical filter, mathematical morphology, image algebra, artificial neural net-work, and simulated annealing methods. Each of these algorithms focuses on the fact that the fused image reveals new information concerning features that cannot be perceived in individual sensor images. However, some useful information has been scarded since each fusion scheme tends to emphasize different attributes of the image. Inspired by the fact that the human visual system processes and analyzes image information at different scales, researchers recently proposed a multiscale based fusion method which is widely accepted as one of the most effective techniques for image fusion. Symmetric or anti-symmetric wavelets are synthesized with perfect reconstruction filters having a linear phase. This is a desirable property for image fusion applications. Unlike the “choose max” type of selection rules, we propose an information theoretic fusion scheme. For each pixel in a source image, a vector consisting of wavelet coefficients at that pixel position across scales is formed to indicate the “activity” of thatpixel. We denote these indicator vectors of all the pixels in a source image as its activity map. A multicale transform, which may be a pyramid or wavelet transform, is first calculated for each input image, then a composite is formed by selecting the coefficients from the multicale representations of all the source images. Finally, a fused image is recovered through an inverse transformation. In the pioneering work of Burt, a Laplacian pyramid and a “choose max” rule is proposed as a model for binocular fusion.

For each coefficient in the pyramids of source images, the one with the maximum amplitude is copied to the composite pyramid and the fused image is reconstructed from an inverse pyramid transform. Fusion within a gradient pyramid was shown to provide improved stability and noise immunity.Wavelet theory has played a particularly important role in multiscale analysis. A number of methods have addressed fusion algorithms based on the orthogonal wavelet transform. A general framework for multiscale fusion with wavelet transform is studied in this paper. The wavelet transform offers certain advantages over theLaplacian pyramid-based techniques. Since the wavelet bases are chosen to be orthogonal, the information gleaned at different resolutions is unique; on the other hand, the pyramid decomposition contains redundancy between different scales. Further-more, a wavelet image representation provides directional information in the high-low, low-high and high-high bands, while the pyramid representation fails to introduce any spatial orientation selectivity into the decomposition process. A major drawback in the recent pursuit of wavelet-based fusion algorithms is due to a lack of a good fusion scheme.Most selection rules so far proposed are in essence more or less similar to “choose max”, which introduces a significant amount of high frequency noise due to the sudden switch of the fused wavelet coefficient to that which is maximum of the source. This high frequency noise is particularly undesirable to visual perception. transformed image of specific texture image for registered classified algorithm plotted in Figure 1. In this paper, we apply a biorthogonal wavelet transform to the pixel level image fusion. It is possible to construct smooth biorthogonal wavelets of compact support which are either symmetric or antisymmetric. At the exception of a Haar wavelet, it has been shown that symmetric orthogonal wavelets are impossible to construct. A decision map is then obtained by applying an information theoretic divergence to measure all the source activity maps. Figure 2 exhibit random function with sampling method our proposed method. To make a reasonable comparison among activity indicator vectors, we apply our newly proposed divergence measure, divergence, which is defined in terms of entropy. Wavelet coefficients of the fused image are finally selected according to the decision map. Since all the scales, from fine to coarse, are considered to evaluate the activity at a particular position within an image, our approach is intrinsically more accurate, in the sense of selecting coefficients containing the richest information, relative to the “select max” type of fusion schemes. This paper is organized a concise formulation of the problem which we describe the information theoretic fusion algorithm and present some numerical experiments. The perfect reconstruction filters associated to the biorthogonal wavelet, for any pair of one-dimensional: A fast biorthogonal two-dimensional wavelet transform and its inverse transform implemented by perfect reconstruction filter banks. filters writes the product filter, and denote where denotes inverse-convolution. A separable two dimensional convolution can be factored into one-dimensional convolutions along with rows and columns of the image. The rows of first convolved with hand and subsampled. The columns of these two output images are then convolved respectively with hand and subsampled, which yields four sub-sampled images. We denote the image obtained by inserting a row of zeros and a column of zeros between pairs.

Consecutive rows and columns of is recovered from the coarser scale approximation and the wavelet coefficients with two-dimensional separable convolutions These four convolutions can also be factored into six groups of one-dimensional convolutions along rows and columns, digital image whose pixel interval equals. A bi-orthogonal wavelet image representation of a of depth is computed by iterating Equation Define a bi-orthogonal wavelet image representation as defined with no loss of generality.