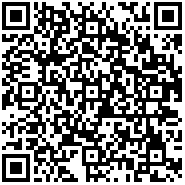 Ceramic laminates are conservative aesthetic restorative procedures whose search has been increasing amongst patients in the last decades. However, this sort of procedure presents limited lifespan, considering the applied adhesive materials, the dentist’s applied technique, and patient care. Conventionally, for the debonding of such veneers, diamond tip burs are used with rotational instruments during long appointments, which may be psychologically unpleasant and painful to patients, apart from generating damage in the remaining dental structure of the element, beyond cementation line. The objective of this study is to report a clinical case of debonding and removal of 11 ceramic laminates with the technology of Er:YAG laser, with controlled application time for pieces debonding, patient comfort and remaining structure conservation. Eleven lithium disilicate veneers of thickness that varied from 0.4 mm and 2.5 mm were debonded. They had been cemented for more than 4 months with light-cured resinous cement. They were all debonded and removed without the use of diamond tip burs. The average of laser application time was 2 min 36 sec. The debonding of ceramic laminates with Er:YAG laser was satisfactory and presented comfort during the procedure both for the patient and the dentist, in an abbreviated period of time and preserving the remaining dental structure.

The use of metal prosthetic restorations has been decreasing as metal-free materials have been increasing and improving, both aesthetically and mechanically. Several clinical situations are indications for ceramic instead of metals, especially when patients wish for high aesthetic compatibility [1,2]. Porcelain laminated veneers (PLVs) are frequently used due to their aesthetic and safety properties [3,4].

This aesthetic pursue has been increasing and the ceramic veneers are an indication for several cases, such as conoid lateral incisors, enamel hypoplasia, fluorosis, chromatic changes, diastema [5,6], and personal/individual aestheticsrelated complaints. This treatment with laminated ceramic veneers as aesthetic restorations and conservatives have been used as an alternative to crowns [7,8] depending on the dental structure adhesion, not the mechanical retention [9,10].

Failure may occur due to several reasons, such as the longevity of adhesive materials or the procedure applied technique. Marginal infiltration, cement decolouration, laminate crack or patient’s aesthetic dissatisfaction may occur [9,11-13]. Apart from these, microcracks may also occur, which may lead to caries, staining, and gingival reactions [3,4]. There are also failures during the cementation process, such as positioning failures.

Considering that most ceramic materials are cemented to the dental structures, their conventional debonding is challenging and time-consuming [11,14]. The dental structure is prepared with acids and the silanized ceramics cemented with resinous cement creates a high bond strength between the surfaces, making the debonding process difficult [7]. Such debonding process is usually made with cutting blades coupled to rotating instruments that may be quite uncomfortable both for the patient and the dentist, as it is used for a long time, apart from the existing risk of damaging the remaining structure, especially in view of the lack of contrast between the restoration, the cement, and the tooth [14-18]. This restoration wear also makes it impossible for its reuse in case of misalignment of laminated ceramic upon cementation [8,14,17].

The diverse types of laser may be used for dental sensitivity [19], caries removal, whitening procedures [20,21], amongst other specialities [12,22], such as ceramic brackets removal [23].

The erbium-doped yttrium ganet lasers (Er-Yag), CO2, or the neodymium-doped yttrium aluminum garnet laser (Nd:Yag) may be absorbed by materials that contain water or residual monomers [24,25], causing the degradation of resinous materials by three mechanisms. Thermal Softening: it occurs when the laser energy heats the resin, making it soft. Thermal Ablation is the fast vaporization of the resinous adhesive caused by the laser energy. Photoablation: it occurs in the interaction of the laser energy with the resinous adhesive, increasing the energy levels amongst the resin atoms up to the level of their dissociation, resulting in decomposition of part of the material [26]. The Er:YAG laser is based in thermal ablation and photoablation, which is more favourable than thermal softening, which occurs when the other lasers such as the CO2 or the neodymium-doped yttrium aluminum garnet (Nd:YAG) are used [25,27,28].

The use of Er:YAG is safe when performed for resinous material ablation [29]. There is a dental structure temperature increase; however, not above the limit considered for the pulp [30]. The temperature in the pulp chamber must not be above 5.25°C [31]. With this purpose, the device parameters and the applied technique must be accurate [18], through which the laser acts mainly on the cement-ceramic interface without causing damages to remaining structures [16]. Thus, the laser is an adequate alternative for laminated ceramic debonding [32].

This study aims at reporting a clinical case of debonding of 11 laminated ceramics, showcasing safety and efficiency throughout the procedure, in which the laser application period, the laminated material thickness, and patient comfort were evaluated.

The patient, a 32-year-old woman, reported to clinic with an aesthetic complaint regarding her previous aesthetic rehabilitation treatment.

The patient had 11 previously cemented laminated ceramics, from the upper arc’s first molar on the right side to the first molar on the left. The patient presented agenesis of element #12. The veneers consisted of pressed lithium disilicate, colour W1, HT pressing ingots (Rosetta-Hass, Gangwon-do, South Korea) and cemented with self-curing cement (Variolink Esthetic, Ivoclar Vivadent-Schaan, Lienchtenstein). The etching was performed with 5%-hydrofluoric acid (CEtching, BM4 - Santa Catarina, Brazil) for 20 s, followed by rinsing with water, decontamination in the ultrasonic cleaner with alcohol at 70% for 5 min and water rinsing. After drying of pieces, silane was applied (Primer Monobond N Universal-Ivoclar Vivadent, Schaan, Lienchtenstein), followed by warm air jets for 1 min on each side of the drying device of ceramic laminates. So, a thin layer of a universal adhesive (T-Tric N-Bond Universal - Ivoclar Vivadent, Schaan, Lienchtenstein) was applied, followed by air jet. On the tooth, 20 sec 37%-phosphoric acid conditioning was performed (Ultradent - Utah, USA), followed by water/air pray cleaning. After drying with absorbent paper, the universal adhesive was used (Tetric N-Bond Universal-Ivoclar Vivadent, Schaan, Lienchtenstein), after light air jet drying. The soft coloured lightcurable cement (Variolink Esthetic - Ivoclar Vivadent) was applied on the ceramic laminate, and the set was positioned. After the insertion of all sets and excess cement removal, each of their sides were cured (Valo Cordless, Ultradent -Utah, USA) for 40 s. Figure 1 shows the eleven laminates prior to removal. Figure 1. The initial photograph of teeth.

After treatment plan proposal and its acceptance, the appointment for the laminate veneers debonding was scheduled, opportunity in which the panoramic radiography and the photographic protocol were followed before the whole debonding procedure.

No anaesthesia was required for the debonding procedure. The Er:YAG laser was used, with 2.940 nm wavelength (LiteTouch - Light Instruments, Yokneam Industrial Zone, Israel) set with the following parameters: 20 Hz, 250 mJ, and 5 W, with water/air spray irrigation performed with the laser device existing syringe. The application was initiated with 1 min 30 sec duration, with sinuous movements along the laminate surface and in a perpendicular position along the tooth axis, 5 mm distant from the tooth, followed by a lever movement with the resin spatula. In case the ceramic laminate did not detach, one more minute of laser application was performed and another debonding attempt with the spatula was made. Figure 2, shows the moment of removal with the laser in position. After the debonding, a verification to check for remaining cement was made, both on the tooth and on the veneer, as well as checking the veneer for cracks and its integrity (Figure 3). Figure 3. Photograph of the exact moment after removal.

The piece’s thickness was verified in three parts (cervical, medium, and incisal) with the use of a thickness gauge. The overall time of each element, integrity, and the presence of cracks were also analysed using a microscope (Zeiss- Oberkochen, Germany) (Table 1).

Table 1. Analysis of the laminates removed.

For comfort verification regarding the ceramic laminates debonding with Er:YAG laser, the patient was questioned regarding sensitivity after the debonding of each veneer, and the response was graded as per EVA parameters (Figure 4). The patient reported no sensitivity during the procedure for all elements and total debonding procedure. The answers varied from 1 to 2 for the ceramic laminate veneer debonding with Er:YAG laser. On the tooth, 20 sec 37%-phosphoric acid conditioning was performed (Ultradent - Utah, USA), followed by water/air pray cleaning. After drying with absorbent paper, the universal adhesive was used (Tetric N-Bond Universal - Ivoclar Vivadent, Schaan, Lienchtenstein), after light air jet drying. The soft coloured light-curable cement (Variolink Esthetic - Ivoclar Vivadent, Schaan, Lienchtenstein) was applied on the ceramic laminate, and the set was positioned. After the insertion of all sets and excess cement removal, each of their sides were cured (Valo Cordless - Ultradent, Utah, USA) for 40 s.

After complete light-curing, the excess cement was removed with the assistance of microscopic magnification (Pro- Ergo Zeiss Oberkochen, Germany) and a scalpel blade (Figure 6).

The results of the ceramic laminates with Er:YAG laser in this clinical case were satisfactory and presented an alternative to conventional diamond tip bur wearing debonding.

The laser application average time was 2 m 36 s per element. After 1 m 30 s of application, a debonding attempt with the resin spatula was made at the laminate’s cervical portion. In case the ceramic laminate did not detach, one more minute of laser application was performed and another debonding attempt with the spatula was made. The element which required longer light-curing (11 m 30 s) was tooth number 12, which presented a cone-shape format and its crown-shaped ceramic restoration, which presented larger amounts of cement and more retention. The other elements presented veneer preparations on the vestibular and incisal sides only. The average time calculated for these 10 elements was 1 m 46 s of Er:YAG laser application.

The use of Er:YAG laser for ceramic laminate veneer debonding is not much mentioned in literature, and the parameters for laser debonding of such material, energy (mJ), frequency (Hz), which result in power (W) diverge in literature mentions. For Buu’s laboratorial study [16], the applied laser application time varied from 60 to 290 s. However, Korsoglu [32], in his case report paper, applied the laser with the same frequency (29 Hz), but with higher energy (320 mJ) during 9 s on 3 cracked ceramic laminates.

Balkhi [18], used different parameters for Er:YAG laser application and compared them. In two groups, with and without contact of the laser tip with the laminate surface, measuring the intra-pulp temperature and it was concluded that, with the same parameters, the samples with no laser tip contact presented better results and more efficient debonding. Within all analyzed parameters; 360 mJ, 15 Hz, 5.4 W; 400 mJ, 10 Hz, 4.0 W; 270 mL, 15 Hz, 4.0 W; 300 mJ, 10 Hz, 3.0 W; the intra-pulp temperature was lower than the standard safe temperature (5.25°C - ZACH, 1965). Another Er:YAG laser laboratorial study carried out by Buu [16] used 133 mJ and 10 Hz to remove ceramic laminates and presented results in which no tooth was damaged, assuring the lack of ablation in the dental structure, leading to veneer/cement interface debonding instead of the tooth/cement interface debonding. Iseri [28], in his laboratorial study, used less energy than previous studies for the Er:YAG laser; 100 mJ. However, a higher frequency was used, 50 Hz, and success was achieved with laminate debonding. Kursoglo [32], is his clinical work, set 20 Hz as frequency and 320 mJ energy for clinical ceramic laminate debonding and presented successful results in his article.

The applied parameters used in this study (20 Hz), when compared to literature data, characterize higher frequency cycles; however, the energy (250 mJ) was within safe parameter limits in the same comparison.

Several authors mention patient discomfort during conventional debonding with diamond tip burs and ceramic laminate wear, apart from the long appointment required for the procedure and the loss for the dental element remaining structure [12,15-17]. However, in this case, the patient did not undergo anaesthesia, nor presented sensitivity during or after the debonding procedure. The EVA scale was further presented, through which the obtained answers were 1-2 for the 11 ceramic laminates debonding procedure.

Although the clinical case reported above presented success and satisfactory results, more laboratorial and clinical studies regarding the use of Er:YAG laser are necessary in the context of ceramic laminate debonding.

The debonding of ceramic laminates with Er:YAG laser was satisfactory and presented comfort during the procedure both for the patient and the dentist, in an abbreviated period of time and preserving the remaining dental structure.