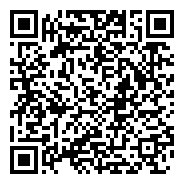 A cell is the Basic component of the body. A group of cells together form a tissue, where as a group of tissues form an organ and a group of organs into an organism. As there are different organisms with different organs, the tissues that form these organs also differ. There are many types of tissues but the below review article describes briefly about the tissues that are present in the animal. It includes structure of the cells that forms the tissues, different types of animal tissues and their functions.

In latin the word tissue means 'weave'. A group of cells along with intercellular substances combine to form a tissue which performs a specific work in multicellular organism. The study of tissues is known as histology. Four major types of tissues are found in animals [1,2].

In animals multiple tissues combine to form an organ and body structure. This combination may differ from organ to organ and organism to organism. The origin of the cells that forms the cells will differ in development stage in different classification of organisms or animals.

Animal Tissues and Their Functions

Epithelial tissue is mainly found as lining or covering of external or internal body organs. For example epithelial tissue forms an outer layer of the skin and it also forms an inner lining for blood vessels and digestive system [3-10]. Simple cuboidal epithelium: A single layer of cuboidal cells forms a simple cuboidal epithelium. The cells of this epithelium are cubic and contains large spherical nucleus which is centralised. The cells of this epithelium mainly involves in secretion and production activity and located in the regions of the lining of nephrons [21-30], surface of ovaries, parts of the eye, the walls of the renal tubules and thyroid glands. They mainly involve in secretion and absorption.

Simple secretory columnar epithelium: Simple secretory columnar epithelium mainly involves in secretion of mucins by merocrine secretory process. In merocrine type of secretory processes the secretory material which was freshly synthesised will be stored in large secretory granules in the apical part of cytoplasm. They will be released into extracellular space through diffusion of secretory vesicles [41-45]. After forming the mucin immediately get hydrated and swells to form mucous on epithelial surface. It is present majorly in two places; they are lining the stomach and lining the cervical canal.

Simple striated columnar epithelium: It is very rare form of epithelium and contains undetectable basement membrane on which the single layer of epithelial cells of column shape are laid [46-50]. It majorly performs the function of protection and secretion.

It is majorly found in conjunctiva, Uterus, anus, pharynx etc., They also involves in the absorption procedures. It is also present as lining of the gall bladder and intestine.

It is a type of tissue which is present in almost all the parts of body. It majorly involves in anchoring, supporting and connecting the various tissues of the body. Connective tissue is majorly divided into two different types they are: Connective Tissue proper [51-55].

Connective tissue proper: It is a binding tissue and is also known as loose connective tissue which contain a homogenous and soft matrix. It contains adipose tissue, dense regular tissue and areolar tissue. Areolar tissue performs various functions it fills the gap between the organs and attaches the skin with the different under laying tissues. Adipose tissues serves as a storage site of lipids and forms as insulating layer to regulate the temperature of the body [56-60]. Dense regular tissue majorly contain the collagen fibres and also known as collagenous connective tissue and creates the fibres for tissues.