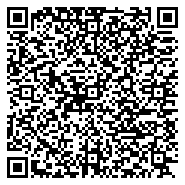 Maize (Zea mays L.) is an important staple food crop and provides raw materials for the livestock and many agro-allied industries in the world [1]. It is a staple food for several million people in the developing world where they derive their protein and calorie requirements from it.

Maize is among the leading cereal crops selected to achieve food self-sufficiency in Ethiopia [2]. Although, improved cultivars have been largely included in the national extension package, the national average yield of maize is only 3.45 tons/ha, which is far below the world average of 5.5 tons/ha [3].

Amongst the major constraints limiting maize productivity are abiotic (moisture, soil fertility, frost, etc.,) biotic stresses such as diseases, insect pests, and weeds [4]. These constrains vary among growing areas and between cropping seasons. For example, disease epidemics and insect pest out break frequently occurs a result of the warm climate and/or high rain fall common to maize production zones [5]. Among biotic factors, foliar diseases such as turcicum leaf blight (Exserohilum trurcicum) and common rust (Puccinia sorghi Schw) are generally among the important constraints in tropical maize production [6,7]. In Ethiopia, the two diseases can cause yield loss in the range of 12.0% to 61.0 percent depending up on the genotype. Previously these diseases were limited to specific areas and varieties, but currently the disease become very important almost in all maize growing agro-ecologies due to climate change and pathogens virulent and/or avirulent shifts.

Although there are some commercial maize cultivars available with some level of resistance to these diseases, more farmers need to adopt resistant maize varieties in order to with stand future CLR and TLB out breaks in Ethiopia. These diseases are often difficult to control since their occurrence year after is less predictable because of their high dependence on weather. The majority of small scale farmers, in most cases, do not control these diseases due to limited access to fungicides and unaffordable prices. Foliar diseases also occur mainly after the tasseling stage of maize, making them difficult to control with fungicides in the field. Improvement of genetic resistance to foliar diseases through understanding of disease reactions is essential for parental selection as well as resistance hybrid development [8]. The development of maize cultivars with enhanced levels of disease resistance will be sustainable and effective for increased maize yields, especially in the smallholders farming Sectors. This can be achieved through continuous screening of maize lines against Common leaf rust and Turcicum leaf blight. CLR and TLB can be effectively controlled by growing resistant varieties. Genetic resistance is the safest and best control strategy for resource-poor farmers in addition to being profitable option for farmers that can multiply seed [9]. Thus, the objective of this study was to evaluate the reaction of maize lines against CLR and TLB under field conditions with artificial inoculation.

The experiment was conducted for two consecutive years (2015 and 2016 growing seasons) at Ambo (TLB and CLR) and Bako (TLB only) screening nursery sites. Maize lines were evaluated against CLR and TLB diseases. The treatment was arranged following a randomized complete block design (RCBD) with three replications for two disease types, separately. The plots were ploughed with tractor and disc harrowed twice before planting. The distance between rows and plants were 75 cm and 25 cm, respectively. All plots were planted by hand with two seeds per hole. Inorganic fertilizer (Dap &Urea) and all agronomic practices were applied based on the area recommendations.

The TLB pathogens were isolated by collecting diseased maize leaf lesions from experimental sites and placing in a moist chamber. After two-three days newly formed spores on the surface of the lesions was picked up with the help of fine flattened needle under a dissecting microscope placed in a droplet of sterile water and streak across the surface hardened, acidified water agar in petri-plates. After 6 hrs the spores start to germinate, and it was cut out of the agar and transferred to hard, acidified PDA. After two weeks of incubation at 20°C-25°C, this culture was transferred to fresh plates of acidified PDA for multiplication. When the fungus growth was covered the surface of petri-plate fully, the cultures were ready for use. The spore (TLB) suspension at 60,000 spores/ml was applied in the whorl using atomizer hand sprayers. Inoculation was made twice a week for three weeks, when plants were 30-45 cm high (at 4-5 leaf stages). After inoculation, water was sprayed with hand atomizer to create favorable conditions for pathogen germination.

Inoculum (rust) was collected naturally infected leaves showing large number of pustules. Collection of rust uredospore was done by lightly tapping the leaves in to a cup or a suitable container. The spores were dried and kept in tightly sealed glass jars and stored at minus 20°C. Maize plants under field conditions were inoculated first time at around 6-8 leaf stage and it repeated within 2 weeks at seven days interval. Rust spore suspension at 60,000 spores/ml was prepared and applied in the whorl using hand atomizer. To avoid spores clump together on the upper surface of the water, the spore suspension was agitated (stirred) continuously and tween 20 was added in the solutions.

Disease assessment commenced 7 days after inoculation. Six assessments were made at 7 days intervals from four central tag maize plants with visual observations and the following parameters were recorded:

Maize lines were phenotyped for TLB and rust severity when the diseases are appeared using standard 1-5 scale, 1 being complete resistant and 5 being the complete susceptible. Based on this rating scale over two years, maize lines were categorized into four groups namely, resistant (R) genotypes with a score <2.0; moderately resistant (MR) 2.1-3.0; moderately susceptible (MS) 3.1-3.5 and highly susceptible (S) >3.5. Severity scores were converted to percept disease index (PDI) as described by Wheeler (1969) using the formula below [10].

AUDPC (% day) was calculated from severity after conversion of percept disease index (PDI) and it was recorded 6 times at seven-days interval starting from one set of disease after artificial inoculation for each year. Disease severity was recorded from 10 randomly selected and tagged plants in each plot for AUDPC calculation. AUDPC was calculated using the formula suggested by Wilcoxson et al. [11].

Analysis of variance (ANOVA) was used for disease data as randomized block design (RCBD) and following the procedure described by Gomez and Gomez using SAS computer software. Mean separation was done based on LSD at 5% probability level. Disease data was analysed after checking for good fitness to ANOVA.

Table 4. Responses of maize lines for TLB disease at Ambo, in 2016.

Table 5. Responses of maize lines for CLR disease at Ambo, in 2016.

In general, higher mean severity and mean AUDPC of CLR was recorded on QPM than normal maize lines whereas higher mean severity and mean AUDPC of TLB was recorded on normal maize lines than QPM maize lines. Therefore, attention should be given for both diseases during screening in order to develop resistant maize varieties for both maize types. Those selected resistance maize lines from this screening should be used in breeding program and finding of resistant maize lines for both diseases will be continued using modern screening tools as well as techniques in addition to this conventional method.

I would like to thank Ethiopian Institute of Agricultural research and Ambo Plant Protection Research Center for providing support in different aspects during the research time.