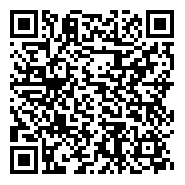 Pakistan joined the War on Terror (WOT) shortly after the 9/11 incident and helped United States in eliminating extremists and terrorists networks in Afghanistan. Resultantly, Pakistan is facing horrible security issues inside its territory. This paper analysis the various reasons behind loopholes in the security issues of Pakistan and why the incidents of terrorism have increased over the years.

Becoming a member of the US-led alliance in the war against terrorism has many brief and permanent results for Pakistan. The partnership helped Pakistan to overcome the sanctions, to get monetary as well as military services assistance also to end the international isolation. It also got the status of a non-NATO ally and proved itself as the most suitable number one ally as a result of a rogue regime, terrorist or failed state. It succeeded to restore the membership in the commonwealth that was suspended after the military coup of October 1999. However, Pakistan is paying a huge price in social-strategic fields. It endured an immeasurable loss in the global war on terror [1]. Following 9/11 attacks Pakistan became a member of the anti-terrorists block for the United States and provided much support to them against rising and terrorist groups in Afghanistan. As a result, Pakistan is also facing more problems and complexity because of becoming Front Range ally. The cost of those policies also brings terrorism in Pakistan, to counter that terrorism Pakistan uses hard powers and military action to eradicate terrorism. Terrorism and military action has a strong influence on the behavior of humans and plays a destructive role in the disturbance of someone’s lives and government activities in the area [2]. Pakistan is one of the countries affected by terrorism and other internal security threats by various non-state actors. These threats badly damage the peace and weakened the state of Pakistan. The poor policies by the government invited the terrorists to a secure place and therefore, Pakistan faced large destructions and threats to the citizens' lives and other human security aspects. These threats also related to border issues inside weak states are not able to secure borders because internal condition based actors facilitate other non state actors to assault. Pakistan after 2015, has added non-traditional risks with the traditional security [3]. The terrorism is not the only problem for Pakistan but it’s also huge issue all over the globe. Due to terrorism Pakistan is becoming economically weak and there is no foreign investment in Pakistan. In order to counter this menace of terrorism firstly, our Government should make strong policy against terrorism, how to get rid of this evil and how to make a good image of Pakistan in the world. Secondly, the government should improve the security system properly and look after Afghan and India border. Thirdly, our government should investment money in the field of education to change minds of people about supporting terrorist in our country. The education revolution is the best tool to bring peace and prosperity to Pakistan.

The attacks on World Trade Center and Pentagon divided the world into two blocks’ supportive and non-supportive supporter of United States. Pakistan being a supportive partner of the US has to face more negative security implications than positive. The security condition of Pakistan turned and is still declining day by day [4]. The internal security in Pakistan emerged as an obstacle to the state-writ credited to the societal partage and rise in extremism and terrorism. Incidents of terrorism linked to TTP developed as the major internal security threat in Pakistan [5]. More than 100 drone attacks were conducted in Pakistan alone and are approximated to kill one third to ninety-five percent civilians. Contested narratives are there whether the drones are legal in the realm of international rules and violate the countrywide sovereignty of the targeted countries and who are actually being killed by these US drones [6]. The nature of terrorism changes with varying world circumstances and increases its effect and power with the new resources made possible by developing technology. Terrorism is brutal of crimes. The universal revolt at the events of September 2001, the "War on Terror" has exaggerated many overlaps the global threat of terrorism [7]. Nationwide security of Pakistan is also linked with human population control, energy and drinking water security and strategy to tackle natural disasters. Good governance and permanent sustainable external and inner policy is a key to take this country out of the current situation [8].

While increasing wave of globalization has been the transformation of the commonly held notions of space and time. Subsequently, globalization has turned the entire planet earth into a "global village" such that every point in the world in frequent and close touch with the rest of the world via digital, satellite or telephone communication [9]. Thus to understand the interplay between globalization and religious extremism and international security crisis, globalization must be understood as a dialectical phenomenon, in which events at one the road of the distanciated relation often produce divergent or even contrary occurrences at another. The dialectic of the local and global is a basic emphasis on the arguments employed here or perhaps as author has argued, globalization should be seen as a process whereby social relations acquire distanceless and borderless attributes so that human lives are increasingly played away in the world as a single place [10].

Pakistan Support to the US

Because of its geographical location and the links to major territorial players like India, Afghanistan, and China, the US needed Pakistan's support. Pakistan provided logistical support, intelligence sharing and air bases to the united states for NATO action against al Qaeda and the Taliban. Pakistan provided different kinds of support demanded by the US such as, "over flight rights, gain access to Pakistani air, marine and land bases, grind the domestic elements who are supporting terrorism against Americans as well as allies, finish every logistic and diplomatic support to Taliban.

These acts have strategic importance. Attacks on such far above the ground value targets in Pakistan as President, Prime Minister, Marriot Hotel, Sri Lankan Cricket Team, Army GHQ, PNS Mehran Base, Police Stations, drone attacks and FC training centers etc. These acts are sponsored by state agents as an implement of state policy. These activities are a component of a more immensely colossal game involving other regional actors. The prime objective of such acts is to project the victim state as a failed state and on the edge of collapse [7].

A number of the important national interests and objectives to be safeguarded by Pakistan internally and externally may include, sovereignty and territorial sincerity including Azad Jammu and Kashmir and GilgitBaltistan; second major issues, nation unity, elimination of extremism and terrorism, socio-economic development through good governance, elimination of corruption and safety of strategic resources [8].

Mass media can be used to educate and bring people on board about issues facing the country and the program to counter them. Unfortunately, our present mass media coverage is geared towards being the first in line to bring away any new story without due regard to the effect on the public. Media must use responsible coverage in range with national interests alternatively than serving their immediate business interests. The very soft corner for militancy between general public can simply be eliminated by a well-organized media effort that brings about the atrocities dedicated by the militants [7,11].

In other words, the US war against terrorism has damaged the internal, external policies and the future of Pakistan. The partnership with the United States helped Pakistan to get over sanctions, end its isolation and revive economical as well as military assistance. Initiation of composite discussion process with India under US pressure was the political gain for Pakistan. Pakistan also got the status of non-NATO number one ally and this of 'Frontline State' from that of a rogue regime, terrorist state and failed point out. Moreover, presently, the shifts of war on terror to its western frontiers also pose serious challenges to its national security and domestic stability. While to get national interest in mind, Pakistan needs to be more careful, to know the most compelling security challenges facing the region and never allowing any other country to get a tactical the current situation.