Some Thoughts on Rats and Bats during Bamboo Flowering in Mizoram 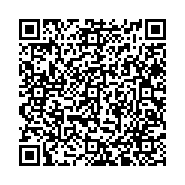 Rodent outbreaks are believed to be associated with bamboo flowering (mautam) throughout the World. The ‘Mautam’ is the most important bamboo flowering event periodically observed at an interval of 48 (± 2) years in Mizoram, North East India. Past reports revealed heavy food grain losses during such events due to rodent outbreaks, which are believed to increase in numbers because of feeding on bamboo seeds. In several cases, 100% yield losses were found, leading to many deaths and migration of people. Because of rare occurrence and little studied event, mass flowering in bamboo gave rise to lots of myths and rumors all over the world and especially in tribal areas like Mizoram (India). Several enigmas are known from the state during Mautam; likewise one surprising fact about rodents and bats are common in Mizoram during flowering events. In this report, we tried to describe all these facts supported by all the available documents. A brief review is presented here. This is yet unsolved mystery or possibly myth; the entire phenomenon therefore needs to be carefully studied to understand the causative factors. For that, one has to wait for next ‘mautam’ which is expected to occur during 2053- 2056.

The Mizoram state of India, being a diversified territory, possesses a broad array of bamboo species including widely distributed muli or mautak bamboo, Melocanna baccifera[1]. Mass flowering of bamboo is a botanical enigma and it is believed to have association with explosive increase of rodent population or so-called ‘ratadas’[2]. Ratadas are usually connected with famine, calamities and increase in diseases in local human. Mautam (flowering of M. baccifera) is the significant historical event sporadically occuring at an interval of 48 (± 2) years. As per the records of the Government of Mizoram state, previous mautam was witnessed during 1911 and subsequently two another phases of Mautam (in 1958-59 and 2006-07) were also observed[3]. Generally, it is considered to be a horrific omen and past evidences revealed severe famine because of rodent outbreaks; leading to many deaths and migration of people[1]. Besides, many animals are also reported to increase during such events including cinnamon bugs, nangsi bugs, grasshoppers, giant african snails, leaf rolling caterpillars, wild boars and bats. All these animals also make considerable damage to the crops[4-9]; however it is always underestimated and rodents are mainly considered as offender.

The popular belief is that, bamboo fruits contain potential estrogenic compounds that stimulate reproduction of rodents, leading to their outbreaks. Past evidences revealed heavy losses in food grains in the field as well as in storage[2,10-13]. Even if, rats do not reside in Jhum land; Jhum paddy suffers enormous loss. It is assumed that, rats come in Jhum field only in night, feed on paddy ears and return to longer distance in jungle. Surprisingly, several hectors of Jhum paddy usually finishes (without ears) in single night without any rat sign[7]. Same condition was found in many villages during past and recent Mautam. Subsequently on next morning, few people attempted to find out any rat trails or sign in and around field, even in jungles but were unable to locate it. Moreover, efforts were also made by some group of people by placing dead fall traps at regular interval to catch rodents; but still their entire paddy field were damaged in a single night without a sign of rats [7].

Being a quite heavy animal, it is impossible for mature rats to sit on the top of rice plant without breaking it and selectively feed on ears. Some villagers however claimed to have seen large numbers of small rodents sitting on top of the rice crop and referred to these as Chaichim (a Mizo name usually for species of the genus Mus)[1]. If we believe this fact, then at least millions of Chaichim rats should be present in the area to feed on hectors of paddy field; while Mus spp. contribute relatively small portion of total rodent species in Mizoram[1,9]. Therefore, it is yet unsolved mystery about real cause. In contrast, several reports signified presence of some different agencies in this process other than or besides rats and possibly birds (or something with wings)[1,7]. Some local people speculated that this might be caused by birds and perhaps bats[1]. Furthermore, many people narrated about large numbers of bats in presence of rats during night time in the field[7]; nonetheless unable to find out exact offender and mostly believed on job of bats only.

Bats are primarily carnivorous mammal with few exceptions and considered as a potential predator of nocturnal insects[14]. However, few species of bats feed on fruits and nectar of flowers. In addition, one of the world’s smallest bats (Tylonycteris pachypus) is known to associate with bamboo plants[15]. By and large bats are predators on wide range of animals[14] and concrete evidence is yet not available indicating even little herbivory by bats in rice ecosystems. Thus, it is impossible to believe the fact that bats feed on paddy ears. Something else besides rats or perhaps other birds may have contributed in this ambiguous activity. Furthermore, villagers claim the presence of large bat population during Mautam might be true and bats probably aggregated to predate on nocturnal insects which are also reported to increase in such events. This whole account is however still mystery or possibly myth.

Because of rare occurrence and little studied event, mass flowering in bamboo gave rise to lots of myths and rumors all over the world and especially in remote and tribal areas of Mizoram in north eastern India. For example, villagers explained the fact of population explosion in rats after consumption of bamboo seeds by saying that, during Mautam even vegetables like egg plant fruits and insects like caterpillars turn into huge rats [7,16]. It was also assumed to increase milk yield of cows by eating bamboo seeds. They believed, even cats and other domestic animals grew huge in size and reproduced more off-springs than they normally did[7,16]. It was also reported that rats grew as big as piglets during mautam and they were born of mother earth rather than rat mothers[16]. Therefore, the entire phenomenon needs to be neatly studied to give exact conclusion; for that we have to wait for next Mautam which is expected to occur during 2053-2056. Since, most of the people perhaps will not be present to see the forthcoming Mautam; it is therefore extremely essential to document all these information for better understanding.