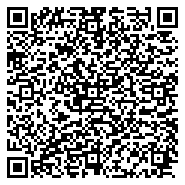 Therapeutic drug monitoring in terms of quality is very much important in pharmaceutical industries. Some of the barriers are like finding out the purity and maintaining uniformity content in pharmaceutical dosage form. To overcome such problems, the present research deals with the development of a stability indicating reverse phase HPLC with PDA detector method for the determination of Armodafinil Agilent XDB-C18, 150 × 4.6 mm, 5 μm or Equivalent column. The flow rate was kept at 1.0 ml/min and the injection volume 10 mL and the run time is 8 min and drug Rt is 3.354. The separation was performed at 30°C. Eluents were monitored by PDA detector set at 223 nm. The developed method was statistically validated and results for the linearity is 0.999 and for System suitability, theoretical plates are 2500 and its tailing factor is 1.64, Precision is 0.1, LOQ is 1.00 μg/ml, LOD is 0.33 μg/ml, accuracy is 100.19, Robustness (flow rate, mobile phase) is complied.

Armodafinil [1-3] is the Enantiomer pure compound of the euro-genic modafinil (Provigil). It consists of only the (R) (−) enantiomer of the racemic modafinil. Armodafinil is currently FDA-approved to treat excessive daytime sleepiness associated with obstructive sleep apnea, narcolepsy and shift work disorder. It is commonly used off-label to treat attention deficit hyperactivity disorder, chronic fatigue syndrome and major depressive disorder. It has been shown to improve vigilance in air traffic controllers. Literature review [4-7] reveals very less works done, it became very interesting to pursue the work and to implement the therapeutic drug monitoring in terms of stability.

Instrumentation and analytical conditions: The analysis of the drug was carried out on a HPLC system equipped with a reverse phase HPLC with PDA detector method for the determination of Armodafinil Agilent XDB-C18, 50 × 4.6 mm, 5 μm or Equivalent column. A mobile phase consisting of Phosphate Buffer: Acetonitrile (65:35 v/v) was employed in this study. The flow rate was kept at 1.0 ml/min and the injection volume 10 mL and the run time is 8 min. The separation was performed at 30°C. Eluents were monitored by PDA detector detector (Waters 2695 Separation Module Equipped with 2996 PDA) set at 223nm.

Accurately weighed 2.72 gm of potassium dihydrogen phosphate in 1000 ml of Volumetric flask add about 900 ml of milli-Q water and sonicate and make up to the final volume with milli-Q water, add 1 ml of Triethylamine and then PH 5.6 is adjusted with dilute orthophosphoric acid solution.

Mix 600 ml of phosphate buffer pH 5.6 and 400 ml of Acetonitrile (HPLC grade) in a ratio of (65:35% v/v) degassed in ultrasonic water bath for 5 minutes. Filtered through 0.45 μ filter under vacuum filtration

Prepare filter and degass the mixture of HPLC grade water & methanol in a Ratio of (20:80% v/v).

Preparation of standard solution of Armodafinil

Accurately Weighed and transferred 10 mg of Armadofinil working Standards into a 10 ml clean dry volumetric flask, add 7 ml of methanol, sonicated for 5 minutes and make up to the final volume with methanol (standard stock 1000 μg/ml). From the filtered solution 0.5 ml was pipette out into a 10 ml volumetric flask made up with diluents.

Preparation of sample solution of Armodafinil

Twenty tablets were weighed and crushed into powder, in order to calculate the average weight of each tablet. From that powder weight equivalent to 50 mg of Armodafinil was transferred into a 100 ml volumetric flask, 70 ml of diluent added and sonicated for 25 min, further the volume made up with diluent and filtered. From the filtered solution 0.2 ml was pipetted out into a 10 ml volumetric flask and made up to 10 ml with diluent. The peak areas were measured at 223 nm and concentrations in the samples were determined by interpolation from calibration plot previously obtained.

The drug was subjected to stress conditions in various ways to observe the rate and extent of degradation that is likely to occur in the course of storage and/or after administration to body. The various degradation pathways studied are Acid degradation, alkaline degradation, Oxidative degradation, Thermal degradation, Photo degradation.

The linearity of an analytical method is its ability to elicit test results that are directly proportional to the concentration of analytes in samples within a given range or proportional by means of well-defined mathematical transformations. Linearity may be demonstrated directly on the test substance (by dilution of a standard stock solution) and/or by using separate weight of synthetic mixtures of the test product components, using the proposed procedure [8-11].

Accuracy was best determined by the standard addition method. Previously analyzed samples of Armodafinil API were added with standard drug solutions and are analyzed by the proposed method. Recovery (%) and RSD (%) were calculated for each concentration.

The concept of robustness of an analytical procedure has been defined by the ICH as “a measure of its capacity to remain unaffected by small but deliberate variations in method parameters”. The robustness of a method is the ability to remain unaffected by small changes in parameters such as pH of the mobile phase, temperature, % organic solvent strength and buffer concentration etc. To determine the robustness of the method experimental conditions are purposely altered and chromatographic characters are evaluated. Influence of small changes in chromatographic conditions such as change in flow rate (± 0.1 ml/min), temperature (± 2°C), wavelength of detection (± 2 nm) and water content in mobile phase (± 2%) were studied to determine the robustness of the method.

The limit of detection (LOD) of an analytical method may be defined as the concentration, which gives rise to an instrument signal that is significantly different from the blank. For spectroscopic techniques or other methods that rely upon a calibration curve for quantitative measurements, the IUPAC approach employs the standard deviation of the intercept (Sa), which may be related to LOD and the slope of the calibration curve, b, by

Where, Sa is the standard deviation of the peak area ratio of analyte to IS (5 injections) of the drugs and b is slope of the corresponding calibration curve.

The specificity of the method was determined by exposing the drug sample to acidic (0.1 N HCl), basic (0.1N NaOH) and oxidizing (3% H2O2) stress conditions. The resulting solutions were then analyzed and the analyte peak was evaluated both for peak purity and for resolution from the nearest eluting peak.

Stability of pharmaceutical product may be defined as, the capacity of a particular formulation in a specific container or closure system, to remain within its physical, chemical, microbiological, therapeutic and toxicological specifications.

Stability of Armodafinil API was determined after storage of the drug solution for 24 hours at room temperature (25 ± 2°C). The recovery of the method, determined by adding a previously analyzed test solution with additional drug standard solution, was 100.19%. The values of recovery (%) and RSD (%) listed in Tables 4 and 5 indicate the method is accurate-chromatogram was shown in Figures 4 and 5.

Table 4. Calibration of the HPLC method for armodafinil. This method was carried out and the high values of mean assay and low values of standard deviation and % RSD (RSD NMT 2.0%) within a day and day to day variations for armodafinil revealed that the proposed method is precise and the final result obtained % RSD is 0.1. Results obtained are shown in Figures 6 and 7 and Tables 6 and 7. Influence of small changes in chromatographic conditions such as change in flow rate (± 0.1 ml/min), Temperature (± 2°C), Wavelength of detection (± 2 nm) & buffer in mobile phase (± 2%) studied to determine the robustness of the method are also in favor of (Table 4, % RSD < 2%) the developed RP-HPLC method for the analysis of Armodafinil API. Results obtained are shown in Figure 10 and Table 8.

In the linearity, correlation coefficient obtained is 0.999. Chromatograph of calibration curve is shown in Figure 2 and observe Table 4.

The Minimum concentration level at which the analyte can be reliable detected (LOD) & quantified (LOQ) were found to be 0.33 μg/ml and 1.006 μg/ml respectively. Chromatograms obtained are shown in Figure 8.

Figure 8: Chromatogram of LOD and LOQ.precision.

Specificity: No peak was found at the retention time of armodafinil peak. Observe the peaks in Figure 9.0, 9.1, 9.2. System Suitability: Theoretical plates are about 2500 and tailing factor obtained was 1.64. Observe the Table 3 and chromatograms obtained are shown in Figure 4.

It is important to mention here that the armodafinil API was stable in solution form up to 72 hours at 25°C. Assay was performed by using the regression equation (y = 100769x + 27300, R2=0.9991) obtained from the standard curve of temozolomide API. Results obtained are given in Table 5. The assay of containing armodafinil was found to be 99.8% as per the method.

From the above results furnished, the proposed RP-HPLC method was found to be simple, precise, accurate and sensitive for the determination of armodafinil in pharmaceutical dosage form. These are within short analysis time and the low value of RSD in comparison to the previous papers published; indicate that the proposed method is highly precise and accurate. High percentage of recoveries suggests that the proposed method is accurate. Forced degradation studies based on peak purity results, obtained from the analysis of force degradation samples using described method. It can be concluded that the absence of co-eluting peak along with the main peak of armodafinil indicated that the developed method is specific for the estimation of armodafinil in the presence of degradation products.