Copyright: © 2018 Ijiri M, et al. This is an open-access article distributed under the terms of the Creative Commons Attribution License, which permits unrestricted use, distribution, and reproduction in any medium, provided the original author and source are credited. 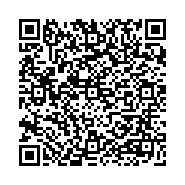 Low-alloy steels are based on carbon steel in combination with several percent or less (in many cases 1%) alloying elements, and offer improved resistance to corrosion at a slightly higher cost than carbon steel. However, these materials do not exhibit the same corrosion resistance as stainless steel. The authors have previously developed the novel multifunction cavitation (MFC) technique, which combines ultrasonic cavitation with water jet cavitation. It has been reported that MFC-processed Cr-Mo steel (JIS-SCM435) has improved corrosion resistance in rust, and voids and cracks are not formed to any significant extent in the specimen interior. In this study, the authors investigated the cause of improvement of corrosion resistance of rust in MFC processed Cr-Mo steel (JIS-SCM435) by surface potential measurement and dissolved oxygen measurement.

Low-alloy steels with improved corrosion resistance can be obtained by alloying carbon steel with various elements at concentrations of several mass% or less (or even less than 1 mass% when combinations of elements are employed). These materials are slightly more expensive than carbon steel but have significantly improved resistance to specific types of corrosion. However, at present, the improvements in the fatigue characteristics and corrosion resistance of metals resulting from conventional surface modification techniques are not always satisfactory, because the operating environments of such materials typically become increasingly harsh over time.

Surface modification technologies such as water jet cavitation (WJC) have been applied to improve the stress corrosion cracking and fatigue strength of alloy steels [1]. Employing WJC transitions the tensile residual stress applied to the weld zone and the surface grinding face to a compressive residual stress, and tends to provide excellent fatigue strength [2] and stress corrosion cracking resistance [3]. However, it is difficult to improve corrosion resistance using this method. In addition, the authors have reported that voids and cracks tend to form inside specimens in response to high compressive residual stress values resulting from increases in the pressure applied to the specimen surface [4].

The authors have previously developed a novel technique combining ultrasonic cavitation (UC) and WJC, referred to as multifunction cavitation (MFC) [5]. This method has the advantage of utilizing the same high temperature, high pressure microjet typically employed in both WJC and UC. In the past, the authors reported that titanium oxide powder, which is widely used as a photocatalytic material, can be fabricated down to the nanosize level when processed with MFC [6]. In addition, it has been reported that MFC-processed Cr-Mo steel (JIS-SCM435) has improved corrosion resistance in rust, and voids and cracks are not formed to any significant extent in the specimen interior [7]. In the present study, the authors investigated the cause of improvement of corrosion resistance of rust in MFC processed Cr-Mo steel (JISSCM435) by surface potential measurement and dissolved oxygen measurement.

This work employed Cr-Mo steel, a structural machine steel having the chemical composition shown in Table 1.

Table 1. Chemical composition of the Cr-Mo steel used in this work.

Round bar (rod) specimens were heated at 860°C as a solution treatment, followed by quenching. Tempering was performed at 600°C. The rods were subsequently cut into rectangular specimens with dimensions of 100 × 100 × 3 mm.

Figure 1 shows a diagram of the equipment used for MFC processing. This equipment was similar to a conventional WJC apparatus, in that a jet of room temperature tap water was discharged from a nozzle at 35 MPa. The nozzle diameter was 0.8 mm, the distance between the nozzle and the specimen was 65 mm, and the reactor dimensions were 60 × 45 × 37 cm. The depth of the water in the reactor was about 27 cm, and the nozzle was installed about 16.5 cm from the reactor bottom. The conduit of the WJ nozzle in Figure 1 was processed in a closed state. This conduit is an insertion port into which powder [8] and chemicals are put for processing metal or ceramic powder. During the MFC treatment, an ultrasonic transducer was positioned orthogonal to the water jet nozzle and ultrasonic waves (UC) was imparted to the water jet. In the present study, ultrasonication was performed at 225 W and 28 kHz. The processing times required for MFC is 2 and 10 min, respectively, while only 2 min is required in the case of UC and WJC. In the present work, the microstructure observations were conducted using optical microscopy (OM) and scanning electron microscopy (SEM; S-4800, Hitachi). In preparation for observations, specimens were corroded in a 5 vol% Nital etchant solution. Prior to all post-processing characterizations, specimens were cut into 1 × 1 cm test samples. For the measurement of the surface potential, Kelvin probe force microscopy (KFM) was performed using a multi-compatible miniature probe microscope (AFM5200S, Hitachi High-Tech Sciences, Co., Ltd.). The measurement area was 100 μm × 100 μm, and the value obtained by subtracting three lines by line analysis was averaged. The dissolved oxygen (DO) values of water in which cavitation had occurred in an SUS310S reactor for 30 min were obtained using a portable analyzer (OM – 71, Horiba, Ltd.).

These samples were stored in ambient air (indoors, summer, room temperature: about 22-25°C) for two months after processing. In each case, the specimen surface was finished by mirror polishing prior to processing. Rust can be seen on the surfaces processed with UC and WJC, but not on the MFC sample. UC generates both low and high-pressure regions around small bubbles (several μm in size) by applying strong ultrasonic waves in a liquid. Bubbles having a high temperature reaction field are generated by repeated isothermal expansion and adiabatic compression. However, in the case of UC [9] (and in contrast to WJC and MFC processing), the bubbles are very small and the collapse pressure is low, such that the pressure applied to the specimen surface and the emitted shock waves are weak. As a result, almost no compressive residual stress is applied to the specimen surface.

Because the temperature of the UC bubbles is high while the bubble size is small, increases in surface temperature are not anticipated. In contrast, the cavitation collapse at the material surface that occurs during WJC generates impact pressures greater than several 1000 MPa. In addition, because some thermal energy is transferred to the material surface, a passive layer is obtained. Soyama et al. has also reported the formation of a passive layer as part of the mechanism by which the corrosion resistance of carbon steel is improved following the application of a cavitation jet [10]. In the case of MFC, the bubbles generated by WJC (which are larger than UC bubbles) are irradiated with ultrasonic waves, and thus possess both high temperature (several 1000°C) and high pressure (approximately 1000 MPa). As these bubbles collide with the surface, a more stable passive layer is formed than that obtained with WJC.

Figure 3 shows OM images of the sides of specimens in the as-received state and following treatment with UC, WJC and MFC for 2 min. Figure 3: Optical micrographs of the side views of specimens (a) in the as-received state, and after treatment with (b) UC, (c) WJC and (d) MFC for 2 min. The dashed lines indicate the surface of each specimen.

Pearlite and ferrite were observed in each specimen, although the grain size did not change greatly in the depth direction after each processing. However, rust was found on the MFC-processed specimen, which is unusual. The rust was not present on the ferrite portion and was confined to the pearlite regions at a depth of about 1 mm from the surface. This rust formation is attributed to selective oxidation in the specimen interior as a result of the formation of a passive layer on the specimen surface after MFC processing. Specifically, the Cr was selectively oxidized. During MFC, the surface temperature was increased and a Cr oxide film formed on the surface. This depleted Cr in the specimen interior such that a large amount of rust was generated on the specimen side near the processed surface.

The corrosion resistances of the specimen surfaces were assessed by measuring their surface potentials, and the results are summarized in Table 2.

Table 2. Surface potentials of specimens after various treatments for 2 min.

In the case of the MFC-processed specimen, which exhibited the highest corrosion resistance, it is likely that the hot spots inside the bubbles greatly increased the sample surface temperature upon collapse of the cavitation bubbles, such that a passive layer was formed and the corrosion resistance was improved.

Figure 4 shows an SEM image of the specimen surface after MFC processing for 2 min, following the removal of the surface oxide layer and peening marks. The shape of the ferrite grains did not change, but the lamellar structure of the pearlite was bent and kinked bands were formed, producing a structure very similar to a cold-rolled texture. Figure 4: SEM image of the specimen surface after MFC treatment for 2 min.

Figure 5 presents SEM images of the specimen surface after MFC processing for 10 min. A similar microstructure to that obtained after 2 min is evident.

Figure 5: SEM images of the specimen surface after MFC treatment for 10 min: (a) standard magnification, and (b) a higher magnification image of the region indicated in (a).

The reason for the selective oxidation inside the specimen during MFC processing was investigated by monitoring the water temperature, and Figure 6 summarizes the results. Figure 6: The water temperature as a function of processing time for all three techniques.

While UC did not increase the water temperature, both WJC and MFC did raise the temperature in the reactor. This occurred as a result of the pressurization of the water by the high-pressure pump, as the kinetic energy of the water was converted to thermal energy. From the viewpoint of bubble energy, it is thought that both WJC and MFC generate larger bubble collapse energies than UC processing, which also results in an increase in water temperature. The slightly higher temperature obtained during MFC compared to WJC processing is due to the application of ultrasonic energy, reflecting the hot spots in the bubbles generated by MFC. Figure 7 plots the dissolved oxygen (DO) in the reactor over time for each processing method. Figure 7: Dissolved oxygen concentration as a function of processing time for all three techniques.

The DO concentration was almost unchanged during UC, whereas it decreased during both WJC and MFC processing.

In WJC processing, the pressure applied to the specimen surface increases due to the shock wave generated by the micro jet. A part of the foam is deformed or the bubbles become large again over a very short time span, and so both the water temperature and the temperature of the processed surface increase. As a result, it is believed that DO combines with Cr to form oxides on the processed specimen surface, such that the dissolved oxygen decreases.

During MFC, the bubbles (which have a high internal temperature and pressure) increase the sample surface temperature to a greater extent than during WJC processing due to the hot spot phenomenon inside the bubbles. Thus, the DO concentration is reduced to a greater degree as a passive layer is generated.

As described above, in the MFC technique, bubbles having characteristic high temperatures collide with the specimen surface as the result of irradiating large bubbles generated by WJC with ultrasonic waves. This method effectively improves specimen surface of corrosion resistance.

The specimen surface of corrosion resistance was improved via the formation of an oxide film by selective oxidation as well as the reduction of surface defects. It is considered that this oxide film was formed by the reaction of dissolved oxygen in the water with Cr on the metal surface during the MFC treatment.

This work was supported by the Innovative Science and Technology Initiative for Security program of the Acquisition, Technology and Logistics Agency (ATLA) of Japan.