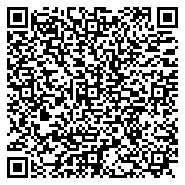 In recent years, thiazolidinone and their derivatives have become among the most extensively investigated compounds [1-5]. They constituted a very important group of heterocyclic compounds, having valuable biological activities in the areas of medicine as well as agriculture. The thiazolidinone scaffold is a central part of biologically active compounds with various applications and uses [6-8] such as antibacterial [9-11], antifungal [12-14], anticancer [15,16], anti-tubercular [17,18], antimalarial [19], anticonvulsant [20,21], anti-inflammatory [22,23], anti-HIV [24,25] and analgesic [26]. The 4-thiazolidinone moiety is very versatile and has featured in many drugs (Figure 1) and several compounds with 4-thiazolidinone core structure were found to kill selectively drug resistant cancer cells and induce cell death [27]. The peptidoglycan is an essential component of the cell wall of both Gram-positive and Gramnegative bacteria. The 4-Thiazolidinones have been reported as novel inhibitors of the bacterial enzyme Mur B which is precursor acting during the biosynthesis of peptidoglycan [28].

The Vilsmeier-Haack reagent has been proud to be a versatile reagent capable of exacting a large variety of synthesis transformation [29]. It finds application in formylation [30], cyclonaloaddition [31] and cyclisation [32]. Recently, its potentiality wax explored in the synthesis of substituted aldehydes from acetanilide, N,N-dimethylformamide (DMF) and phosphoryl trichloride (POCl3) to develop novel quinolone based, fused, heterocyclic systems as potential anticancer agents [33-39], a quinolone nucleus with different substituent’s at 2 and 3 positions was required which afforded a versatile synthon for farther hetero annulations. For the past few years, our group has also been preparing and evaluating biologically important compounds.

The most common approach for the synthesis of the thiazolidinone ring involves substituted aldehyde, substituted amine and thioglycolic acid in one step or two steps. So many researchers have dedicated much effort to synthesis of 4-thiazolidinones using benzene or toluene [40,41], PEG [42], ionic liquids [43,44], Bi(SCH2COOH)3 [45], ZnCl2 [46], protic acid [47], zeolite [48], silica gel [49], and Saccharomyces cerevisiae [50] as catalysts. However, some of these procedures have major disadvantages, for example prolonged reaction time, use of special apparatus (Dean and Stark assembly), use of much expensive and environmentally very toxic catalysts and solvents, and low or moderate yields. Therefore, because of recent interest in green chemistry, there is a need to develop a simple and highly efficient procedure using a reusable and environment-friendly catalyst and Multicomponent reaction [51-55].

aAll the reaction was carried out in various molar proportion of compounds, bIsolated yield.

Table 3. Screening of catalyst for the model reaction (5a)a.

Table 4. Screening of solvents for the model reaction (5a)a.

In view of green chemistry, it was decided to prefer water as solvent in our initial study for optimization of the catalyst. During this study, the model reaction was performed using water as a reaction medium at reflux temperatures. The desired product 5a was obtained in 20% only, even after reaction for 9h in water under reflux (Table 4).

The investigation toward the effect of solvent, the model reaction was further performed with β-cyclodextrin-SO3H in different solvents (acetic acid, DMF, methanol, toluene, ethanol, and Isopropanol) (Table 4). Use of these solvents failed to improve the yield and rate of the reaction. However, considering the increasing importance of solvent-free reactions in organic synthesis, we examined the catalytic efficiency of β-cyclodextrin-SO3H in the absence of the solvent. The rate of the reaction increased substantially and the desired product 5a was obtained in higher yield 98% (Table 4). Thus, β-cyclodextrin-SO3H proved the most efficient acidic catalyst in terms of time and yield.

We like to mention here in solvent-free were the best choice and less time required for reaction completion. We decided to carry out the further reaction in solvent-free condition with β-cyclodextrin-SO3H catalyst (Scheme 5; Table 5). However, the reaction provides cleaner reaction, short reaction time, and the products were only required to be washed with ice-cold water. The yields are good to excellent. To assess the generality of this reaction, substrate scope was investigated under the optimized conditions; the results are listed in Table 5. The various aldehyde and anilines were cyclocondensed with thioglycolic acid to afford a variety of 4-thiazolidinones (Table 5). Aromatic aldehydes with electron withdrawing or donating substituents reacted very well, affording good to excellent yields of 4-thiazolidinones.

For reasons of economy, the stability and sustained activity of the catalysts are extremely important. Thus, recovery and reuse of β-cyclodextrin-SO3H in the model reaction were also studied. After completion of the reaction, the mixture was cooled to room temperature and ethyl acetate was added. The solid catalyst was isolated by filtration of the reaction mixture, washed with ethyl acetate, dried in an oven then reused for further catalytic cycles. Figure 6: Plausible reaction mechanism for the synthesis of thiazolidin-4-one.

We have successfully developed a β-cyclodextrin-SO3H catalyzed an easy access to a new series of a facile one pot three component synthesis of 2-((substituted)-2-chloroquinolin-3-yl)-3-((substituted) phenyl) thiazolidin-4-one. This catalyst is highly active, mild reaction conditions, good to excellent yields, easy work-up, reused without significant loss of activity and easily available substrate make this reaction an attractive method for the preparation of compounds 5a-p. This procedure has many advantages over other methods, for example shorter reaction times, recycling and reuse of a heterogeneous biopolymer-based solid-acid catalyst, convenient one-pot operation, and simple experimental procedure.