The Interaction of Microbial Symbionts and the Host, Geocoris pallidipennis 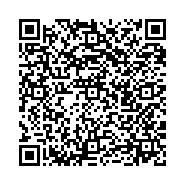 Wolbachia was one of the most known symbiotic bacteria found in insect hosts [15].The infection rate of Wolbachia in insects, mites, crustaceans and nematodes [16,17] is common [18-20] Weinert et al. [21] reported the diversity and incidence of bacterial symbionts in ladybird beetles, and conclude that Rickettsia, Wolbachia and Spiroplasma were all can be found among ladybird beetles. Kikuchi and Fukatsu (2003) explored the presence of Wolbachia in Heteroptera bug and revealed several novel lineages of Wolbachia. Pike and Kingcombe (2009) revealed that Wolbachia was responsible for a huge variety of reproductive peculiarities. Wolbachia in Drosophila species also caused cytoplasmic incompatility [22], and in Aedes albopictus accelerated cytoplasmic drive [23]. In addition, Wolbachia in D. melanogaster had significantly favorable effects on survival rate and fecundity [24]. Besides, the reproduction [25] and population conformity [26], the egg and larval survival rate [27, 28] were also enhanced by Wolbachia. Because of Wolbachia's ability to alter host reproduction, Wolbachia may have potential application in biological control.

16S rDNA sequence analyses: The genome DNA was isolated from G. pallidipennis by TIANamp Genomic DNA Kit (Tiangen®, Beijing, China) and used as template. The high fidelity Taq polymerase (TransGen Biotech, Beijing, China) was employed for the following PCR. The primers were 27 F (5'-AGAGTTTGATCCTGGCTCAG-3') and 1492 R (5'-TACGGTTACCTTGTTACGACTT-3') [32] (synthetic by Biological engineering of Beijing, China). Each reaction was run for 30 cycles. Reaction in each cycle was denaturation at 94°C for 30 s, annealing at 51.3°C for 45 s and extension at 72°C for 2 min (10 min extension for the last cycle). The products of PCR were detected by 1% gel electrophoresis and cloned into PMD19-T vector (Takala, Dalian, China) to construct recombinant vector. The positive clones identified by PCR verification were sequenced into DH5a (TransGen Biotech, Beijing, China) competent cells after electrotransformation. The plasmid of positive clones was extracted by TIANprep Mini Plasmid Kit (Tiangen®, Beijing, China), and analyzed by restriction enzymes MspI (Tiangen®, Beijing, China). The enzyme system includes the following: plasmid 4 μl, 10× T Buffer 2 μl, BSA 2 μl, MspI 1 μl, ddH2O 11 μl. The enzyme reaction was carried out at 37°C for 16 h. The digest products were separated by electrophoresis on a 2% gel.

Host insects, the treatment and sample preparation: The host insect colony of G. pallidipennis was established in the laboratory in 2010 with individuals originally collected near Xiaoyue River, in Beijing. G. pallidipennis was reared on artificial diet [34]. The new hatched G. pallidipennis nymphs on the same day were used for the study reared on artificial diet at (25 ± 1)°C with a 16:8 (L: D) photoperiod under (70 ± 5)% RH in a climatic incubator. The treatment was 0.3mg/ml rifampin [35] (Jiangchen, Beijing, China) added to artificial diet and mixed well to remove microbial symbionts in G. pallidipennis, and artificial diet without antibiotics was used as a control. The G. pallidipennis were continuous feed by the treatment and the control over two generations. And then, five of 4th instar nymphs were collected and extracted genome DNA. The genome DNA was used as a template, the primers were WSP 81F (5‘-TGGTCCAATAAGTGATGAAGAAAC-3‘) and 691R (5‘-AAAAATTAAACGCTA CTCCA-3‘) [36,37] for PCR amplification, each reaction was run for 30 cycles. Reaction in each cycle was denaturation at 94°C for 30 s, annealing at 44.6°C for 45 s and extension at 72°C for 2 min (7 min extension for the last cycle). The products of PCR were detected by 1% agarose gel electrophoresis.

Effects of microbial symbionts on host growth: For detection of the effects of microbial symbionts on the growth of G. pallidipennis, the host insects from the treatment or control described above over two generations were allowed to produce offspring, the newly hatched nymphs were placed individually in cylindrical Plexiglas tube (2 cm diameter, 4 cm height). One end of the tube was sealed with cotton and the other end was filled with artificial diet. The newly hatched nymphs in the same time was collected and checked at 6 pm every day for the development time (days) until adults. The development time for each instar was recorded, and the preoviposition time for adults was also recorded. All experiment insects was reared at (25 ± 1)°C with a 16:8 (L:D) photoperiod under (70 ± 5)% RH in a climatic incubator. The experiment designed was completely randomized with 30 replicates for the treatment and the control, respectively. The following data were assessed: developmental time from egg to adult; preoviposition time; weights of newly emerged adults.

Effects of microbial symbionts on host reproduction: For investigation of the effects of microbial symbionts on egg production of G. pallidipennis, the host insects from the treatment or control described above over two generations were allowed to produce offspring, the newly emerged adults were weighed using a Mettler microbalance (Saiduolisi, Germany) (0.1 mg sensitivity), one male and one female adult were then paired and reared together in a plastic dishes (9 cm diameter, 2 cm height) on the artificial diet. The eggs per female laid each day during the first two weeks were recorded. The experiment to examine the effects on the reproduction consisted of 24 replications for the treatment and control. For investigation of the effects of microbial symbionts on egg hatching rate of G. pallidipennis, the twenty eggs of the treatment and control were collected separately and the hatching rate was recorded, the experiment was completely randomized design with three replications.

16S rDNA sequence analyses to identify microbial symbionts: The 16S rDNA sequence analyses were conducted and the target fragment of 1500 bp as anticipated was obtained (Figure 1). One hundred positive clones were identified and sequenced. The results of those positive clones plasmid digested with MspI showed that there were three kinds of symbiotic bacteria in G. pallidipennis. The three symbionts identified in G. pallidipennis were Wolbachia, Lactobacillus and Uncultured bacterium. The basic local alignment search (Blast) demonstrated that there were 49 cloned sequences which were 98% homologous with Wolbachia; 22 cloned sequences those were 99% homologous with uncultured bacterium, and 29 cloned sequences those were 100% homologous with Lactobacillus (Table 1).

Table 1: Identification and sequence analysis of the positive cloning.

Figure 5: Weights of females and males of Geocoris pallidipennis in treatment (aposymbiosis) vs those in control (symbiosis). Error bars represent SE. Bars with the different letter are significantly different (P<0.05), according to Duncan’s Multiple Range Test.

In generally, the removal of the Wolbachia and other microbial symbionts in insects can be achieved through antibiotic diet [34] and heat treatment over 30°C [39,40]. Pike et al. (2009) [41] had studied antibiotic treatment to eliminate Wolbachia and lead to sterility in the Folsomia candida. Gibson et al. (2005) [42] studied the role of yeasts associated with green lacewings using the methods of fungicides and heat treatment but unsuccessful. In this study, G. pallidipennis was treated by rifampin at concentration 0.3 mg/ml in order to remove Wolbachia and other microbial symbionts in G. pallidipennis. The results showed that this concentration did effectively remove Wolbachia infection without producing toxin to G. pallidipennis.

The Wolbachia has favorable effects on host development therefore inhibition or removal of the Wolbachia from host can have adverse effects on the host. Dong [26] found Wolbachia infections in Liposcelis tricolor decreased development periods and increase survivorship in some immature life stages. Effects of Wolbachia have been studied in some predatory bugs, such as Wolbachia in Macrolophus pygmaeus and Orius strigicollis [43,44]. The current study also showed that the G. pallidipennis without Wolbachia attained longer development time than the control. Similar results were reported by Hu et al. [41] and Lu et al., [43] they found that the development time of nymphs and life span of Sitobion avenae and Nilaparvata ugens stal were longer in rifampin treated group than those in control group. Furthermore, the weight of female of G. pallidipennis was dropped significantly after removal of Wolbachia and other microbial symbionts, and the average egg production per female per day also declined significantly on the second week in the treated insects. The results were similar to those symbionts found in parasitoid wasp [47] and Wolbachia in D. melanogaster [24]. The data from current study demonstrated that the growth and egg production were affected by the removal of Wolbachia and other microbial symbionts in G. pallidipennis. The development and egg production of G. pallidipennis need a great deal of nutrients, the symbiotic bacteria may provide necessary nutrients to speed the host growth and production. However, it is necessary to conduct further research to determine the specific nutritious those Wolbachia or other microbial symbionts can provide for G. pallidipennis.

We thank Qiannan Li and Shen Zhang for the technical assistance in this study. This work was supported from funds (973 Program 2013CB127600 and the agriculture cooperative research fund 2011-G4).