The Role of Management Systems on Haematological Profile of Southern Giant Pouched Rat (Cricetomys ansorgei) Under the Tropical Setting in Morogoro, Tanzania 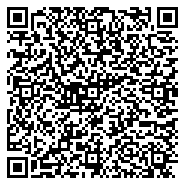 Introduction: The study explored the effect of management system on the haematological profiles of African giant pouched rats (Cricetomys ansorgei) as compared to the natural Standard procedures were observed in determination of blood cells and other blood ratios or units.

Method: The blood samples were collected from the rats both wild and captivity rats, analyzed using haematological analyser; statistically the descriptive statistics and analysis of variance were done using SPSS version 20.

Conclusion: The present study presents preliminary haematological profiles of southern giant pouched rats in Morogoro which could be useful to researchers in animal physiology. It is our hope that further researches are conducted in these precious animals to even improve their reproductive performance as well as human food.

The Southern giant pouched rats (Cricetomys ansorgei) are native to sub Saharan Africa; thus are widely distributed in tropical and subtropical Africa. They are nocturnal, fossorial and omnivorous members of the Nesomyidae family within the Muroidea superfamily. In addition these species of rodents have poor eyesight where they depend on sense smell and hearing. They are large colony-dwelling rodents, with adult body lengths of 25 to 48 cm and tail length of 35 to 45 cm while adult weights range from 1.5 kg to 3.5 kg. Both sexes reach productivity maturity at 7 to 8 months. The pregnant females give birth up to seven pups following gestation period of 27 to 36 days; in wild and captivity, several litters can be produced each years in captivity. Commonly these rats are found in forests, thickets, pits and bushes however some of them can also be found in urban and peri-urban settings [1-6].

These rats are being used in research activities such as Tuberculosis diagnosis and land mine detection [7]. In some places the rats are used as exotic pets and food item as source of protein [6]. Due to their ability of being trained, these rats are being termed in special houses with different conditions compared to the wild environment. These adopted environmental conditions might cause major physiological stress which can affect the animal’s biological system. It is therefore expected that changing the form of life from wildlife to captivity and reared into special housing may cause significant change in their haematological parameters elaborated that blood components and ratios in a population of animals can be affected by age, sex, climate, season nutritional status and life habits among others [8].

Since the rats in in captivity have special treatment such as being fed on balanced rations, cared in cages and provided with treatment as compared to the rats in the wilderness; it is expected that the consumed nutrients might be associated with change of Haematological parameters. This study examined the role of treatment between rats in captivity and those in the wild environment on the haematological parameters. This is because haematological parameters are relevant tool in evaluating the physiological and pathological status in animals [9,10]. Besides, these parameters are as well affected by several physiological factors such as breed, sex, age, reproductive status of an individual, nutrition and management and environmental factors such as temperature, altitude [11].

The study used 50 rats where 25 rats were captured in the field while 25 rats were obtained from APOPO. The wild rats were captured in the field using traps which were set in different areas which were suspected to be the residential area of the rats. The rats from the wilderness were transported to the animal house at the College of veterinary medicine and biomedical sciences and kept in cages. The rats were left to acclimatise before sampling of blood was done.

This study was conducted in Morogoro where wild southern giant pouched rats were captured on their natural habitats while housed rats were obtained as Sokoine University of Agriculture at the APOPO centre.

Sampling strategies of blood from the rats

The rats were properly handled and restrain during blood sample collection. Blood was aseptically collected using sterilized needle and syringe from the tail vein, immediately after blood collection was transferred into vacutainer tube containing anticoagulant (EDTA). The blood samples were as well handled aseptically to avoid spillage which could source of infection to the handlers and the laboratory technicians. The laboratory analysis was based on automated examination by using haematological analyzer (MELET SCHLOESING MANUFACTURE NS4S). The blood samples were mixed using blood mixing instrument before analysis.

The readings obtained in this study were subjected to descriptive statistics using SPSS version 20. The differences between the gender and type of rearing were analysed using Analysis Of Variance (ANOVA). The data were presented as means and standard deviation for each parameter where the 95% confidence level at p–value of 0.05 was considered significant.

This study involved 50 rats for blood sampling; 25 rats were captured in the field and 25 rats in captivity. Blood was drawn so as to analyse various parameters using an automated blood analyser. In this study red blood cells, total white blood cell counts, lymphocytes, monocytes, neutrophils, eosinophil and basophils concentration were measured in the blood samples collected (Table 1). Statistically the difference on the cell counts between the two groups of rats were not significantly different (p=0.48). The blood cells of the rats in the two treatments were as well grouped basing on the gender of each rat (Table 2).

Table 1. Measurement of blood cells in the two groups of rats (n=50).

Table 2. Blood indices of the wild and captivity rats.

Table 3. Blood cells of the rats with respect to treatment and sex (n=50).

The male wild rats had high reading on mean corpuscular volume (67.0 ± 19.8), packed cell volume (39.8 ± 9.6) and thrombin concentration (387.0 ± 109.9). The blood indexes in rats in captivity is shown that the reading were relatively similar in both gender. Statistically, male rats were significantly different from their female counterparts; males have high levels of indexes than female rats. Meanwhile there was no statistical significant difference between treatment groups.

Statistical analysis of the blood cells and other haematological parameters were analysed to determine the inferences of differences among groups, gender and rat treatment types (Table 4).

Table 5. Statistical inference of the blood cells and other haematological parameters.

This study analysed haematological parameters of southern giant pouched rats collected from the wilderness and those which are housed. The results present several parameters that provide informative data pertaining of the effect of captivity and housing these animals which were previously used to thrive in the wilderness. The haematological parameters were categorised into two aspects; the blood cells and blood indices or unit which can be used to translate any defect associated with blood deficiency, in addition the analysis was carried basing on gender of the rated and type of environment which the rats were raised.

It was noted that red blood cell and lymphocyte counts were relatively higher in wild rats as compared to the rats which were kept under captivity. Concurrently, rats which were in captivity had high percentage of neutrophils and eosinophil. Although the wild rats had high RBC the values had a narrow range in the two groups, the narrow range of such values is a common finding in the rodents as reported by others. Oyewale reported a range of 5.9 ± 1.56 in adult African giant rats; Kagira reported RBC reading of 5.5-9.5 in African soft furred rats and Igbokwe reported a range of 9.33 ± 2.57 in juvenile wild African giant rats, Jekl reported a range of 8.7 ± 1.02 in adult brush tailed rats [12]. Furthermore, this study reports on high RBCs counts in rats captured in the wilderness than those in captivity. The difference in the number of circulating RBCs in wild and rats in captivity could be attributed to nutrition, management and exercise as well as due to fossorial behaviour of the wild rats. The increase in the RBCs could as well be associated with the enlargement of platelets which are falsely counted by the analyser as RBC.

The blood indices were compared basing on rat treatment; the results present that there was no significant variation on the readings in both treatment groups. The analysis was also done on blood cells basing on rat treatment (wild or in captivity) and gender; it was shown that male rats in the wilderness had high PCV, MCV and thrombin concentration compared to the females in captivity; however the erythrocytic profile in all the treatment groups were not significantly different. The erythrocytic profiles obtained in this study concur with those reported in Mastomys natalensis who reported a mean value of 55.1 ± 4.0, however the readings are low as compared to the reading by Oyewale who obtained an average of 86.9 ± 6.7. Kelani and Durotoye who obtained a reading of 87.5 ± 12.4. Meanwhile our readings are high when compared to Igbokwe who obtained a reading of 40.2 ± 12.8 [13].

This study also obtained finding which could be poorly explained, under normal circumstance the increase in RBC counts goes in tandem with an increase in PCV and Haemoglobin concentration. This scenario has been observe as well by other author; Igbokwe reported that the increase in RBC count without concurrent increase in PCV and Haemoglobin concentration has not been explained in the studied rats. However such a scenario could be associated with the burrowing behaviour of these rats; in the burrows it is expected that the oxygen tension is low while there is high carbon dioxide tension; in this regard such rats are used to low oxygen tension. This is results into production of more RBC as a compensatory mechanism for effective oxygen transmission during blood perfusion.

The lack of haematological adaptation which results into increased RBC count without reflection to the PCV and haemoglobin concentration have been reported. The authors described that such lack of adaptation can be compensated by an increase in the density of the blood vessels as a physiological tolerance in these rats so as to adapt to the hypoxic and hypercapnic conditions within burrows, a finding which is also supported by Aviv In this study the PCV readings were not significantly associated with sex of the rats; this finding is also supported by the finding of Dawyne [14].

The study has also shown that the differential leukocytes counts in the studied rat have very little variation and the values are not sex-related although the readings are relatively high in male rats than female. The increase of differential leucocyte and procalcitonin counts in wild rats could be associated with stress during capture, poor acclimatization in the animal houses and handling practices. Furthermore the wild rats are constantly exposed to injuries and infections under field conditions; thus their living condition causes increase of the leucocytes for body protection and cell repair. The results as well present a relatively large proportion of neutrophils among the leucocytes; this is in accordance with Robel and Igbokwe.

The present study has presented finding on haematological parameters of housed and wild southern giant rats. The result present that the wild and housed rats differ in the cells count especially RBC, Lymphocytes, eosinophil and neutrophils. In addition there is sex-related in terms of cell counts. The findings of this study create a baseline of the haematological parameters in the southern giant pouched rats which could be useful to researchers and veterinary clinicians. However the authors call for further studies to determine blood indices in this important species of rodents.

The present study has presented finding on haematological parameters of housed and wild southern giant rats. The result present that the wild and housed rats differ in the cells count especially RBC, Lymphocytes, eosinophil and neutrophils. In addition there is sex-related in terms of cell counts. The findings of this study create a baseline of the haematological parameters in the southern giant pouched rats which could be useful to researchers and veterinary clinicians. However the authors call for further studies to determine blood indices in this important species of rodents.

The authors do declare that there is no conflict of interest pertaining to this manuscript.

There is no funding agency of this work