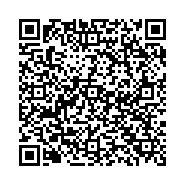 Since the beginning of human history the process of childbirth has been acknowledged as a life event involving bio-physiological as well as socio-cultured and psychological aspects. All cultures throughout history have had strategies to assist and accompany women during labor and birth, being the image of a midwife present in current and past societies. In Argentina, as in many countries of Latin America, the official discourses assign on midwifery a key role in primary health care. However, the absence of midwifes in the first level of health care leaves pregnancy, labor and postpartum controls under other professionals or under a hospital level care. In this paper we mention some successful experiences that were able to reduce maternal and child risk indicators only through the inclusion of midwives in the primary care health staff. The profile and attitude of midwife’s care during pregnancy, delivery and assistance of pregnant women during gestational period cannot be replaced by other professionals.

Since the beginning of human history the process of childbirth has been acknowledged as a life event involving biophysiological as well as socio-cultural and psychological aspects. All cultures throughout history have had strategies to assist and accompany women during labor and birth, being the image of a midwife present in current and past societies. Throughout the centuries the activities of midwives have been related to women’s and families support in pregnancy, labor and the postpartum process. However, from the twentieth century on, the ways in which human reproduction was controlled and regulated changed significantly; new control policies were developed and spread, making different moments of the female cycle objects of medical concern. In ancient times, midwives’ activity took place in the woman’s home, however, as time passes it became a matter of the public health concern, where physicians consolidated their own role as legitimate professionals to take part in these processes. Considering care during pregnancy, labor and the postpartum period, in Latin America the process of medicalization consolidated and redefined the objects and fields of the professional intervention. State policies introduced the “occidental scientific monopoly” at the expense of other knowledge regarding care during the health and disease processes. This relates to the influence of hygienic precepts in all human activities, including sexuality and reproduction. In this context, the medical science consolidated as a profession that held the legitimate and hegemonic knowledge, leading doulas and empiric midwives–who were formerly in charge of providing care to pregnant women and women in labor – to become certified professional midwives and conceptualizing labor as the object of medical intervention [1]. At the “International conference on primary health care in [1], the concept of Primary Health Care arose as a suitable strategy to improve health quality for people, and from that moment on and together with the “Fortaleza Declaration: recommendations of the WHO on childbirth.

In 1985 the role of midwives went beyond the delivery room and the assistance to medical professionals during pregnancy, labor and the postpartum processes. The declaration points out the need to promote the training of professional midwives and that care during normal pregnancy, labor and the postpartum period [2] should be the duty of these professionals, who will play a relevant role in attaining reduction of the maternal and infant morbidity and mortality rates. Also, the importance in the training of midwives to promote health care and early prevention of pathologies became a relevant matter in international organisms such as the International Confederation of Midwives WHO UNICEF [3] and Midwives started to be defined as “the most suitable health professionals to provide care to women in the fertile age” and as agents of fundamental changes in the health system to ensure high quality maternal and antenatal health care . At the beginning of the XXI century , member states of the United Nations committed themselves to attaining the goals included in the 8 Millennium Development Goals (MDG), [4] determining a number of indicators that should be attained before the end of 2015. Four out of the eight goals involve the midwives: (MDG3) promote gender equality and empower women, (MDG 4) reduce child mortality, (MDG 5) improve maternal health and (MDG 6), combat HIV/AIDS, paludism and other diseases [5]. It is in this sense that both the United Nations Fund for Population Activity (UNFPA) and the ICM recognize the major importance of midwives in the health programs, policies and budgets:” "The UNFPA and ICM point out that well-trained midwives help avert 90% of maternal deaths during pregnancy, labor and postpartum period. Midwives play a critical role in offering family planning counseling, and preventing mother-to-child transmission of HIV [6]. In Argentina, activities of midwifes are regulated under competencies granted by higher education and provincial and national legislation, being these professionals trained to provide care to women during low risk pregnancy, labor and postpartum period .To date, National Maternal and Child care Department highlights the remarkable role of midwives [7] in the First Level of Attention which covers woman support, inclusion of the woman’s family in the care process and provision of information. Midwifes are considered as allied professionals for provision of the best health care in low risk pregnancy, early detection of pregnancy, antenatal care,– considering adequate derivations- and provision of puerperal care and lactation counseling. However [8], despite declarations, hospitals continue to be the most common workplace for midwives, and the delivery room of these institutions, the work setting to carry out their activity. Definitive incorporation of midwives to First Level of Attention is still to come, and it is not consolidated in many countries in South America, such as Argentina [9] . The Maternal and Childhood Program was created in Buenos Aires during 1995 with the initial purpose of reducing the maternal and infant morbidity and mortality rates .It includes midwives in the Primary Health Care in a theoretical form. One hundred and fifty midwives were incorporated to the Health Centers to deal with preventive and promotion aspects regarding health care during pregnancy, labor and the postpartum period. [10] Incorporation of midwives was based on an approach that goes beyond the biological determinants and that includes the psychological, socioeconomic and environmental aspects of the health-disease process. However, these professionals continued to work in hospitals overtime. In 2007 an official survey conducted by our research group determined that the participation of midwives in the total number of the staff officially assigned to the 1867 Primary Health Care Centers in the province of Buenos Aire [11] was only 5%. Also, the number of midwives in First Level of Attention centers is 0.21 per 1000 inhabitants In a work experience (Programa MABES conducted during 2009 in La Plata the capital city Buenos Aires State a number of midwives were incorporated to all APS groups. They were assigned a nominal responsibility in the follow up of pregnant women. After 12 months, the results of the program showed a reduction in the number of preterm labors and in pregnancy complications, higher weight birth and reduction in maternal and neonatal mortality. Therefore, [12-14] we can highlight that over the last few decades provincial, national and international organisms have claimed, in a theoretical form, the importance of midwives in the First Level of Attention and their relevant role in the APS strategy. They have suggested that these professionals should go beyond the walls of the delivery room, becoming essential members of the interdisciplinary health staffs to accomplish the guiding principles of health policies regarding mother and child [15]. However, according to the above mentioned, it is clear that at least in Buenos Aires-Argentina, hospitals continue to be the most common setting for midwives.

It is necessary to consolidate the presence of midwives in the First level of Attention Centers. To this end, the first step will be to make these professionals be more conscious of their relevant role and raise the competencies of pregnancy care to the same level of conducting births. Finally, as mentioned above, for several decades now hard indicators regarding maternal health continue to be dreadful. Therefore, health policies managers should analyze work experiences such as those mentioned in the present paper, which indicate that the incorporation of midwives to the health staff would significantly contribute to the improvement of several mother and child health indicators, including reduction of maternal mortality. These aspects should lead health authorities in several countries of Latin America that share Argentine’s reality to guarantee midwives inclusion in all Primary Health Care staffs.