The significance of identifying no BRCA loss of heterozygosity (LOH) through breast cancer next generation sequencing (NGS): A case report 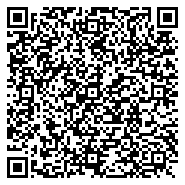 Patients are increasingly being tested for cancer-predisposing deleterious germline mutations. Identifying a BRCA germline mutation is the molecular basis for patients with the breast-ovarian cancer syndrome, the most common hereditary syndrome predisposing to breast and ovarian cancer. Like nearly all hereditary syndromes, loss of heterozygosity (LOH) is the mechanism of tumorigenesis in nearly all patients harboring a BRCA germline mutation. Roughly 7-15% of patients screened for germline BRCA mutations are instead identified as carriers of a BRCA Variant of Uncertain Significance (VUS) (1, 2). Reclassifying a VUS as either being deleterious or a benign polymorphism can take years and is typically based primarily on co-segregation studies of families whose members are identified as carrying the VUS (1,2, 3). Here, we describe a patient with an extremely strong family history suggestive of a breast cancer syndome. Her sister carried a germline BRCA VUS (R245S). Next Generation Sequencing (NGS) of our patient’s breast cancer demonstrated a low Mutation Allelic Frequency (MAF) for the same germline BRCA2 VUS, verifying no LOH for the BRCA VUS. This case underscores a particular challenge associated with germline testing of patients and NGS of tumors, both of which are becoming increasingly common. In a patient with a particular BRCA VUS and a tumor that shows a low MAF for that BRCA VUS it is reasonable to conclude that the BRCA VUS is unlikely cancer-predisposing, long before reclassification occurs. However, this case illustrates why the personal and family history should remain the gold standard in considering screening and prophylactic treatment options, even if multi-gene panel testing identifies no previously described deleterious germline mutation.

Roughly 7-15% of patients screened for germ line BRCA mutations are instead identified as carriers of a BRCA Variant of Uncertain Significance (VUS) [1,2]. Reclassifying a VUS as either being deleterious or a benign polymorphism can take years and is typically based primarily on co-segregation studies of families whose members are identified as carrying the VUS [1-3].

The lack of expression of normal tumor suppressor gene products is the mechanism of tumorigenesis for nearly all inherited cancer syndromes, including BRCA related breast-ovarian cancer syndrome, the most common inherited breast cancer hereditary syndrome. Screening patients for BRCA germ line mutations results in identifying a BRCA VUS in roughly 7-15% of patients, a rate that appears higher in the Hispanic (22%) and African American (46%) populations [3].

Patients identified as harboring germ line VUSs are advised that most VUSs are later classified as benign and guidelines therefore suggest screening and prophylactic surgery considerations be based on personal and family history without regard to the VUS [4]. Reclassification of VUSs can occur long after identification and patients with VUSs often elect for aggressive screening and treatment based on the recommendations for known BRCA deleterious mutations in spite of the uncertainty related to a VUS which is awaiting reclassification. For example, Murray et al noted reclassification can occur months or years after disclosure of a particular VUS and reported a series of patients with BRCA VUSs who made variable decisions regarding surgery well before reclassification occurred [3].

Loss of normal BRCA protein expression due to LOH is the mechanism of transformation in roughly 93% of cases of BRCArelated breast cancers [5]. Our patient’s sister had bilateral breast cancers and harbored a germ line BRCA2 VUS. MM tumor demonstrated low MAF for the same BRCA2 VUS, suggesting no LOH. The geneticist felt it unnecessary to do germ line BRCA testing in MM, given the NGS result. Together, these results suggest that in MM and her sister, the BRCA2 VUS was not cancer predisposing, and rather the cancer is more likely due to a different inherited germ line deleterious mutation carried by both sisters (e.g. PALB2), sporadic cancer in one sister and a deleterious non-BRCA germ line mutation in the other sister, or loss of expression of normal BRCA2 from both alleles as the gatekeeper event. Muti-gene panel germ line testing of either sister that identifies a non-BRCA deleterious mutation would further support for one of the first two possibilities. Similarly, a previous described cancerpredisposing gene alteration with a high MAF in the tested tumor would suggest a possible non-BRCA germ line mutation.

The germ line BRCA VUS might still have predisposed the patient and her sister to tumorigenesis. Inactivation of the second allele might occur through somatic genomic alteration or transcriptional silencing, loss of BRCA function due to haplo-insufficiency (resulting from DNA damage) or failure of post-translational modification although this is uncommon [6] and seems particularly unlikely given the 2014 reclassification of MM and her sister’s BRCA2 VUS as “favor polymorphism.”

This case illustrates why genetic counseling of patients based on their personal and family history should remain the gold standard in considering screening and therapy guidelines. The molecular information derived from testing the tumor in this case, together with her sister’s germ line testing suggest that the BRCA2 VUS was not likely cancer predisposing. Since LOH is the footprint of the mechanism of tumorigenesis for patients inheriting a deleterious BRCA mutation, a patient whose tumor shows no BRCA VUS LOH might more reasonably elect less aggressive screening and prophylactic treatment than in one whose particular BRCA VUS is found to show a high MAF (LOH). A high tumor BRCA VUS MAF would be evidence of the BRCA VUS being predisposing in that patient. However, the penetrance of VUSs reclassified as deleterious based primarily on co-segregation or (as proposed in this case) based on molecular analysis of the tumor or even BRCA protein analysis cannot be assumed to be the same as the risk for breast cancer development associated with patients who undergo testing based on a high pre-test probability for harboring a BRCA mutation who are found to carry a germ line deleterious mutation. Reclassifying a VUS as a benign polymorphism versus a deleterious mutation molecularly in a particular patient in a particular family might allow for a more individualized or personalized estimate of penetrance, as the affected and unaffected family members could harbor linked polymorphisms that increase or decrease the possibility of the transforming event, LOH.

However, of greater importance, is that this case clearly illustrates why genetic counseling guidelines appropriately continue to rely predominantly on personal and family histories as the basis for screening and prophylactic therapy considerations such as surgery [1,4]. While the obtained results in this patient suggest that MM and her sister’s BRCA VUS was not likely deleterious, her personal and family history suggest that a different (non-BRCA) deleterious germ line mutation or an environmental factor should be considered as likely cancer-predisposing factors.