TP-Mine: An Approach to Determine the Transitional Patterns and their Significant Milestones 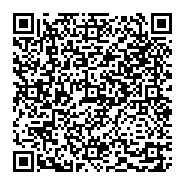 The mining of frequent item sets is to find all the item sets from a transaction database that satisfy a user-specified support threshold. It is one of the fundamental and essential operations in many data mining tasks, such as association rule mining, sequential pattern mining, structured pattern mining, correlation mining and association classification [5]. Since it was first introduced by Agrawal et al in 1993, the problem of frequent item set mining has been studied extensively [6]. As a result, a large number of algorithms have been developed in order to efficiently solve the problem, including the most well-known Apriori, FP-growth and Eclat algorithms. The number of frequent patterns generated from a data set are often excessively large, and most of them or useless or simply redundant. Thus, there has been interest in discovering new types of patterns including maximal frequent item sets, closed frequent item sets, indirect associations and emerging patterns. Mining for maximal or closed frequent item sets greatly reduces the number of generated patterns by generating only the largest frequent item sets with no frequent superset or no superset of higher frequency. A common characteristic of the above learning methods is that they treat the transactions in a database equally and do not consider the time points at which those transactions occurred. Therefore, the existing algorithms can reveal the static behavior of the frequent patterns. The frequency of the patterns which changes over the time period is called dynamic behavior of the patterns. To capture the dynamic behavior of the patterns, new type of patterns were introduced, called Transitional Patterns [7,8].

In data mining applications, to extract the interesting patterns from databases, mining frequent patterns is one of the fundamental operations. Let I= {i1, i2 … in} be a set of items. Let D be a set of database transactions where each transaction T is a set of items and ||D|| be the number of transactions in D. Given X= {ij … ik} ⊆ I (j ≤k and 1 ≤ j, k ≤ n) is called a pattern. The support of a pattern X in D is the number of transactions in D that contains X. Pattern X will be called frequent if its support is no less than a user specified minimum support threshold [7].

Definition 1(Cover): The cover of an item set X in D, denoted by cov(X,D), is the number of transactions in which the item X appears.

Definition 2(Support): An item set X in a transaction database D has a support, denoted by sup(X, D), which is the ratio between cov(X, D) to the number of transactions in D i.e.,||D||.

Definition 5 (ith milestone): The ith milestone of a pattern X in D, denoted by ξi(X), is defined as

Definition 6: The support of the pattern X before its ith milestone in D, denoted by supi_(X) is defined as

Definition 7: The support of the pattern X after its ith milestone in D, denoted by supi_(X ) is defined as

Definition 9 (Transitional Pattern): A pattern X is a transitional pattern (TP) in D if there exists at least one milestone of X, ξk(X) ∈Tξ, such that:

Definition 10 (Significant Frequency-Ascending Milestone) :The significant frequency-ascending milestone of a positive transitional pattern X with respect to a time period Tξ is defined as a tuple, (ξM(X),tranM(X)), where ξM(X)∈Tξis the Mth milestone of X such that

This part of the paper presented the design aspects of system and an algorithm, called TP-mine, for mining the set of positive and negative transitional patterns and their significant milestones with respect to a pattern support threshold and a transitional pattern threshold. The algorithm is given as data flow diagram, which is a graphic tool. It is used to describe and analyze the movement of data through a system-manual or automated. They focus on the data flowing in to the system, between process and in and out of data stores. This is a central tool and the basis from which other components are developed1, 6. Figure 1 explains the context level diagram, Figure 2 showed collaboration diagram and the Figure 3 explains the total activity chart.

TP-mine. (Mine the set of Transitional Patterns and their significant milestones)

Output: The set of transitional patterns (SPTP and SNTP) with their significant milestones [1]. There are two major phases in this algorithm. During the first phase (Step 1), all frequent item sets along with their supports are initially derived using a standard frequent pattern generation algorithm, such as Apriorior FP-growth, with ts as the minimum support threshold. In the second phase (starting from Step 2 to theend), the algorithm finds all the transitional patterns and their significant milestones based on the set of frequent item sets. As mentioned before, a pattern that is frequent before and after one of its milestones in D with respect to support threshold ts must be frequent on D with respect to the same threshold. Thus, it is safe for us to first mine the frequent item sets on the entire database using the threshold ts, and then find the transitional patterns based on the set of frequent item sets.

To demonstrate the efficiency of the TP-Mine algorithm we have done experiments on synthetic data obtained shown in Table 1. The results were shown in Table 2 and explained through Figures 4, 5 and 6. Our experimental results showed that the proposed algorithm is highly efficient and scalable. Table 2: Some of the milestones and transitional patterns Figure 5: Frequent patterns with their supports Figure 6: Transitional patterns and their milestones