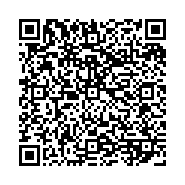 In any mine a ventilation arrangement is poised of a fan or a group of fans and a set of linked mine ducts. According to Atkinson’s law, the mine characteristic curve in a single fan mine at a specified air weight and a given fan speed is a strictly increasing function. However, this single fan style cannot be directly applying to multiple-fan mines since there are more than one pressures and the same for air quantities related with apiece fan in the system [1]. Therefore, each fan in a several-fan mine has it’s a specific mine characteristic curve or a subsystem curve. Many other investigators have studied the effect of fans on each other in multiple-fan mines. Multiple fans result in an abnormality in the nature of the subsystem curve of each fan and thus result in having several operating points in the system rather than a single point.

Where M is the number of meshes in the system, q is the air quantity, p is the pressure consumed in the subsystem and f means a function in q1, …,qM that is estimated from Atkinson’s law of mine ventilation, ri |qi| qi where ri is the resistance factor of a branch i. These M equations are represented in M+1 unknown (q1, qM and pi). The solution curve Lk for subsystem i is the locus of all points satisfying these equations represented in an imaginary (M+1) dimensional space [6]. This space is multi-dimensional and is problematic or unbearable to picture if the meshes number (M) in the system is bigger than two, so in this assumption the subsystem characteristic curve is represented as follows:

•Pk: the intersection of the solution curve Lk on the qk-pk plane, and

The shape of Pk and Ukij is not distinct, and they are not look like the usual well known regular increasing functions as in a single fan system [7].

The system has more than one solution since the number of unknowns is larger than the number of equations. The conventional techniques that applied to solve nonlinear equations cannot be directly applied to this type of equation because it requires a reasonable initial guess for each solution [8]. Even if the initial estimate is near to the solution point, it may converge either to this point or converge to an old solution point. In addition, one does not know how many solution points are there, so a new technique must be created to solve this system of equations and to conclude the subsystem characteristic curve for each fan [9].

One of the effective algorithms for finding multiple solutions to a system of non-linear first-order algebraic differential equations is by switching parameter. The independent variable in this method is undefined and can be changed in every attempt to solve from one variable to another. In this research, a good strategy applied to take the independent parameter at every attempt to solve the equations (1-3) to deduce the solution curve that is the one that changes most quickly. By applying this strategy, it is possible to avoid the interference that may occur as a result of re-solving and passing some parts of the solution curve [10].

Figure 1: Exchanging the independent variable between x and y.

Application of hardy cross to the switching parameters algorithm

As explained before in the multi-fan structure the number of unknown is higher than the number of equation (M) by one. Thus, the only way to solve these types of equations is to assume one of the unknowns (the independent parameter) and solve for the rest of the variables [11]. The independent parameter is undefined, it is fluctuated between the variables at each iterating, and it is not fixed along the entire solution curve. The main purpose of modifying the Hardy Cross method by combining it with the switching parameters algorithm is to enable the optimum selection of the independent variable [12]. In each iteration, the factor that changes most rapidly within its local area, whether increase or decrease will be chosen as the independent variable. It will be treated as a fixed quantity branch and fixed intervals will be algebraically added rendering to the track of the solution path for each iteration stage.

At this step, equations (1-3) are ready to apply the Hardy Cross algorithm until they converge to the appropriate solution. This solution signifies a point in the solution path of a fan subsystem. In order to determine all the solution points and draw the subsystem characteristic curve representing one of the fans installed a mine, these two steps are repeated, choosing the independent factor and treating it as a branch with a fixed quantity, and then applying the Hardy Cross algorithm [13].

Multiple-fan equations have three parameters. They are Resistance Rj, Airflow Rates qj, and Pressure pi (Raj are given for all airways in this work and they will be treated as known parameters) while, qj, and pi are unknowns. As mentioned before the number of unknown exceeds the number of equation by 1. This is because there are M unknown qj in each subsystem K adding to them the unknown pk [14].

The main purpose of applying the normal Hardy Cross method to a branch with a fixed-quantity is to determine the value of the change in the amount of pressure resulting from the installation of a regulator, whether it is an increase in the pressure head by installing a regulator or a decrease in it by an auxiliary fan.

The equilibrium between the pressure brought after a fan, it, and the pressure spent by a subsystem, pi is representing a point on the solution curve Lk.

Where Xi is the regulator pressure that is hypothetical to be built in branch i, k is the mesh holding the fixedquantity branch, nb is the number of the branches, Hj is the pressure consumed in a branch j and bkj is an element of the fundamental matrix.

By applying Hardy cross procedure, the improvement rate at every iteration stage is equivalent to Δ(q) i:

Any change in pressure

in any closed loop will be distributed to all branches except for the branch with a fixed quantity. This correction will be repeated on all closed loops within the network until a satisfactory solution to the network is obtained.

The stages of applying Hardy Cross with the switching parameter algorithm for any network are:

Stage (1): Set standards for the stage size (hq), the primary estimate or the values of air quantity at each airway (Δq), the end limit of iterations (it-no), steps limit (N), lenience rate (max-Δ), and the air quantity inside each branch (q_in).

• At the primary point in the answer curve, assign the fixed-quantity branch (j) and put qj=hq.

Stage (9): Repeat next estimation for j=1, 2... M: If the fixed-quantity branch (guide) is the identical as branch (k), regulate the pressure delivered from fan (k) to supply p (k) and the apply the next stages;

Where i ≠ k and α,β,γ and δ are the fan coefficients given from the characteristic fan equation.

If the fixed-branch (guide) deceits in the same major-cut set with the subsystem fan branch (k) evaluate;

where p(k) is the pressure consumed in subsystem (k) pressure (Pa).

Where i ≠ k ≠ guide.

Where i ≠ k ≠ guide

Where guide ≠ i ≠ k

Stage (10): If iterations exceed the limit, go back to stage (5) taking the variable that precedes the second maximum change and treat it as a new a new guide.

Stage (13): The mathematical model algorithm will be stop when guide=number of step (k).

Illustrative example to confirm the accuracy of the suggested model

The scheme shown in Figure 2 consists of 10 branches, 6 nodes, and 4 axial flow fans (Table 2). By selecting a tree composed of branches 1, 2, 3, 4, and 5 (as drawn as a bold double line), and then the fundamental mesh matrix concerning the tree can be expressed as: Figure 2: The network and the resistance for the illustrative case. There are four fans, therefore, four subsystems. As an example, the system of equations, according to Kirshhoff’s laws and Atkinson’s Equation, associated with the solution curve L is: Figure 7: Subsystem characteristic curves U112 and U312.

Figure 8: Subsystem characteristic curves U113 and U313. Figure 9: Subsystem characteristic curves U223 and U323. Figure 10: Subsystem characteristic curves U212 and U312. Figure 11: Subsystem characteristic curves U134 and U434. Figure 13: Subsystem characteristic curves U123 and U423. Figure 14: Subsystem characteristic curves U334 and U434.

The application of the Hardy-Cross procedure implemented by switching-parameters technique makes it possible to effectively and efficiently trace an individual subsystem solution curve and identify all the operating points in a complex network by making one primary estimate for the solution.