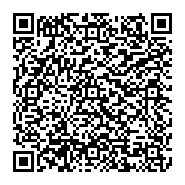 Aims: To determine frequency, visibility and gender variation of pterygomaxillary fissure, incisive foramen, mental foramen, mandibular canal, anterior loop of mental nerveand elongated styloid process in different age groups. Materials and methods: The study was conducted in 200 ortopantomographs (OPG) which was taken using digital Sirona machine. The maxillary and mandibular anatomical land marks were analysed and scores were recorded. Results: A total of 200 OPGs were analysed. Pterygomaxillary fissure was visible in 58%. Incisive foramen showed good visibility in 25%. Mental foramen showed good visibility in 77%, mandibular canal was visible in 74% on OPG. Anterior looping was perceptible in 20% of cases. Elongated styloid process was visible in 25% of cases. Gender does not exert effect on the appearance of the anatomical structures and the study also revealed significant statistical difference between visibilities of anterior looping, which was better in males as compared to females. Conclusion: Orthopantomographs provided sufficient information of mental foramen and mandibular canal and are reliable to visualise pterygomaxillary fissure. But for better visualization, detection of structures like incisive foramen anterior looping and elongated styloid process for performing surgery, for implant placement in this region it may require to be replaced with three-dimensional imaging like cone-beam computed tomography.

Panoramic imaging is also called pan tomography. It is a technique for producing a single image of facial structures that includes both maxillary and mandibular dental arches and their supporting structures [1]. certain peculiarities of the panoramic system result in unique projection of many anatomic structures in the image [2]. This produces numerous anatomic relationships in the image that are not found in any other kind of radiographic projection. The word panoramic radiography which means an unimpeded view of an area in every required direction [3]. Placement of mandibular endosseous implants can be problematic especially in the area of neurovascular bundles. The complications, such as altered sensation, numbness and pain, often occurred if these vital structures, such as inferior alveolar nerve (IAN) and mental foramen (Figure 1), incisive foramen (Figure 1) if they are not properly identified. Hence, it is critical to determine the location and configuration of the mandibular canal (MC) and related anatomical structures so these types of damages can be minimized [4]. The mental canal (Figure 2) which rises from the mandibular canal and runs outward, upward and backward to open at the mental foramen has an anatomical variation called anterior loop (Figure 3). Prevalence of the anterior loop is quite variable in literature, occurring in between the range of 28% and 71% [5]. 1. To assess the visibility of maxillary and mandibular anatomical structures on digital radiographs.

2. To determine how frequently these structures are seen on digital orthopantomograms (OPG).

This study consisted of 200 randomized digital OPG which was stored as soft copies in the extra oral radiographic machine in the Department of Oral Medicine and Maxillofacial Radiology Farooqia dental college, Mysore. The radiographs were selected based on the following criteria.

• Images of good quality with respect to contrast.

• Devoid of any jaw lesions and traumatic injuries in the mandible.

• Presence of jaw fracture in maxilla or mandible.

• Presence of any pathology in maxilla or mandible.

A four-point grading scale was used to note the visibility of these landmarks.

• No visibility (not seen) Graph 2: Percent Visibility and no visibility in males and females.

Panoramic radiography has become a commonly used imaging modality in dental practice and can be a valuable diagnostic tool in the dentist’s armamentarium. However, the panoramic image is a complex projection of the jaws with multiple superimpositions and distortions which may be exacerbated by technical errors in image acquisition. Furthermore, the panoramic radiograph depicts numerous anatomic structures outside of the jaws which may create additional interpretation challenges. Successful interpretation of panoramic radiographs begins with an understanding of the normal anatomy of the head and neck [6].

The mental foramen is more commonly located at the summit of the second mandibular bicuspid or in between the tips of the bicuspids. Race-related variation is also noted. For instance, it is frequently found at the tip of bicuspids like the second premolar in Chinese subjects. Whereas in Caucasian subjects, it is found between the premolars and by the canine anteriorly or by the first mandibular molar posteriorly [7]. The mental foramen and incisive foramen is a significant landmark during osteotomy procedures. The inferior dental nerve may be seen on medial aspect of the mental foramen and passes far away from it as an anterior loop within the bone that should be considered to prevent injury to mental nerve before performing implant surgery [8]. In the present study visibility of mental foramen accounts for about 77% visibility which is similar to that of study conducted by Tejavathi Nagaraj et al. in which total visibility was 99% [8]. Visibility of incisive foramen was 25%.

One of the most common complications that may occur following the extraction of mandibular third molars is injury to the inferior alveolar nerve canal (IANC). However, the OPG has been recommended as the primary radiographic investigation of choice in the pre-operative assessment of the mandibular third molar teeth and their surrounding structures [9]. OPGs were checked for the appearance of anatomical structures in the mandibular region for implant planning also.

Multiple studies have measured the length of the anterior loop of the inferior alveolar nerve, using anatomical, radiographically and combined methods. These studies show that the panoramic radiographs do not accurately identify the incidence or the extent of the anterior loop. Wei Cheong Ngeow et al. reported that the anterior loop was present in 40.2% [10] for all subjects, whereas Arzourman et al. [11] and Kuzmanovic et al. [12] reported a lower incidence at 12% and 27% respectively. In the present study it showed good visibility in 20% of cases which is similar to previous studies.

Orthopantomographs provided sufficient information of mental foramen and mandibular canal and reliable to visualise pterygomaxillary fissure. But for better visualization, detection of structures like incisive foramen, anterior looping and styloid process for performing surgery, for implant placement in this region or for detecting elongated styloid process in symptomatic patients it may require to be replaced with three-dimensional imaging like cone-beam computed tomography.