A Flux Formula For Weighted Manifolds 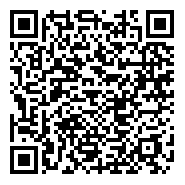 In this article, we derive a flux formula in a weighted manifold, using the weighted Newton transformations and introducing the notion of weighted higher order mean curvature, this formula generalizes. Reilly’s original formula and the flux formula obtained by Alias, Lopez and Malcarne [1]. In particular, we obtain a similar balancing formula obtained by Rosenberg. Finally, we give some special cases of our formula.

Most of the useful integral formulas in Riemannian geometry are obtain by computing the divergence of certain vector fields and then apply the divergence theorem. In the authors gave a flux formula. In particular, they derive a similar balancing formula given by Rosenberg [2]. As an application to this flux formula they gave an estimation of the higher order mean curvature Hr of a hypersurface in space forms by the geometry of its boundary [1]. Motivated by the work of these authors, we give in this work a flux formula in the case of weighted manifolds. Recall that a weighted manifold (called also a manifold with density) is a Riemannian manifold M endowed with a smooth positive density e-f with respect to the Riemannian measure. We proof the following proposition.

an oriented connexion sub-manifold of

a compact hyper-surface of Pn .

a compact oriented hyper-surface of boundary

Denoting by N the global vector fields normal to Mn, and ν the outpointing vector normal to

Then for 1 ≤ k ≤ n and for every conformal vector field

As a consequence of this proposition, we obtain some special cases. In particular, we obtain a balancing formula for

minimal hyper-surface in space forms. The paper is organized as follows. Section 2 provides some preliminaries. The main results of the paper are contained in Section 3. Throughout the paper everything (manifolds, metrics, etc.) is assumed to be C∞ -differentiable and oriented [3-5].

In this section we introduce the basic notations used in the paper. we will recall some definitions and properties of the weighted symmetric functions and the weighted Newton transformations. For more details see [3],[7].

be an isometrically immersed hypersurface. Denoting by

the Levi civita connections of

respectively. Then, the Weingarten formulae of the hypersurface is written as

Where Τ is the shape operator of the hypersurface M with respect to the Guass map N, and Τ denotes the orthogonal projection on the vector bundle tangent to M,

It is well know that A is a linear self adjoint operator. At each point p∈M, its eigenvalues μ1,..., μn are the principales curvatures of M [6,7].

Associate to the shape operator A , define the weighted elementary symmetric fucntions

is nothing but the classical elementary symmetric functions define in [8].

are define inductively form A by

denote the identity of

We denote to simplify

is the classical Newton transformations introduced in [8]

These two quantities has the same proprietes of the classical symmetric functions and Newton transformations [3].

Definition 1: The weighted rth mean curvature Hr,f is given by:

Where ν is the outpointing vectors field normal to M in

In particular for r =1, we have

Is the weighted mean curvature of the hypersurface M

Definition 2: We say that an hypersurface M of

In particular; M is f −minimal, if Hf= 0 . Or equivalentely

Definition 3: The weighted divergence of the weighted Newton transformations is define by:

And {e1,…,en} is an orthonormale basis of the tangent space of M.

In particular, if f vanish identiqualy and μ=0, then we obtain the classical difinition of the divergence of the Newton tranformations.

I found here some isoperimetrics inequalities. Now I am trying to find a variational formula for the wighted higher order mean curvature [9].

In conclusion, my steps are:

(The fact that we calculate this quantity is to use it in the two last steps by using the divergence theorem for the weighte Newton transformation).

Forn the two first points, I found the way.

If you have an idea about how we study the two last points, because if we can find such

realtion, this result gives a geometric interpretation of our quantity ( H r,f ).