Analysis of Effects of Pollutants on Microbial Diversity of Vaigai River 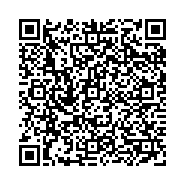 The importance of microbial diversity in Vaigai river ecosystems is well established but the microbial diversity has been less frequently addressed. Vaigai river origins from Varusa Nadu hills and end in Ramanathapuram, across Madurai cite. Some people highly pollute anthropogenic activity In the recent days, River water and sediment samples were collected, microorganisms from these samples were isolated the common observation of connections between ecosystem process microbial diversity suggests that microbial taxonomic turnover could mediate ecosystem-scale to changing environmental conditions, including both microbial habitat distribution and physicochemical factors Microbes may be particularly sensitive to changes in their environment due to their small size and rapid growth rates. This work studies on vaigai River microbial diversity shows that factors known to drive ecosystem processes, such as hydrology, metal contamination, nutrient availability, temperature, also cause heterogeneity in bacterial diversity. Water associated beneficial bacterial were involve in bioremediation Bacteria present in water bodies don’t show harmful effects it involves in bioremediation and some are highly pathogenic.

Microbial communities in freshwater streams are a varied efficient grouping of bacteria that include prokaryotes, microeukaryotic phototrophs and heterotrophs that control key processes in stream nutrient cycles. Microbes play an important role in human and environmental health. The more microbial populations are explored, the more convolution and diversity is discovered. In the direction of evaluate bacterial community dynamics in aquatic environments, most studies of global bacterial diversity have listening carefully on planktonic communities. Microorganisms contain around 60% of the Earth’s biomass and are extremely various in their morphology, Biochemistry in addition to functional aspects [1]. Most of the freshwater systems in India comprise of rich biodiversity spots which needs to be explored, exploited and conserved [2]. In the recent past, mounting human population, industrialization, concentrated agricultural practices and discharges of considerable amount of wastewater into the river have result in deterioration of water quality. The impact of these anthropogenic activities has been so extensive that the water bodies have lost their self-purification capacity to a large extent [3]. The examination of microbiological quality of river water according to technical standards is essential for aspects such drinking water manufacture and irrigation or exercise because water is an important source for the diffusion in addition to spread of various water-borne diseases [4]. The investigated bacteriological and physicochemical parameters of various sampling sites in river systems have been studied by a variety of groups) as these parameters mostly manipulate the micro flora of the river systems and also impress severe health hazards. This work was undertaken with the objective to isolate bacteria from aquatic fresh water ecosystem of Vaigai River and its tributaries so as to evaluate the bacteriological pollution of the river water due to human activity [4-6].

Area and sites of study

The water samples were collected from various parts of River Vaigai Madurai Tamil Nadu; India (Figures 1 and 2) The Vaigai River is 258 kilometers (160 mi) long, with a drainage basin 7,031 square kilometers (2,715 sq. mi)large. It falls within the co-ordinates of latitude 7º21’00’’ N and Longitude 79º00’00’’E covering the districts of Theni, dintugal Madurai, and Sivagangai Ramanapuram. The samples pre monsoon and post monsoon during the period were collected in sterile containers and excited to laboratory for further investigation. Physicochemical parameters such as pH, temperature and Electrical Conductivity (EC) of water samples were considered on the site itself using water analysis EuTech Pc Tester 35 Electrode Method for bacteriological studies, a serial dilution of each sample was made and 0.1 ml of each diluted sample was plated onto nutrient agar (Hi Media) plates to determine Multiple Tube Test, standard plate count. The counting colonies compared with WHO drinking water limited value in coliforms.

Enumerated after 48 hrs of incubation depending on the variations in colony morphology or colony characteristics, the isolates were separated and stored on nutrient agar slants at 4°C for further analysis. The bacterial colonies were isolated individually and additional characterized for identification. The isolates were identified using standard morphological, cultural, biochemical and physiological characteristics as per the Bergey’s Manual of Determinative Bacteriology. Figure 5: Biochemical characteristics of the isolated organisms from River water and sediments samples.

Table 2. Biochemical characteristics of the isolated organisms from River water and sediments samples.

The pH range predetermined by World Health Organization (WHO) for drinking and household purposes is 6.5–8.5 [7]. The pH of a few of the on purpose water samples was to some extent acidic or else water from most of the assortment sites showed glowing buffered environment of the river water. The change in pH of the river water may be endorsed to eroded soil, disposed idols as well as municipal and agricultural wastes including fertilizers, pesticides etc. Water temperatures ranged from 12°C to 29°C which are well within the temperature ranges experienced in the Vaigai River region during the period of the year (February-May) as soon as sample collection was done. A characteristic river without pollution has an average conductivity value of about 350 μS/cm and the conductivity of mainstream of the studied water samples was lower than this value thereby signifying pollution [8]. The present study revealed a high TVC at 37°C in most of the water samples except that from Vaigai dam. The samples from River vaigai at Solavanthan showed maximum TVC and this can be attributed to the location of the site (lower-stretch) as well as a number of human activities such as bathing, washing, sewage disposal, agricultural activities etc. River vaigai at arapalayam is a waste discarding site where municipal wastes along with idols are disposed of frequently, so it also showed a high bacterial load, mostly at 28°C. Absence of bacteria in water of Solavanthan can be due to lack of human activities nearby the collection site or it might even be due to the presence of some inhibitory compounds such as fungal antibiotics. Microbiological studies on the river Ganga and Gomti (India) and Densu River (Ghana) also showed elevated microbial lots [9-12]. Untreated water from River vaigai and its tributaries are used by rural population everyday although the high TVC suggests that this should not be practiced. WHO considers water as no risk to human health if the faecal coliforms counts/100 ml is zero but maximum of the water samples indicated presence of coliform including some pathogenic genera such as E. coli, Enterobacter, Staphylococcus etc [13-15]. Isolation of such potential pathogens from river water shows that the situation with respect to water quality is alarming in River Vaigai and its tributaries and use of this water may transmit infectious water borne diseases. Normal freshwater microflora such as Serratia and Sarcina were present in moderate numbers. Statistical analysis using t-Test indicated that the main Vaigai River as well as its tributaries is polluted to the same extent thus indicating an alarming situation that needs to be addressed.

Contamination in River vaigai and its tributaries is mostly due to human activities such as dumping of municipal and agricultural wastes, discharge of sewage and industrial effluents, disposal of idols and crematory activities, bathing and washing etc. Other sources of pollution include defecations and urination by domestic and wild animals, recreational activities like swimming and fishing, recurring floods etc. River vaigai and its tributaries serve as a water source for a bulk of Barak Valley population and even though the urban population receives treated water for domestic use, several villagers residing along the river catchment uses river water directly for their day-today activities and hence more prone to water borne diseases. Also, this river and its tributaries serve as sources of fresh water fishes and polluted water hampers the aquatic ecosystem to a large extent thereby hampering the fish productivity. Release of chemical fertilizers and organic wastes is leading to problems of eutrophication and biomagnifications which needs to be addressed. For sustainable management of the water resource, sanitation programmers and mass education on water conservation as well as water borne diseases should be implemented in the Barak Valley region. Also, farmers should be trained on using eco-friendly agricultural practices so as to avoid the incidence of high nutrient loads in surface waters and to enhance better management of the agrochemicals. Furthermore, water treatment plants should be managed and monitored properly so that clean and safe potable water can be provided to the both the rural and urban Population of Barak valley region.