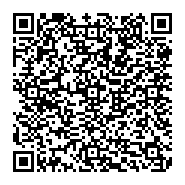 Riverbank filtration carry out with natural conditions and also may be occur by lowering of the ground water stream under the surface water levels either by hydraulic boundaries such as bank of channels, or by groundwater abstraction at pumping wells. In addition, the mixing of the infiltrated river water with groundwater at the pumping outlet well, the retention time of the bank filtrate has been studied and identified as one of the key parameters that determinate the efficiency of riverbank filtration and water quality. Previous studies have reported that the level of organic matter and other contaminants reduced with high pass through time. RBF water results of pH, conductivity, TDS, hardness, color, alkalinity, nitrate, nitrite, phosphate, silica, sulphate, chloride, and turbidity were complying with the Egypt and WHO guidelines.

Riverbank filtration (RBF) production an inexpensive, sustainable and effective techniques for water treatment and also improve the quality of surface water. In RBF process the surface water is passes through the river-bank and the aquifer, the infiltrated water is exposed to some processes such as sorption, physicochemical treatment and biodegradation. The processes of sorption, biodegradation and physicochemical filtration are efficient in removing of suspended solids, viruses, bacteria, parasites, some pollutants, and organic and inorganic compounds that may be present in surface waters, like natural organic matter and ammonium.

The riverbank filtration process is effectively in water treatment and has been recognized in Europe, where many countries were uses the RBF in their drinking water demand (~54% in France and Slovak Republic, ~46% in Finland, ~44% in Hungary, ~27% in Switzerland and ~17% in Germany. Hence, RBF supply a drinking water resource, which needs to be protected and maintained, especially within the context of some challenges like river restoration and climate change.

Therefore, the management of RBF systems in a varying environment needs a good understanding of the biogeochemical and physical processes that occur during RBF system [1].

RBF can proceed with natural conditions and or can be induced by a groundwater aquifer under surface water levels either by hydraulic boundaries like side channels, and or by groundwater pumping. When the groundwater level is exceeds by a few decimeters below the river-bank, the hydraulic connection is lost and river water infiltrates through an unsaturated zone, which is aerated.

RBF systems are typically positioned in alluvial valley aquifers, which predominantly consist of gravels and sands allowing for high abstraction rates. However, flood-plain deposits are complex geologic systems that exhibit heterogeneity on different scales and can include highly conductive “open framework gravels” forming preferential groundwater flow paths, as well as layers of silt and clay.

The elimination of pathogenic microorganisms was found to be affectively and related to the traveling time. A breakthrough of E. Coli at a pumping well site at the Rhine River was determined after a flood occur, because of shortened groundwater travelling times. Therefore, to be ensuring that the water production is high quality and safe, few travelling times are often required by local regulation and law and the protection zones should be identified.

The required groundwater residence time between the river and a pumping well is between 10 and 14 days in Switzerland and between 50 and 60 days in Germany.

Infiltration water river is subject to a geochemical water properties changes that are related to redox reactions, dissolution/precipitation of minerals, ion exchange and gas exchange. Several studies have illustrated that the most significant geochemical changes were associated with the biodegradation of natural organic matter. The degradation process was found to proceed dominantly in the first few meters of infiltration, where the microbial abundance and activity was highest. This interface between the river and alluvial groundwater, the hyporheic zone, has been identified as a distinct environment playing a crucial functional role in the biogeochemical cycling of nutrients and organic matter.

NOM in river systems originates from both allochthonous (terrestrially-derived) sources and generally more biodegradable autochthonous sources (periphyton). NOM is composed of Dissolved Organic Matter (DOM) and Particulate Organic Matter (POM). During infiltration of river water, DOM is transported through the riverbed as a “mobile substrate”, whereas POM is retained in the riverbed sediments as a “stationary substrate”. The retention and storage of POM within the riverbed was found to depend on the grain-size distribution of the riverbed sediments and the hydrologic conditions.

The microbially NOM degradation was mediated and depends on environment temperature. Redox conditions at different RBF systems were shown to undergo seasonal variations with the present of anoxic conditions in hot season. Besides temperature, the redox conditions in the infiltration zone are also affective by the availability of electron donors (NOM, ammonium) and electron acceptors (dissolved oxygen, nitrate). During industrialization in the 1950s and 1960s, the rivers in urban areas carried high loads of organic materials and ammonium. The combination with low oxygen levels in river water, strongly reducing conditions prevailed in the infiltration zones of several RBF systems, that causes the mobilization of Mn and Fe. Since the 1970s, river water quality has improved significantly and oxic conditions in infiltration zones re-established (Figure 1).

The study aimed to evaluate the river bank filtration water quality and try to modeling the organic matter biodegrading during passing through the river bed. The water samples collected from the Al Qurin water treatment plant, Sharkyia governorate during the period of study. The collected samples were submitted to the Reference laboratory, for subsequent analysis (physical, chemical, biological and microbiological analysis).

All material, reagents and standards used in the present study are high quality and American Chemical Society (ACS) vendors which used in analytical laboratories.

Water samples collected from the Al Qurin water treatment plant, Sharkyia governorate during the period of study. The collected water samples were refrigerated at 4°C for subsequence laboratory tests. The collected samples were submitted to the laboratory, for subsequent analysis (physical, chemical, biological and microbiological analysis) according to the reference methods in the Standard Methods for Water and Wastewater Examination. SPSS 21 software was used for data analysis of dissolved organic matter investigation and biodegradation studies through river bank filtration.

The study aimed to simulate the dynamics of dissolved organic matter and abstracted water flow (m3/hr) consumption during riverbank filtration across a building dynamic model as shown in Table (1) and Figure (2). The values of DOC in surface, ground and RBF were measured and recorded and also the measurements of water flow of RBF was recorded and water flow of ground and surface were estimated.

The model implementation is fast and simple and model run times are short compared to spatially explicit numerical reactive transport models. Hence, the modeling approach provides an efficient tool to estimate TOC concentrations in groundwater from those measured in the river under various climatic and hydrologic conditions.

The correlation coefficient between DOC recorded and DOC estimated was very strong (0.94).

The results of pH, conductivity, TDS, hardness, colour, alkalinity, nitrate, nitrite, phosphate, silica, sulphate, chloride, and turbidity were complying with the Egypt and WHO guidelines (WHO, 2011). While the results of iron and manganese of ground water didn`t comply with Egyptian regulation (Fe more than 0.3 mg/l and Mn more than 0.4 mg/l).

The total dissolved salts result of the El saadia canal varied from 192 to 228 mg/l, El mezainin RBF from 259 to 295 mg/l and ground water well 2 from 413 to 444 mg/l during the study period as shown in Table 2. Many studies were conducted and showed that, the TDS was significantly reduced in RBF system than ground water to be under the allowable limits for potable water.

Some previous studied that executed by Brauch and Kuhn, Schubert; and Weiss the studies illustrated that, a many of substances existing in surface water including particles, bacteria, algae, viruses, parasites and micropollutants are largely and in most situations perfectly reduced by RBF.