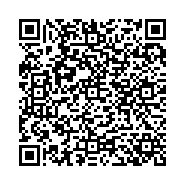 Aim: BRCA diagnostic screening test is generally designed to identify pathogenic variants across the entire gene to positively detect occurrence of Familial Breast and Ovarian Syndrome. Though only 5-10% of the detected breast cancer cases, and 10-15% of the detected ovarian cancer cases have been positively linked with BRCA variations, this gene still becomes the primary source for screening in all cases. The need to categorically analyze the frequency of BRCA1/2 variations in different groups of Asians, have led to many early publications among Indian populations using various technologies which have been reported to bear drawbacks with relevance to reproducibility, false positive reporting, etc. Our report presents a landscape as well as frequency of BRCA1/2 variations detected using the Next-Generation Sequencing (NGS) technology.

Objective: To highlight the significance of BRCA-screening in early detection of familial Breast and Ovarian cancer syndrome using NGS technology.

Methods: A 51-gene NGS-targeted panel was used to screen a cohort of forty-nine affected as well as healthy individuals who had undergone hereditary cancer screening and BRCA screening test. A total of 51 genes including BRCA1 and BRCA2 was sequenced at a 1000X coverage using the Illumina Next Seq technology.

Results: Our findings report the frequency of BRCA1 to be 12.2%, while that of BRCA2 to be 8.2%, and is much higher than other populations as well as earlier published few Indian reports.

Conclusion: The frequency of BRCA1/2 variations detected in our cohort is higher than the frequency in North Indians.

The Breast Cancer Susceptibility Genes 1 and 2 (BRCA1/2), belong to a class of tumor suppressors, variations in which have been widely associated with cancers of the breast, ovary, prostate, etc. Though BRCA mutations have been positively associated to be a common occurrence in certain ethnic groups like the Ashkenazi Jewish women, Dutch, Norwegian, Icelandic populations etc., its presence and its link with malignancy does not limit to the above and the extent of penetrance of the variants in BRCA has ended up making it a mandatory genetic marker to be screened in all positive cases, as well as among individuals who bear family history of such malignancies. Identification of germline variants in BRCA1/2 genes is the primary molecular diagnostic modality to identify hereditary breast and ovarian cancer syndrome (HBOC) [1].

As per statistics cited by the Centers for Disease Control and Prevention, about 50% of women with BRCA mutations will develop breast cancer by 70 years of age, and many among these would develop before the age of 50. In case of ovarian cancer, 30% has been documented to be the susceptibility frequency by the age of 70 years. Breast cancer has also been detected to be on the rise among Asian females with as many as 10% of the cases to be hereditary and about 25% of these have been postulated to be caused by inherited mutations in BRCA1/2 [2]. BRCA1/2 mutations have also been detected to be prevalent among women with family history of breast and ovarian cancers or personal history of breast cancer at young age or triple-negative breast cancer [3,4]. Though BRCA variations have been widely studied among Caucasians, the studies among Asian populations is less in comparison and is increasingly warranted as the latter have been detected to be affected by the malignancy at a younger age in comparison to Caucasians, and thus the contributions by BRCA1/2 variants have been postulated to be different [5].

The need to categorically analyze the frequency of BRCA1/2 variations in different groups of Asians, have led to many early publications among Indian populations which have documented the frequency of BRCA variants to be anywhere between 1–17%. These studies have utilized technologies like CSGE (Conformation Sensitive Gel Electrophoresis), DHPLC (Denaturing High Performance Liquid Chromatography), SSCP (Single-Strand Conformation Polymorphism), etc. [6]. However, these technologies have been proven to bear many drawbacks which include reproducibility, false positive reporting and possible misdiagnosis due to certain mutations being undetected [7,8]. Numerous Indian reports on small numbers of familial breast cancer patients harboring BRCA1/2 mutations have reported the frequency to range between 2.9–28% and also 2.8% of early-onset cases have been found to be positive for the same. The occurrence rates of BRCA2 mutations have also been detected to be less in comparison to BRCA1 mutations in all the Indian reports published till date [9,10].

The burden of breast cancer has been growing steadily which puts pressure on the entire healthcare system of the country to provide modalities for easy and cost-effective screening strategies to identify at-risk individuals at the earliest stage. Next- Generation Sequencing has grown to become one such technology which promises high sensitivity, specificity and reproducibility in whole genome, exome as well as targeted sequencing strategies. Studies have identified women with early-onset breast cancer to exhibit good prognosis when access to multi-disciplinary treatment options are made available and early-detection strategies in developed nations has shown a steady decline in breast cancer mortality.

The BRCA1 gene has been detected to lie in chromosome 17 and encodes for a protein with 1863 amino acids. It has been shown to bear other key functions during embryonic development, for which it interacts with many cell divison regulating proteins apart from being a tumor suppressor. Mutations in this have been linked to cancer of the breast, ovary and prostate. The BRCA2 gene which lies on chromosome 13 encodes for a protein with 3418 amino acids and has been linked with regulating cytokinesis apart from being a tumor suppressor; mutations in which have been associated with cancers of the breast, ovarian, prostate, Fanconi anemia, as well many others. The fact that BRCA mutations have also been associated with prostate cancer, highlights the fact that BRCA screening as a part of a comprehensive onco testing panel is not limited to women alone and presence of BRCA variants among affected does warrant preventive screening even among men from the immediate family.

Pathogenic BRCA variations have been detected to be point mutations, single base changes, deletions, insertions, etc. which result in protein truncation leading to significant dysfunction in BRCA function. Apart from these, large gene rearrangements (LGRs) have also been documented to be pathogenic and few studies have also documented its presence among high-risk breast cancer Asian patients.

Family of tumor suppressors, BRCA1 and 2; the conducive representatives of cellular DNA repair mechanism have emerged as significant clinical targets in the detection and analysis of gynecological cancers. BRCA1 and BRCA2 mutation carriers present a significantly increased lifetime risk of developing breast and ovarian cancers as high as 84% and 39%, respectively. Although mutations in these genes are highly specific targets of gynecological cancers, research unveils its significance in a broader spectrum of cancers at elevated frequencies. The increased risk estimate ranges from 20% to 60% with greatest ascends in cancers of stomach and pancreas. Studies elucidate the functions of BRCA related pathways at multiple sites involving interactions with numerous proteins whose inactivation consequentially hinders essential mechanisms contributing to the risk of several cancers irrespective of their origin [11]. Having said that, BRCA mutations could be indicative of elevated risk of a variety of tumor types in both the sexes also asserting the evidence of increasing male breast cancers. It has been estimated that the lifetime risk of developing male breast cancer is in the range of 1% to 5% for BRCA1 and 5% to 10% for BRCA2 mutation carriers compared with a risk of 0.1% in the general population [12]. Identification of molecules responsible for BRCA related pathway aberrations could lay a better perspective in chemotherapy and prevention in several types of cancers not restricted to breast and ovarian origin [11].

Normal cells with pathogenic variants of BRCA could develop and progress as cancer cells, however cancer cells with deficient BRCA might enhance its possibility of destruction. BRCA1/2 deficiency due to the occurence of point mutations or loss of function variants could be efficiently manoeuvred with chemotherapy. Platinum based anti-neoplastic agents are conventional chemotherapeutic compounds which act by inducing crosslinking of DNA as monoadduct, inter and intrastrand links. During these events, cell recruits repair proteins to acquire homeostasis. Loss of function of these repair proteins (BRCA1/2) have been documented to increase sensitivity to platinum based anti-tumor induction [13].

Interpretation of effect of identified BRCA variants is a key essential in a clinical set up and currently databases like ClinVar, TCGA, dbSNP have been widely utilized for annotation of detected mutations. There are also many computational models which have been devised to ascertain the probability of inheritance of BRCA gene variations among individuals with personal or family history of breast and ovarian cancer. Since, these computational predictive models have been devised using data from Causasian populations, the accuracy of such predictions for other ethnicities has been questioned as several studies have also linked such models to underestimate risk of BRCA1/2 mutations in Asians [16,17]. Many studies have statistically highlighted the most popular models to underestimate the proportion of Asian BRCA1/2 mutation carriers by two-fold and hence such existing prediction models can be considered inappropriate as guidelines for testing of BRCA among Asians [6]. Reporting of inconsistent mutation frequencies and single center analysis study drawback renders difficulties in counselling Asian breast cancer patients.

In our current report, we present a landscape of pathogenic BRCA1 and BRCA2 variants detected in our center from a cohort of forty-nine affected as well as healthy individuals who had enrolled for hereditary cancer panel screening and BRCA screening.

The study group included six males and 43 females. The technology of targeted Next-Generation Sequencing was utilized for analysis of BRCA1/2 genes apart from many others with a median coverage depth of over 1000X using genomic DNA extracted from whole blood. We used a pre-designed 51-gene panel to analyze all the relevant genes for Hereditary cancer and Lynch syndrome in our cohort.

Tables 1 and 2 highlights the entire spectrum of Pathogenic/Likely Pathogenic variants as well as VUS detected in BRCA1/2 in our cohort. Table 3 highlights the frequency of BRCA variations reported in other populations world over in comparison to our finding. In comparison to the earlier published Indian study concentrating on the Northen part of the country, our study identified the cumulative frequency of BRCA1/2 variation to be 20.4%; higher in comparison to the earlier report of 2.9% [18-21]. Table 1 presents a landscape of BRCA1 and BRCA2 variants predicting the diagnosis of familial breast and ovarian cancer syndrome (HBOC).

Table 3. Frequency of BRCA in populations world over.

Our study, highlights BRCA1 pathogenic variants to be more common on occurrence among Asian Indians in comparison to BRCA2 which is in accordance to many other previously published Indian reports. Availability of a comprehensive and costeffective cancer screening panel is a necessity to promote early and effective diagnosis for HBOC and ethnicity specific BRCA variant spectrum analysis and frequency is a necessity to facilitate development of a robust risk prediction calculator for Indians. In India, the overall relative 5-year survival rate has been detected to be just 60.14%, lower than developed nations which have reported the same to be over 80% [22]. BRCA-Screening has been proven to be a powerful molecular tool to decrease mortality rates in developed countries and designing of such affordable tools specific to our population will ensure we are empowered to move in the same direction of success.