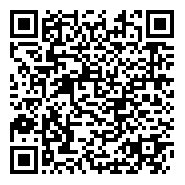 Geographic isolation speciation is one of the most common forms of speciation. Physical features such as oceans, mountains, ice sheets, and river valleys serve as barriers to the movement of individuals between populations of the same species. Over time, these separated populations diverge due to drift and selection, with each population eventually forming a distinct species. This process occurs on long geological time scales. On the same time scales, we see climatic and geological events that remove barriers and allow people to disperse over long distances and into previously inaccessible areas. During these events, some species expand their ranges in order to interact with new communities and explore new habitats. For example, during the Miocene, when the Panama Canal emerged from the sea to connect North and South America, North American mammals tended to migrate south, while South American rainforest birds and plants tended to migrate north (i.e., the Great American Interchange). Such relatively rapid expansion of species groups is unusual enough to merit special recognition, and palaeontologists and ecologists have long been curious about why some species expand their ranges successfully in these events (while others do not), and have given these species a plethora of names as a result. Humans have aided many other species for as long as they have had the ability to disperse across continents geographic boundaries are crossed by species.

Domesticated animals and plants have followed human settlers as they ventured into new territory. Representatives of non-domesticated species have almost certainly hitched a ride in clothes, on boats or waggons, and within or on domesticated animals. Species moving with humans, like the groups of mammals, birds, and plants that expanded their geographical ranges during the Great American Interchange, encountered previously inaccessible locations, and some of them successfully colonised these novel environments. These successful colonisers, on the other hand, accomplished this new distribution with the assistance of humans. Ecologists distinguish between natural and human-mediated rapid range expansion in the same way that they distinguish between natural and human-mediated species extinction. This book focuses solely on species that escaped their native ranges and moved to a new location as a result of human intervention. The scientific community is divided on whether range expansions aided by humans are substantively different from range expansions caused by shifts in the earth's pale climate. Suffice it to say that, when compared to natural range expansion, humans have greatly increased the rate at which species colonise new areas, and they have significantly altered the geographic patterns of invasion. This is not to say that there isn't much to be learned from studying invasion patterns in the fossil record. Ignoring history's lessons is never a good idea. One of the reasons for the debate over natural and humanaided colonisation and range expansion is to determine whether invasion, like extinction, requires special consideration or is a natural process. The answer, as with extinction, is that natural and human-aided processes share many characteristics. While studying the natural process can help us understand it better, there is no doubt that the human-aided process deserves and necessitates more attention. There is ample evidence that non-native species can wreak havoc on the environment and the economy. Invasive species often eat, compete with, and hybridise with native species, to the detriment of the natives. Invasive species can lead to the extinction of native species as well as the loss of ecosystem services such as water filtration, soil stabilisation, and "pest" control. More specifically, the majority of agricultural pests are non-natives and many new human diseases are "emerging," which means they are non-native with us as novel hosts. Invasive species clog waterways, obstruct navigation, demolish homes, and decimate livestock and fisheries. Whether we believe modern invasions are historically unique or not, they demand our attention. This practical concern, as well as the more esoteric interest in invasion as an ecological fact of life, motivated the author to write this book. This approach is based on the seminal work of Charles Elton, who was among the first to consider biological invaders as key drivers of ecosystem change, particularly harmful change. Baker and Stebbins' edited volume on invasions, the next seminal work on the subject, took a more neutral stance. We (the authors) believe that biological invaders can serve as useful "probes" into nature's inner workings. We frequently know the origins of non-native species, can document their arrival, and can collect direct data on their activities in their new community. This knowledge enables non-native species research to become a potent tool in our ecological and evolutionary arsenal. Invasion ecology has swung back and forth over the years between an Eltonian perspective on invaders as problems and a less judgmental, more basic science-oriented perspective. Surprisingly, the field's rise has paralleled the rise in prominence.