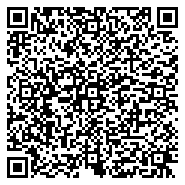 Figure 1: Schematic diagram of soft X-ray irradiation. Setup for measuring the sample temperature using a TC and a pyrometer was also shown. The soft X-ray generated at the undulator source irradiated with the sample surface via M0 mirror. Figure 2: (a) Optical image of the inside of soft X-ray irradiation chamber. (b) Setup for measuring the photocurrent.

The light spectrum was calculated using SRW [23]. In the calculation, the storage-ring energy, storage-ring current, undulator gap were 0.987 GeV, 100 mA, and 46.7 mm, respectively. In addition, the reflectivity of soft X-ray on M0 mirror was also calculated in the range of 0 and 1000 eV by SRW. The M0 mirror consisted of Pt (56 nm)/Cr (5 nm)/Si substrate. The surface roughness of each layer was assumed to be 0.1 nm. The irradiated photon number on the sample surface was estimated theoretically by product of the photon flux at the generated point and the reflectivity on the M0 mirror.

The electron energy of the NewSUBARU ring was 0.987 GeV during this experiment. The photon energy incident on the sample was controlled by changing the gap in the undulator. The photon energy was 115 eV. The wavelength of X-ray was 10.8 nm. The ambient pressure during irradiation was 5 × 10-5 Pa. The X-ray beam size was 7.5 × 7.5 mm2, measured using a fluorescent plate on the sample holder.

Figure 3: Photocurrent as a function of undulaor gap. The photocurrent was measured using the PD at the storage-ring current of 2.2 mA. The undulator gap at 115 eV was shown as an arrow.

In this experiment, a monocrometer was not used. Therefore, many higher-order light was included in the irradiated soft X-ray. The calculated photon flux at gap of 46.7 mm and the storage-ring current of 220 mA is shown in Figure 4a. This pattern of photon flux intensity is decided by polarization constant, K parameter. In this apparatus, the photon below 50 eV was cut by a filter. The 3rd order light of 115 eV is mainly generated under condition of 46.7 mm. However, other X-rays with high-photon flux are generated at 192 eV (5th) and 268 eV (7th). In addition, the reflection mirror (M0 mirror) with Pt (56 nm)/Cr (5 nm)/Si substrate structure was used to switch the beam line and the reflectivity of M0 mirror have the photon energy dependence as shown in Figure 4b. Therefore, the photon-flux dependence of photon energy on sample surface was calculated by product of photon flux generated from the unduator source (Figure 4a) by the reflectivity of the M0 mirror. The calculated photon flux on the sample surface is shown in Figure 4c. Although the photon flux was low above 500 eV, in order to estimate the actual sample temperature, the photon flux should be considered not only single photon energy (115 eV) but also each photon energy. Figure 4: (a) Calculated photon flux at the undulator gap of 46.7 mm and the storage-ring current of 220 mA. (b) Reflectivity of M0 mirror with Pt (56 nm)/Cr (5 nm)/Si substrate. The cross-sectional structure of M0 mirror is illustrated in insert. (c) Photon-flux dependence of photon energy on the sample surface was calculated by product of photon flux generated from the unduator source by the reflectivity of the M0 mirror.

The temperature distribution of the a-Si film/glass substrate is shown in Figure 5. The temperature distribution was measured using a TC during soft X-ray irradiation for a storage-electron energy of 0.987 GeV, storage-ring current of 220 mA, radiation dose of 50 mA h, and the undulator gap of 46.7 mm (photon energy of 115 eV). The maximum and minimum temperatures were 953 and 613 K, respectively. The difference in temperature was large, in spite of the small sample sizes, because the area of high photon-flux density was small and the thermal conductivity of the glass substrate was low (7 × 10-4 W m-1 K-1).

Figure 5: The measured temperature distribution on the a-Si film/glass substrate. The storage-ring current and undulator gap were 220 mA and 46.7 mm (photon energy of 115 eV). The measurement points were 9 points by each 4 mm length. Figure 7: (a) Optical image of the soft-X-ray-irradiated a-Si film/glass substrate. (b) Raman spectra measured at positions a, b, and c.

The authors would like to acknowledge to Professor K. Kanda of LASTI, University of Hyogo for suggestion of soft X-ray irradiation.