Digoxin Medical Uses and its Side Effects 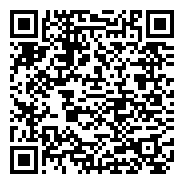 Digoxin (also known as Digitalis) is a medication used to treat various heart conditions. It is also marketed under the brand name Lanoxin. It is frequently used to treat atrial fibrillation, atrial flutter and heart failure. Digoxin is one of the oldest cardiology medications. It works by increasing myocardial contractility, increasing stroke volume and blood pressure, decreasing heart rate and slightly extending contraction time. Digoxin can be taken orally or intravenously. When administered at average doses to patients with normal renal function, digoxin has a half-life of nearly 30 hours. It is mostly metabolised undamaged in the urine.

Breast enlargement is a common side effect with other side effects generally caused by an excessive dose. These side effects may include nausea, vomiting, difficulty seeing, confusion and an irregular heartbeat. Elderly people and those with impaired kidney function require extra attention. It's unclear whether using it while pregnant is safe.

Increased intracellular calcium lengthens phases 4 and 0 of the cardiac action potential, resulting in a slower heart rate. Increased Ca2+ levels cause increased calcium storage in the sarcoplasmic reticulum, resulting in a corresponding increase in calcium release during each action potential. This causes the heart's contractility to increase without increasing the heart's energy expenditure. Inhibiting the sodium pump may improve baroreceptor sensitivity in heart failure and may explain some of digoxin's neurohormonal effects. Digoxin has significant parasympathetic effects, especially on the atrioventricular node. While it increases the magnitude of myocardial contractility, it only slightly increases the duration of the contraction. Its use as an antiarrhythmic drug stems from its parasympathetic stimulating properties both direct and indirect. By increasing the refractory period of cardiac myocytes, vagus nerve stimulation slows conduction at the AV node. Because the AV node is slower, the ventricles have more time to fill before contracting. This anti-chronotropic effect works in tandem with the direct effect on cardiac pacemaker cells. The arrhythmia is not affected but the heart's pumping function improves as a result of improved filling. Other electrical effects include a brief increase in action potential followed by a decrease as K+ conductance increases due to increased intracellular Ca2+ ion concentrations. The refractory period of the atria and ventricles is reduced, whereas it increases in the sinoatrial and AV nodes. The resting membrane potential becomes less negative resulting in increased irritability.

Conduction velocity rises in the atria but falls in the AV node. The impact on Purkinje fibres and ventricles is insignificant. The atria, AV node, Purkinje fibres and ventricles all have increased automaticity. Digoxin is typically administered orally but it can also be administered intravenously in emergency situations. While IV therapy may be more tolerable digoxin has a very long distribution half-life into cardiac tissue, delaying the onset of action by several hours. Digoxin is given once daily, usually in 125 g or 250 g doses and has a half-life of about 36 hours in patients with normal renal function. Digoxin is primarily eliminated through renal excretion and involves P-glycoprotein, resulting in significant clinical interactions with P-glycoprotein inhibitor drugs. Examples include spironolactone, verapamil and amiodarone which are commonly used in patients with heart problems. Depending on the medical indication, effective plasma levels differ. Levels between 0.5 and 1.0 mg/ml are recommended for congestive heart failure. This recommendation is based on a post-hoc analysis of prospective trials, which indicates that higher levels may be associated with higher mortality rates. Plasma levels are less defined for heart rate control (atrial fibrillation) and are generally titrated to a target heart rate.