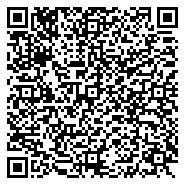 Background and Objective: With the advent of the industry, the risk of heavy metals entering the environment has increased. Industrial sewage is considered as an important source of water pollution. Heavy metals, including cadmium, have toxic effects on humans and the environment. Today, the use of microorganisms, including bacteria, in biological refining has been considered as an environmentally friendly and cost effective method. In this study, the ability of Halomonas elongata IBRC-M10433 strain isolated from sediments of Lake Urmia to remove cadmium from metals has been considered. The aim of this study was to optimize the environmental conditions of removal of Cadmium metal by Halononas elongata IBRC-M10433.

Method: Design of Experiments Taguchi method to determine the optimum conditions relative to environmental factors such as Ammonium chloride (NH4Cl) as a source of nitrogen, and phosphate potassium (K2HPO4) as a source of phosphorus and cadmium concentrations in biological removal of cadmium was studied by the bacterium Halomonas longata IBRC- M10433.

Materials and methods: Taguchi experimental design was designed to determine the relative optimal conditions of environmental factors such as ammonium chloride (NH4Cl) as a source of nitrogen, potassium phosphate (K2HPO4) as a source of phosphorus, cadmium concentration in cadmium biodegradation by Halomonas Elongata IBRC-M10433 was studied. Data analysis was performed using Qualitek-4 software and the relative importance of each of the factors was determined.

Discussion and conclusion : Due to high costs and environmental problems, conventional methods of removing heavy metals are an effective and cost effective biological removal. The use of relative salt bacteria is beneficial in bio-refining with a high uptake of heavy metals.

With the development of the industry, living conditions have improved, but the release of large quantities of pollutants into the environment that has been carried out through air, water and soil has affected life [1]. The heavy use of heavy metals has resulted in the release of toxic substances into the environment [2]. In low concentrations, metals often play important functions in the production of enzymes as important components of biological processes. But at concentrations above a certain level, they can be toxic [3].

The main dangerous of metal is deal of stability and resist to decomposition in environment [4]. Heavy metals are harmful for cells, because inhibited of proteisynthesis, protected of enzymatic process and prevented of cell dividing [5].Cadmium causes acute and chronic diseases such as cancer, kidney disease, pulmonary disorder, weight loss, kidney damage, digestive and bone discomfort [6]. Cadmium absorption has the same mechanism of calcium and iron absorption, and thus replaces an essential element, thereby increasing the iron content [7]. Biological cleanup is a process in which cellular components or metabolic activities of microorganisms can be used to remove toxic substances from the environment and convert them into non-toxic and harmless substances [8]. The process of biological absorption is economical, environmentally friendly and has high absorption efficiency [9]. Different mechanisms of microbial resistance facilitate the biological cleansing function of germs [10].Increasing salt concentration can be fatal to microorganisms. However, resistance to salt soluble bacteria depends on sodium and potassium ions and is essential for the growth and activity of enzymes and pumps [11]. Optimum environmental conditions make it possible for bacteria to grow and multiply, and the adverse environment reduces their growth [12].

The purpose of this study was to investigate the effect of environmental factors on the removal of Cadmium metal from aqueous solution by Halomonas elongata IBRC-M10433.In this study, with the Taguchi method, the relationship between the factors affecting the absorption process was obtained. Using the optimum conditions, factors were determined. Optimizing environmental conditions will increase efficiency. The temperature range is a natural temperature that does not require cooling and heating costs at the industrial scale. With the lowest amount of absorbent consumption, the most absorbing capacity was economically economical.

For design of experiments we used Taguchi method and Quailtek-4 software (V. 14.5, Nute Inc., MI, USA). The effected factors in biologic removal were selected. The factors such as concentration of metal, NH4Cl and KH2PO4 in tests for Cadmium removal were segregated (Table 1).

Table 1: Factors and their levels used in Taguchi DOEs to investigate bioremediation of cadmium by H. elongate IBRC-M1043.

In order to investigate the effects of different conditions on removed of Cadmium ion we used ANOVA and Data were analyzed by QULITEK-4 software.

Results from this research indicated that halophilic bacteria have high efficiency for biologic refinement and control of pollution from heavy metals in industrial wastewaters. Taguchi is a suitable method for experiments design and achievement to optimization conditions. In this method at first the effects of factors and their concentrations were determined. In recent study the effects of three factors Cadmium metal (50, 100 and 200 ppm), NH4Cl (1.5, 2 and 2.5) g/L and KH2PO4 (0.03, 0.6, 0.9) g/L for removed of heavy metal by H. elongate IBRC-M10433 were examined. The higher efficiency for removed of Cadmium metal (80%) in concentration of 50 ppm happened in culture medium that contains KH2PO4 0.3 g/L, NH4CL g/L in pH 7 and 37°C (Table 2). In different bacteria that biological removal was optimized the ranges of pH were 5-7 [14].

Table 2: Taguchi DOEs and corresponding bioremediation of cadmium by H. elongate IBRCM1043.

Table 3: The effects of different levels of factors on bioremediation of cadmium by H. elongate IBRC-M1043.

Figure 1: Graph representing decrease in percentage removal of Cadmium with increase in primary concentration of Cadmium.

Figure 2: Graph representing decrease in percentage removal of Cadmium with increase in concentration of NH4Cl.

In order to investigate the effects of different conditions on removed of Cadmium ion we used ANOVA and Data were analyzed by QULITEK-4 software. Differences of L1 and L2 were calculated (5.665). The relative effect of level 2 on level 1 was additive. In contrary KH2PO4 has the lowest difference of average (-2.5). The effect of level 2 on level 1 was decreasing (Table 4).

Table 4: The effects of different levels of factors on bioremediation by H. elongate IBRC-M1043.

Table 6: ANOVA test for Taguchi DOEs re.

Table 7: Prediction of the optimum conditions for the maximum bioremediation of cadmium by H. elongate IBRC-M1043.

By increasing the concentration of metal ions, the number of adsorbent increases which increases the process of adsorption [15,16]. By comparing of results from this research with last publications on Halomona seurihalina persist to Cadmium [17]. Data from recently paper indicated that the Halomonas elongateIBRC-M10433is very useful for removing of heavy metals such as Cadmium from industrial wastewater. The effect different concentrations of factors for Cadmium removal was favorable that confirmed last studies [18]. Sendstatein (1976) stated that the addition of nitrogen and phosphate inorganic increases the process of biodegradation, but does not affect the amount of biodegradation [19]. Manasy et al. reported that Halomonas BVR 1 had a maximum cadmium uptake of 12.23 mg and a concentration of 200 mg/L. This bacterium has a high capacity of cadmium adsorption, and absorption depends on the pH, temperature and contact time and depends on the high salt concentration [20]. In this research the ability of biological removal of Cadmium from arouse environment by H. elongateIBRC-M10433was examined. Results were analyzed by Taguchi method. The effective factor for largest biological removal of Cadmium by H. elongateIBRC-M10433was determined. Results from this research indicated that H. elongateIBRC-M10433has ability to remove of Cadmium and the other heavy metals from industrial wastewaters.