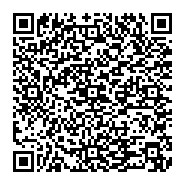 The effect of oxygen content on NO removal and microbial communities of a hybrid catalytic membrane biofilm reactor (HCMBR) has been investigated. NO removal efficiency reached 84.8%, 85.1%, 94% and 94.5% at oxygen content of 2%, 6%, 10% and 17% in flue gas (H2, H6, H10 and H17), respectively. NO removal increased with increasing oxygen content.

The objective of this work is to study the effect of oxygen content on nitric oxide removal performance and microbial community of a hybrid catalytic membrane biofilm reactor (HCMBR). The study evaluates the effect of oxygen content on nitrification/denitrification and membrane catalysis, and analyzes microbial diversity, bacterial community in HCMBR assessed by 16S rDNA and metagenomics sequencing method, which is believed to promote the application of the HCMBR.

The experimental flow loop of N-TiO2/PSF hybrid catalytic membrane biofilm reactor used in the study was shown in our previous study [5]. The influence of oxygen on nitrification/denitrification and microbial community of a hybrid catalytic membrane biofilm reactor (HCMBfR) were evaluated during the 120-d continuous running test under oxygen concentration of 2%, 6%, 10% and 17% (four distinct phases featured by H2, H6, H10 and H17) a waste gas mixture (NO, O2 and Ar) system.

Bacterial community compositions and the gene function of bacterial in the hybrid catalytic membrane bioreactor were assessed by 16S rDNA and High-throughput sequencing method, and identify the colonies of the predominant microorganisms by the procedures of total DNA extraction, polymerase chain reaction (PCR) amplification of 16S rDNA, cloning and sequencing, calculation of similarity and diversity indexes, analysis of the successional route of the community. Sequencing libraries were generated by NEB Next® Ultra™ DNA Library Prep Kit for Illumina (NEB, USA) following manufacturer’s recommendations and index codes were added. Nonmetric multidimensional scaling (NMDS) analysis is a commonly used tool to compare the similarity and dissimilarity between two complex systems. Chimera was detected by UCHIME, and the resulting high quality sequences were processed to generate operational taxonomic units (OTUs) by CD-HIT at the 97% sequence similarity threshold. The taxonomic assignment was performed with the RDP classifier with a confidence cutoff of 0.5. Hierarchical clustering analysis was performed using CLUSTER and visualized using TREEVIEW, and other statistical analyses were performed with the IEG pipeline (http://ieg.ou.edu).

The Effect of Oxygen Content on NO Removal Performance of HCMBR

Figure 1 showed the effect of oxygen content on nitric oxide removal performance of the HCMBR during 120-d continuous running test under the conditions of sprinkling amount of 45 mL min-1, NO inlet concentration of 133.9 mg m-3, gas residence time (GRT) of 8.3 sec at normal temperature. Four distinct phases were observed by oxygen concentration of 2%, 6%, 10% and 17% (designated as H2, H6, H10 and H17). In low oxygen conditions (H2), NO removal efficiency (RE) gradually increased from 64.5% to 69.1% from 1st day to 3rd day. Afterwards, from 4th day to 9th day, RE maintained at 67.6%-69.4%. During the first 9 days, RE fluctuation was about 5.0% and average RE was 67.9%. After 3 days’ sharp increase, RE became more stable in the following 6 days suggesting far better microbial acclimatization. RE increased from 71.9% to 75.4% from days 10 to 21, further from 80.6% to 85.6% from days 22 to 30. This indicated biofilm formation upon hollow fiber membrane surface was progressively underway and a stable microbial community structure formed gradually. But the newly-formed biofilm might block visible light and weakened NO catalytic removal performance. Thus, as NO biological removal performance enhanced, NO catalytic removal performance might decline. High NO removal performance might still be attributed to joint contribution of catalysis and biodegradation. At low O2 content, denitrification might be the metabolic pathway for NO removal. When O2 content in flue gas was increased to 6%, NO removal efficiency suddenly declined to 80.2% at 31st day. RE gradually increased from 80.2 % to 84.5 % from 31st day to 36th day. RE changed from 78.4% to 85.3% from 37th day to 52nd day. RE fluctuated in the range of 77.7%-82.1% from 53rd day to 60th day with an average of 80.2%. Despite frequent fluctuation of RE, the average RE was relatively high (81.0%). Figure 1: The effect of oxygen on performance of HCMBR in different oxygen content during 120-d continuous running test

When O2 content was further elevated to 10%, RE suddenly increased to 86.3% on 61st day. RE fluctuated in the range of 87.3% ± 2.0% from 61st day to 72nd day. NO removal performance achieved further improvement with O2 content increasing. RE suddenly increased to 92.0% on 73rd day and henceforth RE slightly fluctuated within the range of 91.7% ± 1.0% until 81st day. RE underwent an undulant decrease from 86.8% to 81.1% from 82nd day to 90th day. NO removal performance decline was possibly due to catalyst deactivation after long-term operation. RE in H10 was much higher than that in H6. When O2 content was further increased to 17%, RE increased from 81.0% to 85.2% from 91st day to 92nd day. RE slightly fluctuated within in the range of 84.9% ± 1.8% from 92nd day to 122nd day. This was probably attributed to oxygen and nitrate co-respiration thereby aerobic denitrifiers sustainably grew in aerobic environment [10]. HCMBR at 17% O2 content exhibited far more remarkable NO removal performance.

NO removal performance improved and achieved stability gradually in different O2 content. NO removal efficiency reached 84.8%, 85.1%, 94% and 94.5% in H2, H6, H10 and H17, respectively; and elimination capabilities (EC) were up to 50.1, 50.3, 55.5, 55.8 g m-3 h-1, respectively. O2 content elevation led to higher NO removal, which was attributed to aerobic denitrification, heterotrophic nitrification and catalytic oxidation. Catalytic of nitric oxide could further improve NO removal performance and alleviate membrane fouling [11]. Continuous running strengthened microbial acclimatization and adaptability leading to further improvement of NO removal.

The Effect of Oxygen Content on Catalysis and Biodegradation

The Effect of Oxygen on Microbial Diversity

The influence of oxygen content on microbial community was shown by canonical correlation analysis (CCA) (Figure 3b). The result was visualized in a two-dimensional graph explaining 71.6% systematic information (Axis 1: 34.1%; Axis 2: 37.5%).The distances between the genera points in the diagram represented their similarity in relative abundance distribution across 4 samples. More precisely, shorter distance between 2 genera points indicated their relative abundance distribution underwent similar trend in response to O2 content variation and they frequently occurred together. Based on these principles, the bacterial genera were classified into 6 groups. O2 content arrow pointed in the direction of sharpest numerical increase. The specie points could be projected perpendicularly onto the line overlaying the O2 content arrow. These projections can be used to approximate the optimal O2 content for each genus. O2 content arrow also pointed the increasing direction of optima for projection point of each genus. Optimal O2 content for vadinCA02 was the highest while that for Xanthobacter was the lowest. Genus with higher optimal O2 content suggested it was more O2 dependent. Thus, top 5 O2 dependent genera were vadinCA02, Brachymonas, HA73, Comamonadaceae(f) and BA008(f) whereas the last 5 O2 dependent genera were Xanthobacter, Brevundimonas, Fluviicola, Citrobacter and Arcobacter. In summary, PcoA indicated O2 content variation caused 3 levels of phylogenetic shift to the microbial community. Clustering result revealed genera undergoing similar relative abundance variationacross 4 samples. CCA implied the phylogenetic shift was due to languish and flourish of different O2 dependent genera. When O2 content approximated optimum for a specific genus, this genus thrived and vice versa.

The clustering of 19 dominant bacteria genera ≥ 1% in different oxygen content was shown in Figure 4. Clustering of 4 samples was consistent with grouping in PcoA result. H17 and H10 were clustered together due to similar phylogenetic structure and further grouped with H6, whereas phylogenetic structure in H2 was distinct from the other 2 groups. Bacterial genera of similar relative abundance in 4 samples were clustered together, suggesting O2 content variation wielded similar influence on their bacterial growth. The clustering result was consistent with analysis by16S rDNA sequencing. PcoA indicated O2 content variation caused 3 levels of phylogenetic shift to the microbial community. Clustering result revealed genera undergoing similar relative abundance variation across 4 samples. CCA implied the phylogenetic shift was due to languish and flourish of different O2 dependent genera.

The Effect of Oxygen on Bacterial Community

Bacteroidetes gradually decreased as O2 content increased, this suggested it’s active and competitive were decreasing in aerobic environment. Bacteroidetesintervened in proteolysis and performed amino acids fermentation to acetate and Bacteroidetes were denitrifiers [32]. Bacteroidetes was relevant to nitrogen removal and also dominated bacterial phyla in a simultaneous denitrification and sludge fermentation reactor [13]. Many nitrifiers and denitrifiers were affiliated to Proteobacteria [12]. The increase in abundance of Proteobacteria with O2 content increased showed proteobacteria was not strictly anaerobic or aerobic genera. The relative abundances of subdominant phylum Firmicutes of H2, H6, H10 and H17 were in the change of 8.00%, 5.66%, 8.90%, 10.48%. Firmicutes was facultative anaerobic and possibly not sensitive to O2 content variation, whichwas frequently found subdominant in nitrogen removal system [12,14]. In addition, subdominant phyla in H2 included Euryarchaeota (5.49%) and Spirochaetes (6.13%). Spirochaetes only existed

The dominant bacteria genus in H6 such as Bacteroidales, Arcobacterand Paludibacter, theirs relative abundance was the highest in four oxygen levels. Bacteroidales was the dominant genus in H6, its relative abundances was 20.57% in H6, 5.65% in H10 and 5.70% and H17, but only 0.045% in H2. The relative abundanceof Arcobacter was 18.10% in H6, its abundance downshifted to 4.32% in H10, 0.05% in H17 and even zero in H2, suggesting it was also microaerophilic, growth properly in 6% O2 content. Arcobactercould carry out both nitrification and denitrification [26,27]. The relative abundancesof Methanobrevibacter are zero, 4.06%, 1.34%, and 0.21% in H6, H10, H2 and H17. This genus was hydrogenotrophic methanogen and related to nitrogen fixation [28].Other genera of 1.0%-4.0% relative abundance in H6 included PL-11B10(o) (3.48%), Blvii28 (2.23%), Sphaerochaeta (2.02%) , Beijerinckiaceae(f) (1.95%), Corynebacterium (1.42%), Alcaligenaceae(f) (1.33%), HA73 (1.32%) and vadinCA11 (1.02%). Sphaerochaeta and VadinCA11 were associated with anaerobic fermentation [29]. Beijerinckiaceaewas a distinct family consisted of proteobacterial aerobic methanotrophs [30]. Corynebacterium was facultative anaerobe and could perform nitrate reduction [31]. Clones of nosZ and nirK genes had beenaffiliated to Alcaligenaceae suggesting denitrifying ability of this family, HA73 was able to hydrolyze amino acid and produce acetic acid [32].

The dominant bacteria genus in H10 such as Paludibacter, Methanobrevibacter and Brachymonas, theirs relative abundance was the highest in four oxygen levels.

The authors gratefully acknowledge the financial support from the Nation Nature Scientific Research Foundation of China (21377171, 21677178).