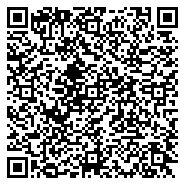 The study was conducted at Tululujia control hunting natural forest areas where coffee plantation forest management system has been invaded the natural forest. The problem of coffee forest management, from a biodiversity point of view, leads to homogenization of the age, size and species composition of forests, consequently, reducing species diversity. Although these problems have been existed in the study area, there is limited information concerning their relative influence on forest biodiversity. Therefore, this study was conducted aiming to evaluate effects of coffee plantation expansion on the woody species diversity, composition, and abundance of Tululujia natural forest. Purposive and Systematic random sampling techniques were applied to locate sample plots. Data were collected from square plots of 20m*20m for trees, 10m*10m for saplings and 5m*5m for seedlings by drawing transect lines. Data analysis was done by using PAST software and Microsoft excel. From the result, a total of 27 woody species from natural forest with 1914 trees/ha and 10 woody species with 498 trees/ha from coffee plantation were recorded. The Shannon Wiener indices (H) for NF and CP were 2.789 and 1.84 respectively. Menhinick's index also showed that NF was more species rich (MR = 1.929) than the CP which had species richness index of 1.4. Forest management activities such as slashing, cutting, and clearing of under canopies within coffee plantation forest management system leads to reduce seedlings and sapling species (affects the regeneration status). Finally, the study concluded that coffee plantation forest management system has a great negative impact on biodiversity conservation particularly in the study area where remaining moist Afromontane forest exists.

Land use change is currently one of the most important drivers of biodiversity loss and changes in ecosystem processes and services and its effects depend strongly on the type, severity, frequency and timing of disturbance [1].

Ecological and historical studies have demonstrated the dramatic human influences on the forest vegetation of Ethiopia [2]. The main driving forces behind deforestation are the expansion of agricultural land, unrestrained exploitation of forest resources, overgrazing and establishment of new settlements into forested land coupled with increasing population pressure. As a result, forest biodiversity is disappearing rapidly in the forest landscapes of Ethiopia [3,4].

Coffea arabica is native to the Afromontane rainforests of Ethiopia. In the Afromontane rainforests, where wild C. arabica occur as understory plants, local communities, by tradition, manage the forest for coffee production. The traditional coffee management system focuses on the reduction of the density of trees and shrubs in order to improve the productivity of the wild coffee plants. The level of management ranges from little or none in the undisturbed forest coffee to significant in the disturbed semi-forest coffee systems [5]. The problem of coffee forest management, from a biodiversity point of view, has been its tendency to reduce the variation in natural forests, leading to homogenization of the age, size and species composition of the forests, consequently, reducing species diversity. The structural modification of the forest led to the formation of tall tree canopy and coffee canopy layers without any intermediate canopy layer [6]. If these management practices continue like this, in the long-term most forest species and even coffee production will be affected. The currently existing coffee shade trees will eventually mature and finally reach a post-reproductive stage. This will lead to the extinction of these species, especially in the case of rare, endemic and ecologically restricted species. Although these problems have been in existence for many years, there is limited information concerning their relative influence on forest biodiversity. Therefore, this study was conducted aiming to evaluate effects of coffee plantation expansion on the forest species diversity, composition and abundance of Tululujia natural forest.

Tululujia control hunting area is located at about 642 km west of Addis Ababa. It covers about 578 km2 and bounded by Kuja, Otuwa and Biftu peasant associations the Guraferda district to the north west, Bero woreda to the south, Gambela region to south west, Meinit Shasha and South Bench districts to the east and north east [7].

A reconnaissance survey was made before the actual data collection to obtain information on the general vegetation patterns of the study area.

To determine the composition, abundance and diversity of woody plants; Four transects from natural forest land use and four transects from coffee plantation land uses were laid at about 200 meters distance from each other (Figure 1). Along the transect lines, two sample quadrat measuring 20 m X 20 m (400 m2) were laid down at 50 m interval from each other . The total sample plot be 16 (8 from coffee plantation and 8 from the natural forest) for each of seedlings, saplings and trees. The sample plot was arranged in a square shape manner with the size of 20*20 m for trees; 10m*10m for saplings and 5*5 m for seedlings. For regenerated seedlings and saplings, only their number recorded. Individual woody categorisation was made as height <0.5 m and dbh<2 .5 cm seedling, h>0.5 m and dbh<5 cm sapling and h>0.5 m and dbh>5 cm tree [8].

In each of these quadrates, the identity and number of all individuals of woody species determined and recorded.

To assess the population structure of woody plants, the diameter and height of individual woody species encountered in the sample quadrates was measured using diameter tape and hypsometer respectively.

The diversity value of woody plant in the natural forest &coffee plantation (disturbed) such as: diversity indices, species richness, evenness and heterogeneity were analysed by using Microsoft excel and PAST software (tools).

The species diversity indices were also calculated by using PAST software after properly encoding the parameters in to the proper indices formulae.

The importance value indices, IVI (the sum of relative frequency, relative dominance and relative density) were used to describe and compare the species dominance of the forest systems.

N = the total number of all species in the sampled plots

DN = the density of all species in the sampled plots

AN = basal area occupied by all species in the sampled plots

The total number of species was taken as measure of richness, whereas the Simpson and Shannon indices were taken as a measure of heterogeneity.

Where ni = the total number of tree of each individual species

N = the total number of trees of all species; Shannon diversity index

Where pi, is the proportion of individuals found in the ith species. The values of Shannon diversity index range from 0 to 5, usually ranging from 1.5 to 3.5 (Magurran, 1988).

Coefficient of similarity of the species of the two different land use types was compared according to [9].

Table 1: Species diversity and dominance of the two land use systems.

Species Diversity and Dominance in the NF

Diversity Family and Rarefaction Curves of the Two Land use Systems Coefficient of similarity of the species for the two different land use types was compared. These land use systems had nine (9) species in common while natural forest and coffee plantation land uses had 27 and 10 total species respectively.

Regeneration Status of the Two land use systems

Seedlings at the two land use systems

On the equal area of land, the sprouted seedling numbers were different in the two land use systems. On the natural forest about 15 woody plant species with the total counts of 118 seedlings observed. At the same time, the total seedling number and species recorded at the coffee plantation were 55 and 13 respectively (Table 4).

Saplings at the two land use systems

The recorded sapling tree species in the two land use systems were incomparable. There were 11 saplings of woody plant species in natural forest but only 3 sapling woody plants with a lower frequency were recorded at coffee plantation site (Table 5).

Table 5: Saplings recorded at the two land use systems

Figure 3: Rarefaction curves of cumulative increase of vegetation species richness (Mean ± SD) at 95% confidence for both of the natural forest and coffee plantation in Tululujia.

Figure 4: Frequency graph of tree species on the two land use system.

The Shannon Wiener indices (H) for NF and CP were 2.789 and 1.84 respectively. The higher H value in NF indicates higher diversity. The randomization test (Solow, 1993) used to compare the H values in the two land use systems indicated that the NF are more diverse than CP at 95% confident interval. The Simpson’s index (S) also showed that the NF is more diverse than CP plots. The S value for NF was 0.906, whereas for CP S was 0.804. Looking to the species, natural forest consisted of more species (83.6%) compared to species number at coffee plantation which was 16.4%.

Intensive managements of forest coffee cultivation to improve coffee production in Ethiopian moist evergreen Afromontane forests results in the functional and structural degradation [12]. This study approves that intensive coffee cultivation has a negative impact on species diversity which leads to depleted tree communities and affects structure and regeneration potential. Tree seedling density in the coffee plantation land use system is decreased by 36.4% compared with seedlings at natural forest. Surprisingly the comparison of saplings on the two land use system shows an incomparable variation. At natural forest about 9400 Saplings/ha were recorded whereas coffee plantation land use system accommodates about 500 saplings/ha. Comparing these number saplings at natural forest is greater by 89.8% than saplings at coffee plantation. This variation was strongly related to the intensity of different coffee management activities such as slashing of undergrowth seedlings and repeated cutting of emerging saplings in the understory within coffee plantation land use systems limits the potential growth of saplings. Similar to this study [11] reported the negative impacts of intensive coffee plantation management on species diversity. Many other studies also revealed the results of this study [13-15].