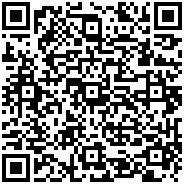 Organophosphate compounds are widely used to control pests. They may not be termed as ideal agents due to the lack of the proper vector selectivity and also the fact that they do cause toxicity resulting into death of humans and domestic animals. The mechanism of action of the organophosphates relates to the inhibition of the anti acetylcholinesterase, which further results in the accumulation of Ach in the nerve terminals. The antidotes which are used to treat the organophosphorus poisoning includes oximes like pralidoxime, obidoxime etc. and also sometimes atropine is also used. Prevention to the continuous exposure of the people working in industry using these toxic agents should be soughed. These pesticides are rampantly used by the farmers without considering the long or short term effects. The alternatives to the pesticide treatments for saving of the crops should be explained to the farmers. The biological pesticides, rotation of the crop and poly cultivation techniques should be made farmer friendly.

Pesticides are biocides that are used to control pests or weeds by killing them. These are toxic agrochemicals used to combat against the growing weeds and pests in the agricultural farms and gardens [1-3]. The term pesticide is a general name that includes all: herbicide, insecticide (e.g., organophosphates, organochlorines, carbamates), insect growth regulator, rodenticide (anticoagulants), insect repellent, herbicides (e.g., paraquat, diquat, 2, 4-dichlorophenoxyacetic acid), bactericide, antimicrobial, fungicide (e.g., dithiocarbamates) etc. They are classified on the basis of target organism, chemical structure and physical states [4]. The compounds labelled as insecticide fall into this category only (e.g., organophosphates, organochlorine, carbamates and pyrethroids) and herbicide (bipyridyl compounds) [5].

Organophosphates were originally developed in early 1940s as biological warfare agents which were immensely toxic. Organophosphorus pesticides have their primary toxicological action arising from the irreversible inhibition of acetylcholinesterase and butyryl cholinesterase [6]. Potentially all antiacetylcholinesterase have the similar mechanism of toxicity which can be summarised as phosphorylation of AChE, resulting into excessive accumulation of Ach, causing paralysis of the sympathetic transmission and result into the signs of cholinergic toxicity. Butyryl cholinesterase inhibition, by contrast does not result in any clinical features [6,7]. These pesticides can be absorbed by all routes, including inhalation, ingestion and dermal absorption. The toxicokinetics and toxicodynamics of organophosphate poisoning vary with the route and extent of exposure as well as the chemical structure of the agent..

Mechanism of Toxicity of Organophosphates

The organophosphates cause toxicity after their absorption from skin, mucous membrane and respiratory tract. They are metabolised, hydrolysed by a group of enzymes called esterases. These compounds bind to the esteratic site on the acetylcholinesterase molecule phosphorylating the enzyme and thus leading to the inhibition of its normal action. The bond formed between the esteratic site and phosphorus is stable [8]. A process of enzyme ageing occurs following which a radical from the inhibited enzyme is cleaved which makes it resistant to rephosphorylation [9]. This complete sequence results in the accumulation of ACh at the nerve endings. The phases which are distinctly observed are the initial stimulation and eventually exhaustion of cholinergic synapse. The muscarinic symptoms observed are diarrhoea, lacrimation, miosis, bronchospasm, salivation, bronchorrhoea, bradycardia and frequent urination. Visible fasciculation may be a reliable sign of poisoning. These OP pesticides apart from their inhibitory effect on the AChE also change the oxidative stress [10-12].

The antioxidant mechanism is one of the several mechanisms of the body to counteract the damages which are caused by free radicals. They inhibit the oxidative damage to the target molecule by neutralizing them. Antioxidants scavenge and quench the free radicals and in the process are oxidised and thus inactivated [13]. The balance between the production of the free radical and antioxidant pool contributes to the immune system [14].

Organophosphates have the ability to produce lipid peroxidation and alter body antioxidant status [15]. Thus the stimulation of the production of free radicals, lipid peroxidation induction that is disturbance of the total antioxidant capability of body is the toxicity mechanism of most of the pesticide which include OP, herbicide and organochlorides [15-19].

The crucial role of soil biota is in carbon flow, the cycling of the nutrients which affects the fertility of the the soil and plant growth [20-24]. Hence, any change in these, may it be of population or activity, will affect the entire soil system [25-28]. Organophosphates destroy the soil biota as the non- target agent. These in turn reduce the important soil function like soil quality and soil fertility development .

Biological Magnification and Manifestation of Organophosphates

These chlorinated hydrocarbon pesticide dissolve in the fats, and also are not excreted so the organism retains it indefinitely. They are concentrated in each level of the food chain. Pests can also develop resistance to the pesticide which will need the introduction of a new pesticide or the increased amount of the used pesticide which further increases the amount of the global pollution problem being faced .

The use of pheromones (biological pest control), microbial pesticides, genetic engineering can serve as alternatives to pesticides [30,31]. Further changes should be brought in the cultivation procedures like crop rotation, polyculture etc. The biological pesticide based on bacteria, virus and entomopathogenic fungi which cause disease in the pest species can also be used [32]. The insect reproduction mechanism can also be interfered by sterilizing males of the target species [32,33].

Paraquat and round up treated soils, cause a considerable decrease in heterotrophic aerobic bacterial count (HAB) and population of fungus. They are harmful to nematode, earthworms and other biological organisms. These hinder the decomposition of some organic matter of the soil and alter the plant biomass resulting in obstruction of the biological activity of soil biota, cell growth and division and molecular composition of soil biota. All the study carried out in this direction suggests that pesticide induce toxic actions in humans and animals. Hence more attention to the reduction of pesticide usage in the environment is suggested .

The prime aim of this paper was to give a synopsis review about the effect of pesticide and organophosphates on the soil biological community. Government authorities should be effectively encouraged to control the licencing, manufacturing, storage, import, method of use, delivery, disposal of these organophosphate products. Understanding the detrimental effect is vital for ensuring healthy soil and the crop yield conditions, water sanitation and environment quality.