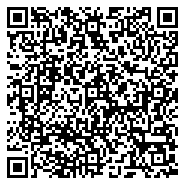 The cross-sectional study was carried out from January to May, 2015 to assess prevalence of bovine trypanosomosis and apparent density of its vectors in Yayo district Iluababora zone of western Oromia. In current study 408 cattle were randomly selected for the study of bovine trypanosomosis prevalence in the district. Blood sample were collected from ear vein of cattle drawn into heparinized capillary tube then centrifuged and buffy coat techniques and thin blood smear were used to identify species of trypanosomes. This revealed that overall prevalence 7.4%, 95% CI: 5.1- 10.0% with the highest rate of infection of Trypanosoma congolense (66.7%) than Trypanosoma vivax 8(26.7%) and mixed infection 2(6.7%). Prevalence of trypanosomosis higher in female cattle 8%, 95% CI: 5.0- 11.6%, old cattle 25%, 95% CI: 0.0-62.5% and poor body condition score cattle 9.3%, 95% CI: 3.7-14.8% and they were insignificantly associated with the bovine trypanosomosis prevalence. Bovine trypanosomosis prevalence was higher in aneamic 26(7.54%), poor body condition score (10(9.26%), female 21(8.11%) and old cattle 28(7.49%) and all the risk factors are insignificantly associated with trypanosomosis prevalence. The mean PCV of the infected cattle, male cattle and medium body condition score cattle were 17.767%, 95% CI: 15.96-19.58%, 20.274%, 95% CI: 19.78-20.77%, 20.09%, 95% CI: 19.53-20.65% lower than their perspective, respectively. In study 45 monopyramidal traps used to assess apparent density of tsetse flies and other biting flies in the district were Glossina pallidipes and G.f. fuscipes caught with overall apparent density of 142.41 FTD and other biting flies Tabanus, Stomoxys and Heamatopota. This indicates that how much tsetse flies and trypanosomosis challenge the livelihood of farmers. Therefore, chemoprophylaxis and prophylactics techniques and vector control techniques should be implemented.

Bovine trypanosomosis is disease that results in scarcity of animal production and productivity in sub-Saharan African countries which include western and southwestern parts of Ethiopia. It covers over 10 millions of square kilometers of potentially productive land [1-2]. Vector borne trypanosomosis is excluding some 180,000–200,000 km2 of agriculturally suitable land in the west and southwestern parts of the country; leaving 14 million of cattle, equivalent number of goat’s and more than 7.5 million equines and 2.3 million of camels are at risk of contracting trypanosomosis [3].

Trypanosomosis is one of the diseases that are caused by flagellated protozoan parasites which belong to the genus Trypanosoma. Trypanosoma is a unicellular parasite found in the blood and other tissues of vertebrates including livestock, wild life and people [4]. The species of trypanosomes are known to exist in Ethiopia, which are pathogenic to cattle, are Trypanosoma congolense, Trypanosoma vivax and Trypanosoma brucei. They are distributed mainly in tsetse belt region of the Ethiopia. However, T. vivax is also found in areas outside of the tsetse belt, where it can possibly be transmitted by mechanical vectors of biting flies [5-6].According to National Tsetse and Trypanosomosis Investigation and Control Center [2], tsetse transmitted animal trypanosomosis still remain as one of the largest cause of livestock production losses in Ethiopia. Trypanosomosis is characterisations are intermittent fever, anaemia, immunodepression, heartfailure, oedemas and wasting. Methods used to reduce trypanosomiasis and its effects are use of drugs for curative and preventive and use of trypanotolerant cattle (Muturu and N'Dama). Economic impacts developed are direct losses (loss of production, mortality and abortion), cost of control (cost of drugs, transportation cost to field and operators salaries) and indirect losses (loss of potential production) [4,7].

There are 22 different species of tsetse flies inhabit Africa. These species are arranged into three groups based on their male genitalia construction. Groups are morsitans, palpalis and fusca. Studies interest for tsetse distribution are emanated from firstly tsetse belts continue from one country to the next, across the national boundary, secondly an expansion of a tsetse belt in one country may cause the belt to come up to and cross an international boundary and thirdly knowing the continental distribution of tsetse species gives a greater understanding of what stops the fly from spreading further, and whether a spread beyond the present limits in a particular country is likely. Distribution of morsitans group is limited by climatic (cold winter and hot dry) conditions and scarcity of game animals as well it is the most widespread group. However, palpalis group limited to very humid areas and fusca group limited to thickly forested areas. Tsetses are able to find their hosts by their sense of smell and by sight. Tsetse fly importance is its ability of spreading trypanosomosis among domestic animals and man. For this reason, very large areas of Africa are without cattle which are prevented economic development these areas. Tsetse infested areas lie in the lowlands and also in the river valleys of Abay (Blue Nile), Baro, Akobo, Didessa, Ghibe, and Omo in Ethiopia. Five species of Glossina (G. morsitans submorsitans, G. pallidipes, G. tachinoides, G. fuscipes fuscipes and G. longipennis) have been recorded in Ethiopia [2,4,5].

The study was conducted from January to June, 2015 in Yayo district, Western Oromia, which is situated at 550 km West of Addis Ababa in Ilu Aba Bora Zone. The mean annual rainfall in Yayo district ranges from 1000 to 1500 mm. The annual temperature ranges from 15-31°C. The altitude of the area ranges from 1,000 to 2060 m above sea level (m.a.s.l). The Geba forest which is registered on the United Nations Educational, Scientific, and Cultural Organization (UNESCO) for its natural habitats is located in the study area. The area has a number of wild animals, such as African buffaloes, Bush pigs, warthog, bush buck, kudu, hippopotamus, crocodiles, hyena, antelopes and snakes which are claimed to serve as sources of food for the vector of trypanosomes. The cattle in the district are local breeds that are kept under traditional extensive husbandry systems with communal herding. Agriculture is the main livelihood of the society with mixed farming system and livestock play an integral role for agriculture. Currently, at the time of study the livestock populations of district were 60,000 cattle, 30,120 Sheep, 35,120 Goat, 5,232 Donkey, 4,693 Horse, 2,722 Mule and 80,000 Poultry. Sample size was determined using 95% confidence level, 50% expected prevalence and 0.05 desired absolute precision using the formula described by Thrusfield [8]. Therefore, a total of 408 cattle were randomly examined for bovine trypanosomosis to increase precision.

Yayo district was selected purposely based on the extent of the existing problems, the complaints of farmers and the level of medium to high tsetse challenge in the area from the report of the field veterinarian in the district. A cross-sectional study design was engaged and three peasant associations were selected based on the veterinary reports of the trypanosomosis and tsetse infestation in the district. Cattle body condition score was categorized as good, medium and poor and their age was categorized as young (<3 years old), adult (3 to 9 years old) and old (>9 years old) according to Nicholson and Butterworth [9].

Buffy coat technique was used immediately as samples collected for the determination of bovine trypanosomosis prevalence. Blood sample collection was performed by piercing the marginal ear vein with a sterile lancet and blood was drawn by a heparinized capillary tube. Then one end (the heparinized end) of capillary tubes were sealed with crystal sealant and centrifuged at 12,000 rpm for five minutes to separate the blood cells and to concentrate trypanosomes using centrifugal forces. Then the Packed Cell Volume (PCV) was determined by packed cell volume reader and recorded. The PCV value ≥25 and <25 were considered as non-aneamic and aneamic, respectively. The capillary tubes were then broken just below buffy coat using diamond pencil and expressed on microscopic slide and covered with a cover slip. It was examined under 40X objective of microscope to identify and detect the presence of the parasites [10]. Those positive were thin smeared to be stain by geimsa staining for further identification into species using their morphological characteristics under oil immersion microscope in laboratory.

For the entomological survey a total of 45 monopyramidal baited traps were deployed in three PA’s of altitude ranges from 1237-1500 m a.s.l. to assess the apparent density, distributions and species of tsetse flies and other biting flies involved in transmission of trypanosomosis. All traps were baited with acetone, Octenol (1-3-Octane) and cow urine filled in separated bottles and labeled and deployed at an interval of 200-250 m. After 72 h of trap deployment, the cages were collected and captured flies were identified and sexed according to morphological characteristics, and counted. The tsetse flies were identified as species level and the other biting flies as the genus level. The apparent density was determined based on the mean catches of flies in traps deployed and expressed as the number of fly catch/trap/day [11].

Raw data were entered into a Microsoft Excel spreadsheet and descriptive statistics were used to summarize the data. The prevalence was calculated for all data as the number of infected individuals divided by the number of individuals examined and multiplied by 100. The association between the prevalence of trypanosome infection and risk factors were assessed by chisquare, whereas the student’s t-test was used to assess the difference in mean PCV between trypanosome positive, negative and overall examined animals. All statistical analyses were conducted using SPSS version 20.0 software. The test result was considered significant when the calculated p-value was less than 0.05. The apparent density of fly population was calculated by dividing the number of flies caught by the number of traps deployed and the number of days of deployment and expressed as fly/ trap/day (FTD).

Table 1. Prevalence of Trypanosoma species with regard to PA’s.

Table 3. Prevalence of trypanosomosis based on risk factor

Table 5. Association of PCV with the factors.

This study incorporated 45 monopyramidal traps to assess apparent density of tsetse flies and other biting flies in the district. Species of Tsetse flies caught in the study areas were G. pallidipes and G.f. fuscipes with overall apparent density of 142.41 FTD. Other biting flies Tabanus, Stomoxys and Heamatopota were trapped during the study period. All monopyramidal traps were trapped within the range of 1237 m 1500 m altitude above sea level. Webo peasant association with the range of altitude 1237 m 1257 m were mostly infested with tsetse flies than other two peasant associations (Table 6).

Species of trypanosomes predominant in the study area was T. congolonse (66.7%) followed by T. vivax 8(26.7%). This study agrees to previous report [12,14-18] that their prevalence ranges from 53.3% to 88.40%. Unlike to this finding T. vivax predominant in Cameroon and Nigeria [21-22]. This difference occurred because of geographical factors and G. pallidipes and G. m. sub-morsitans are efficiently transmits T. congolense than T. vivax in Eastern Africa. In addition, the predominance of T. congolense infection in cattle may be due to the high number of serodams of cattle as compared to T. vivax and development of better immune response to T. vivax by the infected animal [11].

Current study revealed that highest apparent density of tsetse flies that transmit trypanosomosis infection to cattle which severely harm production and productivity of livestock in the district. In the study area T. congolense and G. pallidipes were predominantly occurred in the study area. Hence, the apparent density of tsetse flies in the district was abundant than other areas with similar geography. Female, old and poor cattle were incredible infected by trypanosomes species and those infected, medium body condition score and male cattle possessed a lower mean packed cell volume. Based on this the following recommendations are forwarded:

a. Tsetse flies control techniques should be implemented.

b. Chemotherapeutics and prophylactics techniques should be undertaken.