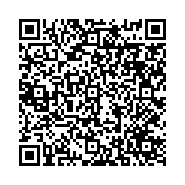 The safety and efficacy of the herbal formulation for mastitis were confirmed using the methodology suggested earlier [3]. Clinical mastitis was identified by CMT method. The pH, (SCC) and (EC) before and 6 days post treatment with EVM involving 27 animals were reported. Freshly prepared fine paste of Aloe vera leaves, Curcuma longa rhizome and calcium hydroxide was applied externally over the udder 10 times per day for 7 days. The udder was washed well with water and the milk from all quarters was removed completely before each application. The affected cows were also fed with 2 lemon fruits twice daily. Bulk milk samples collected from the farmers before and after intervention and tested for the presence of antibiotic residue(s) in milk [4,5]. The formulation was evaluated in vitro for the pharmacological understanding based on the published literature and phytochemical assessment.

Figures 1-3 shows cow treated with clinical mastitis using the herbal formulation has cured within 6 to 7 days of treatment. The pH, SCC, and EC of milk became normal within 6 days of treatment (Figure 4). The combination provides broad spectrum antimicrobial, anti-inflammatory, and immunomodulatory activities. Post-intervention impact analysis after one year showed up to 18-49% reduction in antibiotic residues (Figures 5 and 6) in the milk suggestive of the efficacy of the herbal combination in mastitis, in reducing the use of antibiotics, given the high incidence of mastitis. There was an outbreak of foot and mouth disease in certain areas in 2014 and therefore there is an increase of tetracycline in the milk certain centres like 13 (Figure 7). The phytochemical screening of the formulation revealed the presence of alkaloids, saponins, steroids, carbohydrates, flavonoids, terpenoids, triterpenoids, sterols, emodin and diterpenes. TLC analysis revealed the presence of flavonoids, phenols and glycosides and they exhibited antioxidant activity [6,7]. The molecular docking study revealed that the active ingredients from Aloe vera and Curcuma longa interact with the proteins those play crucial role in Staphylococcus aureus.

Figure 2: The figure shows reduction of pH, Electrical Conductivity (EC) and Somatic Cell Count (SCC) before and after treatment with herbal formula in comparison with normal values.

Figure 3: Mean antibiotic residue with Standard error (Gentamicin, Tetracycline, Ceftriaxone and Ciprofloxacin μg/L) in the milk before (2013) and after intervention (2014). 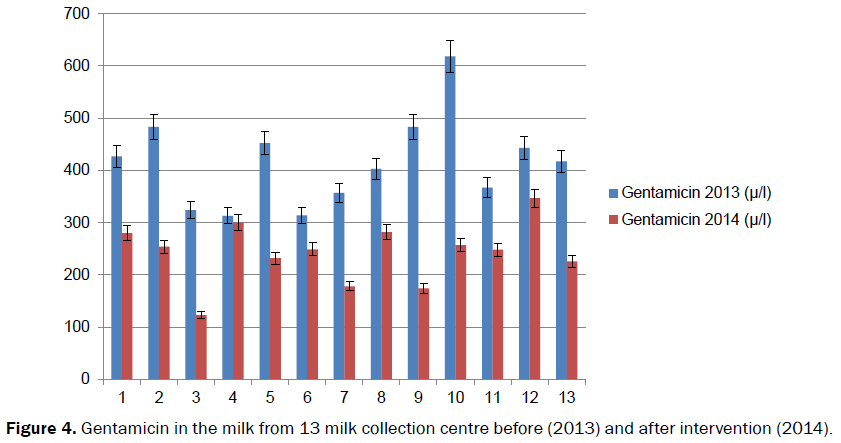 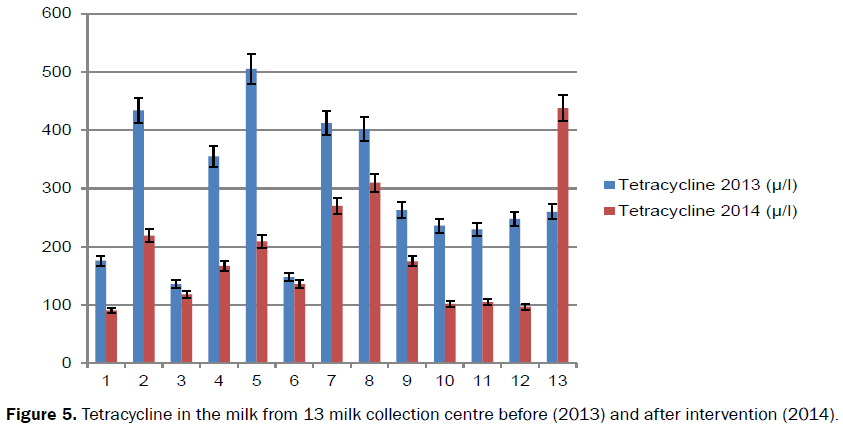 Figure 5: Tetracycline in the milk from 13 milk collection centre before (2013) and after intervention (2014). 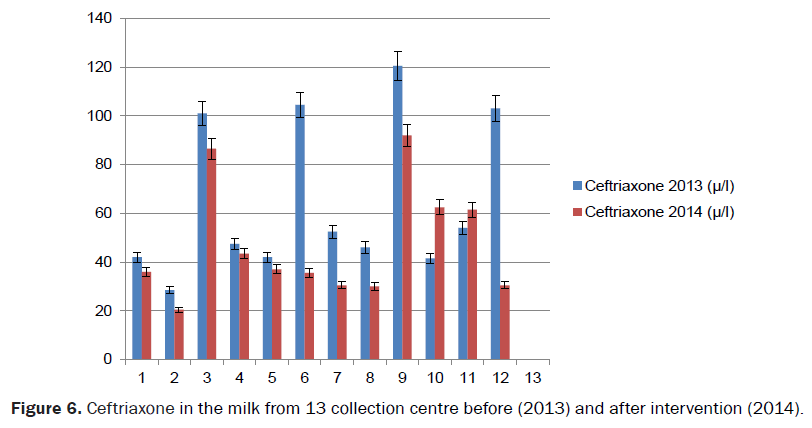 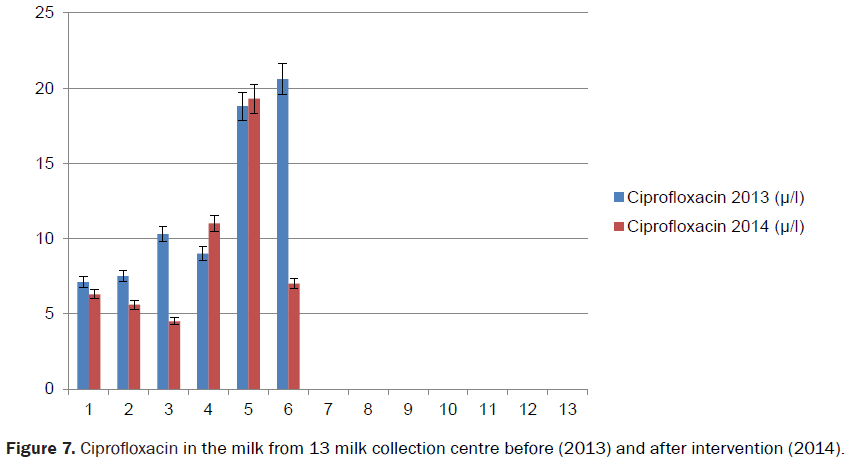 Figure 7: Ciprofloxacin in the milk from 13 milk collection centre before (2013) and after intervention (2014).

As per the texts of Ayurveda, mastitis is known as Sthanavidhradi, a disease of pitta origin, the drugs used in this formulation (Aloe vera, Curcuma longa and Calcium hydroxide) is potent pitta shamaka (Pacifies Pitta humour). The formulation possesses Krimighna (antimicrobial), Vranashodaka (wound cleanser), Vranaropaka (wound healing), Shothahara (anti-inflammatory) and Srotoshodaka (channel cleanser) properties. Hence, mastitis can be efficiently managed with this formulation. The antimicrobial activity of Aloe vera is attributed to the anthraquinones (aloin and emodin), flavonoids, tannins (active against MRSA), saponins, p-coumaric acid, ascorbic acid, pyrocatechol and cinnamic acid. Alkaloids, tannins, phenolics, terpenoids, phytosterols, saponins, flavonoids, glycosides, fatty acids such as palmitoleic acid and α-turmerone in fixed oils of Curcuma longa also possess antimicrobial activity against wide range of bacteria. The anti-inflammatory activity of Aloe vera is reported to be due to Brady kinase which decreases vascular permeability, neutrophil migration, and leukocyte adhesion and reduces edema formation. It is also found to decrease the production of TNFα, inhibit PGF2α and TB4. Curcumin, the active principle of Curcuma longa is reported to inhibit NF-κB which in turn decreases TNF-α, superoxides, COX-2, iNOS and NO. It inhibits LOX pathway and decreases the formation of leukotriene. Calcium hydroxide is known to possess anti-inflammatory action and reduces edema formation. Thus all the three ingredients in the formulation act at various steps in the inflammatory pathway and synergistically produce anti-inflammatory effect [6-9].

Polysaccharides present in Aloe vera are rich in mannose and act as biological response modifier by targeting antigen presenting cell and cytokine cascade. Acemannan increases TNFα, IL-1B, IFN γ, IL-2 and IL-6; aleoride increases NFκB activation and stimulate macrophages which in turn increase nitric oxide production and other cytokines responsible for immunomodulation. Curcumin also possesses immunomodulatory and antioxidant activity [9]. The urgent need of documentation and revival of these traditional veterinary practices is highlighted in the light of the benefits they provide.

The traditional formulation is very effective in the cure of mastitis. The intervention impact analysis showed 18-49% reduction in antibiotic residues in the milk which indicates EVM based natural products as an effective alternative to synthetic chemicals in dairy farming.

The authors thank Indian Council of Agriculture Research and ETC Foundation the Netherlands for financial support. We also thank Dr. P. M. Unnikrishnan for his suggestions during the preparation of the paper. We also thank the local healers and farmers who have shared their traditional knowledge.

The authors declare that they have no competing interest.