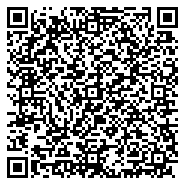 Background: The stainless steel crowns (SSC) offers the advantage of full coronal coverage following pulpotomy or pulpectomy treatments. Despite careful crimping and contouring, gingival margins of SSCs are often less than perfectly adapted and lead to gingival inflammation. Luting cements play an important role in retention of crowns, obtaining a suitable marginal seal and reducing microleakage. So this study was conducted to evaluate and compare the microleakage and tensile bond strength of stainless steel crowns cemented with GC Fuji I cement, Rely XTM luting 2 cement and new self-adhesive cement that is Smart cemTM 2 cement. Material and methods: Tooth preparation was performed on 90 extracted primary molar teeth for SSC restoration. Two groups of 45 samples each for microleakage and tensile bond strength tests were performed and further subdivided into 15 for each of the three cement groups, cemented glass ionomer (GIC), resin-modified glass ionomer cement (RMGIC) or Smart cemTM 2 cement. The samples for evaluation of microleakage were then processed for dye penetration which was scored under a stereomicroscope and tensile bond strength was evaluated by Instron testing machine. Results: The data were analysed using version 20 of the SPSS. Mean microleakage value of Smart CemTM2 cement was less when compared to Rely XTM luting 2 cement (p<0.002**) and GC Fuji I cement (p<0.0001**) and it was statistically highly significant. Mean tensile bond strength of Smart CemTM2 cement was high when compared with GC Fuji I cement and Rely XTM luting 2 cement and it was statistically highly significant (p<0.0001**). Conclusion: Self-adhesive cements were more effective in reducing microleakage and they yielded higher tensile bond strength in cementing stainless steel crowns than adhesive cements.

Stainless steel crowns (SSCs) often are used to restore primary teeth with extensive carious lesions when there is inadequate retention or resistance form for direct amalgam or composite restorations [1].

The stainless steel crowns (SSC), first introduced in 1950 by Engel and developed by Humphrey, is an extremely durable, relatively inexpensive treatment [2]. The advantages offered by SSC are the low cost, less chair time, prevention of recurrent caries, lack of mercury and preservation of normal vertical dimensions [3].

Success of SSC depends on the quality of the tooth preparation, selection and adjustment of an appropriate crown and the luting cements [4]. Despite careful crimping and contouring, gingival margins of SSCs are often less than perfectly adapted. This leads to considerable amount of plaque accumulation at the margins of SSCs [5].

Such microleakage can lead to recurrent decay, inflammation of vital pulps or reinfection of previously treated root canals [7].

During function in the oral environment SSC are subjected to repetitive dynamic loading of tensile stresses during mastication and parafunction [8]. Thus, luting cements play an important role in obtaining a suitable marginal seal and reducing microleakage through the crown margins 1 and maintains their integrity during the stress transfer and helps in the retention of Stainless steel crowns [9].

To overcome the shortcoming of non-adhesive luting cements, these adhesive luting cements like glass ionomer cement, resin modified glass ionomer cement were developed. But these cements have initial slow setting, elastic deformation in areas of high masticatory stress, microleakage in GIC based cements and HEMA in RMGIC being responsible for increased water sorption posed problems [11].

With the advent of development in this field, a new generation of luting cements namely new self-adhesive cement (Smart CemTM2 cement) could prove to be offering improved mechanical and chemical bonding to the tooth with relatively less technique sensitivity.

Teeth which are caries free.

Teeth which have hypoplastic enamel, cracks, caries or restorations.

Ninety intact primary maxillary and mandibular 2nd molar teeth extracted for therapeutic reasons were selected for this study and stored in tap water at 37°C till its use. The apical part of the roots was mounted in acrylic resin blocks. Standardized tooth preparation for SSCs was performed by a single operator. A pear shaped bur (#330 NO. DENTSPLY) was used to reduce 1.0-1.5 mm of the occlusal surface and tapering fissure bur (#169L NO. DENTSPLY) was used to reduce proximal surface. A prefabricated SSC (3M ESPE) was selected by trial and error method, trimmed and crimped until a satisfactory fit was achieved. As this was a laboratory study, the marginal adaptation could be visualized easily and adjusted until the optimal contact between tooth structure and crown margin was achieved [1].

Samples were randomly divided into two groups of 45 samples each for microleakage and tensile strength tests.

Within each group, the procedure of adapting SSCs for cementation on the primary molars is described as follows.

All the cements were mixed according to manufacturer's instructions. After cementation, excess cement was removed using a dental explorer [12]. All cemented SSCs were kept in distilled water for aging over 4 weeks at 37°C. After this period, all teeth were subjected to 500 thermal cycles in 5°C and 55°C water baths with a dwell time of 30 s and a 20 s transit time between baths.

The root surfaces, except for a 1 mm wide zone around the margins of each SSC, were sealed with 2 coats of nail polish and stored in distilled water. All teeth were then immersed in 1% methylene blue dye solution for 24 h. Upon removal from the dye, the teeth were rinsed and sectioned faciolingually across the center of the restorations using a diamond disc with continuous water irrigation and examined the sectioned teeth under a stereomicroscope (LEICA WILD M 3 Z) at 40x magnification and scored linear dye penetration [13] (Figure 1). Criteria for evaluation were as follows:

1=Leakage up to one third of axial wall

2=Leakage up to two third of axial wall Before the crowns were cemented on the prepared teeth, SSCs were altered by making a hole through the central fossa with carbide bur (#557 NO. DENTSPLY). A 1 inch nail was inserted through the hole from the under surface of the crown for subsequent gripping by the test machine. They were then tested with an Instron testing machine (HOUNSFIELD) at a cross-head speed of 0.5 mm/min. Testing preceded for each specimen until the SSC was separated from the tooth. The values obtained were recorded in Newtons (N) [12] (Figure 4). The results were tabulated and statistically analyzed using Statistical Package for Social Sciences (SPSS version-20) by using Kruskal–wallis test to know the differences in the microleakage of different cements and one way Analysis of Variance (ANOVA) test for inter group comparison and Tukey's Post hoc test was performed to know the differences in the tensile bond strength of different cements.

Table 1. Comparision of mean ranks of microleakage of cements.

Observations from Table 2: The mean micro leakage value of Smart CemTM2 cement was less when compared to micro leakage of Rely XTM luting 2 cement (p<0.002**) and GC Fuji I cement (p<0.0001**) and it was found to be statistically highly significant. When microleakage of Rely XTM luting 2 cement was compared to microleakage of GC Fuji I cement it was found to be not statistically significant (p<0.134). Stainless steel crowns are widely recognized as a durable alternative to extensive, multisurface fillings, which are known to have a poor prognosis and often need to be repaired or replaced [15].

Although SSCs have a high clinical success rate, a key reason for its clinical failure is loss of crown due to cementation failure [16,17]. This is mainly due to the fact that they are subjected to repeated loads and temperature changes in the oral environment during function [9] and microleakage between the tooth wall and the crown [18].

The presence of microleakage may lead to postoperative problems such as bacterial accumulation, fluid flow in the gap and detachment of the restoration [19].

Luting cements play an important role in obtaining a suitable marginal seal and reducing microleakage through the crown margins [1].

As all dental materials are subjected to variety of temperature changes in the oral cavity, thermocycling procedure can simulate the same in laboratory settings [20,21].

So the samples were subjected to thermocycling. According to Harper et al. a dwell time 30 s was appropriate since patients cannot tolerate the direct long-term contact of vital teeth with too cold or hot materials [22]. Accordingly, water bath duration for thermocycling was set at 30 s in this study.

Dye penetration method is the most widely used method to assess microleakage because of its sensitivity, ease of use and convenience [23]. The leakage was assessed in this study by the linear penetration of dye from the external margin of the luting agent with a stereomicroscope (LEICA WILD M 3 Z) at 40x magnification using scoring given by Mirkarimi and Bargrizan criteria [14].

The smallest degree of microleakage of Smart Cem2 cement could be due to the organic matrix consists of newly developed multi-functional phosphoric acidic methacrylates. The phosphoric acidic methacrylates can react with the basic fillers in the luting cement and the hydroxyapatite of the hard tooth [25]. Apparently, therefore, this agent is capable of generating an effective seal at the interfaces between restorative alloy, cementing agent and dental tissue [24].

During function in the oral environment, SSC are subjected to repeated loads and temperature changes [18] with luting agents maintaining their integrity during the stress transfer of SSC for teeth support [26].

In the current study, the highest retention values were observed with self- adhesive resin cement, i.e.,: Smart Cem2 cement, (mean ± SD 367.63 ± 14.30 and Table 4) which was statistically highly significant (p<0.0001**) than Resin modified glass ionomer cement and Glass ionomer cement. This is in accordance with the results reported by Yilmaz et al. [12].

The highest degree of tensile bond strength of Smart Cem2 cement could be due to presence of 4-META and PENTA in its matrix. 4-META which has been shown too chelate the calcium ions of hydroxyapatite crystals [27] and exhibits better imbrication on to the irregularities of the metal surfaces [9]. Other advantages are insolubility in the oral environment, adequate consistency and film thickness, [28] superior mechanical properties, optimal bonding to dental structures and reduced micro-leakage.

This is due to fact that Resin modified glass ionomer cement consists of 2-HEMA and unconverted monomer in the set cement. 2-HEMA has an ability to quickly balance the network flexibility after curing of methacrylate groups bonded to polycarboxylate chains. Thus, the rapidly formed polymer network between 2-HEMA and the methacrylate groups of ionized and unionized fractions of polyacrylic acid decreased the rate of the acid-base reaction [30].

Resin modified glass ionomer cement have greater compressive and diametrical strengths as compared to glass ionomer cements. This increase in strength is mainly attributable to their lower elastic modulus and the greater amount of plastic deformation that can be sustained before fracture occurs [31].

In the present study, the low values obtained with respect to tensile bond strength, for glass ionomer were in accordance with the findings of earlier studies [32]. The two inherent drawbacks of glass ionomer cements are moisture sensitivity and low early strength due to the result of slow acid-base setting reactions. Therefore these cements are more susceptible to hydrolytic degradation. Rosenstiel et al. stated that solubility plays an important role in the success of the cements to prevent failure in the retention [33].

In the present study, tensile strength was evaluated considering the prepared tooth surface area. This procedure is very important to determine the real tensile strength because when the prepared tooth area is increased higher retention values are expected. The retention of artificial crowns varies according to the mechanical properties of luting agents, geometric relationship of prepared tooth surface and definitive restoration, because these factors may influence the stress distribution within the cement layer and at surface-cement interface [34].

Hence, it can be concluded that crowns cemented with Smart CemTM2 cement had least microleakage and highest tensile bond strength. Further in vivo studies using these cements will accurately determine their clinical effectiveness.