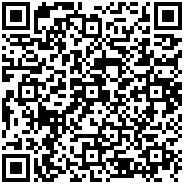 Liposomes, micelles, polymeric nanoparticles, and other Nano carriers have showed great promise in the field of targeted drug delivery, particularly in cancer therapy. The simultaneous assembly of chemical moieties to functionalize nanomaterial’s has been a popular technique for achieving features like as long-term circulation, site specificity, and stimuli sensitivity.

Nano carriers with multifunctionality have a more controlled biological interaction, which improves the efficacy of therapeutic and diagnostic processes. We attempt to discuss the use of various nanocarrier systems for targeted drug delivery as well as current strategies for developing multifunctionality on nanocarrier systems in this paper [1,2].

Nanocarriers are important transport agents because of their small size and capacity to change physical properties like charge and shape to transfer medicinal substances to tissues. Nanoparticles, dendrimers, and polymeric or lipid-based carriers like liposomes are examples of nanocarriers. Instead of the active drug, nanocarriers act as a transport carrier that determines the pharmacokinetics of transport and distribution [3].

Nanocarriers have several advantages, including preventing active medications from degrading, allowing for higher and more efficient concentrations in the target tissue, and reducing the severity of hazardous side effects. Additionally, nanocarriers can be combined to specific ligands to improve their selectivity for target tissues. Certain nanocarriers have the added benefit of blocking cellular efflux pumps, which helps to combat drug-resistant processes found in some cancers [4,5]. For example, using nanoparticles to deliver camptothecin improved both medication delivery and survival in rats with GBM.A comparable comparison of doxorubicin distribution through nanodiamond particles and standard techniques for the treatment of rat gliomas revealed that combining CED and nanocarriers has an additive effect on drug action efficiency and animal survival. Nanocarriers have been studied in other fields of surgery, including the treatment of aneurysms, in addition to malignancies.

Nanocarriers are crucial components in the production of new drugs. They improve bioavailability, protect and stabilise more vulnerable drugs, reduce adverse effects, and enable active targeting. The typical methods for making these nanocarriers, the many polymeric materials used to make them, and some of the more unusual applications of liposomes and nanoparticles [6-7].

A promising method is to use nanocarriers as antibody carriers. Encapsulating an antibody within a nanocarrier, however, is difficult due to the antibody's size and hydrophobicity, which is why few studies have been conducted on nanocarriers containing antibodies. Antibodies have a lot of potential as surface modifiers because they allow for active targeting of overexpressed receptors in the tumour microenvironment or the BBB to improve penetration efficiency. Alternative techniques to induce antibody encapsulation should be investigated further, since the potential therapeutic benefits of an antibody combined with the improved delivery benefits of a nanocarrier is undoubtedly a highly powerful and dynamic forthcoming combination [9].

Nanocarriers can be utilised to target cancer cells passively or actively. The increased permeability and retention (EPR) effect allows nanocarriers to extravasate into tumour tissues via leaky tissues (passive targeting). Nanocarriers concentrate within tumour tissues as a result of faulty lymphatic drainage, allowing medication release in the vicinity of cancer cells. However, because to the possibility of MDR induction, the passive targeting technique may be limited. Attaching targeting ligands to the nanocarrier surface, such as proteins, nucleic acids, and receptor ligands, allows the nanocarriers to be internalised into cells before the medicine is released [10].