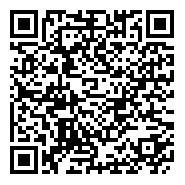 With the increased use of nanoparticles in several consumer products and pending applications in a range of fields from medicine to ink, the safety of these unique materials is increasingly becoming a concern. In addition to their novel physical and chemical properties, their behavior in biological systems and an environment is rather different. The current approaches to evaluating their adverse effects on biological systems are the ones that are developed for molecules and it is very clear that the approaches developed for molecules are suitable for the NPs. The present review article reveals pros and cons of the NP that leads to toxicology.

Thus, emergence of NTs as a modern innovative field well around in 1980s occurred through the studies by Drexler's theoretical and public work, which has been developed and well popularized on the conceptual framework for the nanotechnology, and the highly-visibility experimental advances that drew the additional wide-scale attention to modern biological science along with the modern atomic structure. In 1980s, the two major breakthroughs provoke the growth of nanotechnology of the modern era [1-4]. By the mid-2000s new and serious scientific attention began to flourish. Many Projects has been emerged to produce nanotechnology roadmaps which center on the concept of atomically precise manipulation of a matter and discussing existing and projected capabilities, goals, and applications.

Colloidal of several elements with elements like silver, copper – including formulations now known to contain elements contacting nanoparticles has been used commercially for almost 100 years, typically as a biocide, biofertlizers. However, registration of biocidal silver or copper and nano products has increased dramatically over the last decade, most likely as a result of improved capabilities in Nano science and engineering that allow NPs to be formulated to confer increased durability and/or sustained antibacterial action, even under harsh environmental conditions [4-6]. As is the case for many other types of nanoparticles, a controversy has arisen about whether the Ag NPs should be subjected to increased regulatory scrutiny compared to macro scale or “bulk” Nanoparticles.

Nanotechnology is a fast developing field of twenty first century, and its commercial use of nano particles for novel applications have been increase exponentially. Till date, the scientific basis for the cytotoxicity and genotoxicity of most manufactured nanomaterial’s are not understood. The mechanisms underlying the toxicity of nanomaterials have been studied intensively in the recent times [6,7-15]. The most important mechanism of nanotoxicity is the generation reactive oxygen species (ROS) that leads to ageing, stress etc.

We have seen a wide range of nanotechnology products and they can be classified into several different to range of compound categories, which includes metals and its oxides, carbon, silica and semiconductor. The toxicity of nanomaterials have been studied in different other biological systems and both in cell line systems (in vivo) and different organisms (in vitro), which include humans, rodents, and aquatic species, macrophages, catfish, zebra fish even plant species such as algae. Carbon and its related metallic nanomaterials are among the most widely used as engineered nanomaterial or particles. Metalloid Nano particles such as nano-gold (nano-Au)[16], nano-silver (nano-Ag)[17], nano-copper (Cu+2)[18], nanoaluminum (Al+3)[19], nano-nickel (Ni)[20], nano-cobalt (Co)[21], and other nanoparticles, has been extensively studied. Metal nanoparticles are extensively industrial materials that are widely used as additives in food colorants, cosmetics and pharmaceuticals such as nano drugs.

Overproduction of ROS and Cell Damage

In the matrix cell of mitochondria, Adenosine triphosphate is synthesized by oxygen is reduced to water through a sequence of coupled reaction between proton and the electron transfer reactions in mitochondrial matrix. During this process, a small amount or percentage of oxygen is completely reduced to water in turn, resulting in the formation of superoxide anion radicals which forms chain reaction and subsequently react with the other forms of oxygen-containing radicals. Thus, Reactive Oxygen Species is byproducts of all cellular oxidative metabolisms, which occurs in the mitochondrial matrix [22-25].

Overproduction of such Reactive Oxygen Species can induce oxidative stress, resulting in normal cells in which failing to maintain their normal physiological redox-regulated functions to maintain their integrity. The damage in cell function and development includes oxidative modification of proteins to generate protein radicals, initiation of lipid peroxidation, DNA-strand breaks and modification to nucleic acids, modulation of gene expression through activation of redox-sensitive transcription factors and the modulation of inflammatory responses through signal transduction [33-39].

Mechanism of Nanotoxicity – What Happens Actually?

As for the single-dose toxicity studies, administration routes are most commonly studied through oral followed by the dermal and inhalation as per the demands of different route and duration of exposure in humans. Repeat-dose dermal studies may be by-passed with the rational and valid points of the outcomes of repeat-dose oral studies [53-57]. Realizing the needs and its importance of assessing of a toxicological aspects of therapeutic studies on nanoparticles, several research have been conducted to study on various toxicological studies of curcumin loaded into polymeric nanoparticles designed to cure ulcerative colitis.

However, to meet challenges efficiently it’s presented by the toxicological issues of a therapeutic nanoparticles, it’s very integrated research is still warranted to formulate the designed and consistent of an experimental protocols the accurate in determining the hazards associated with these systems and steer towards predictive toxicological principles [58-65].

Does Nano Particles acts like a Wolf in Sheep's Clothing?

Humans and animals were exposed to toxins via dermal exposure to skin, ingestion and may be through inhalation. Concentration of toxicity in the systemic bloodstream depends upon the mode of exposure and transfer of an ingested toxin through the barriers like membrane, metabolism and excretion and nonspecific distribution of toxins into different tissues. A tiny fraction of the toxin may reach the target site. The toxins target interaction initiates a series of mechanisms, (necrosis, DNA damage, and membrane toxicity). The fate of nanoparticles has been given in the flow chart [66-71]. They were many toxicological pathways which are responsible for the nanoparticle such as Membrane damage/leakage/Thinning (Cationic NPs) Protein binding, unfolding responses, loss of function, fibrillation (Metal oxide NPs, polystyrene dendrimer, carbon nanotubes [72-74]) DNA cleavage/mutation (Ag NPs) [72-76]. Mitochondrial damage, electron transfer, adenosine triphosphate synthesis, apoptosis (Si NPs, Cationic NPs, ultra-fine particles [77-81).

While my survey did not disclose conclusive evidence that Nano particle acting to like English proverb Wolf in sheep's clothing according to few negative reports listed do not permit drawing the conclusion. Only much further experimentation could provide definite evidence one way or other. The usage of Nanoparticles, due to their outstanding characteristics, properties and the result outcome which allows the development in the various fields of science i., electronic, novel medical and industrial products. Application of nanoparticles has in the research and commercially increased day by date in the last decade, thus generating interest and safety along with health aspects of nanoparticles [82-85]. In addition, due to the unique characteristics, properties, especially exceptionally high surface tension ratio and surface activity, further complicate their safety and health issues that may leads to the toxicity for the human being.